1947 The Times out of Streator, Illinois, shared a story called Ailment of 2 Boys Solved by Botanist.
Here's what it said:

"Two eight-year-old boys gave their parents a bad time when they fell victims to raging fevers and hallucinations in which weird animals stalked across the ceiling. The frantic parents summoned psychiatrists, but it was a botanist Dr. [Otto Emery Jennings] of the University of Pittsburgh who finally solved the mystery.
Dr. Jennings said yesterday, the boys had nibbled on some jimsonweed found on a vacant lot near their homes. The plant - famed in cowboy songs and history books - has seeds containing a substance used in medicine and which produce fever and delirium."

The same weed poisoned many English soldiers at Jamestown, Virginia in 1608 as they tried to suppress Bacon's Rebellion. This is why, in addition to being called Jimsonweed (Datura stramonim), it is also called Jamestown Weed or Devil's Snare.
In Robert Beverley, Jr's, book about the history of Virginia, he describes the crazy scene at Jamestown:

"The Jamestown Weed (which resembles the Thorny Apple of Peru... was gathered ... for a boiled salad, by some of the soldiers sent thither to quell the rebellion of Bacon ...
Some of them ate plentifully of it, the effect of which was a very pleasant comedy, for they turned natural fools upon it for several days:
One would blow up a feather in the air;
Another would dart straws at it with much fury;
And another, stark naked, was sitting up in a corner like a monkey, grinning and making [grimaces] at them; A fourth would fondly kiss and paw his companions, and then sneer in their faces ...
In this frantic condition they were confined, lest they should, ... destroy themselves — though it was observed that all their actions were full of innocence and good nature.
[Although], they were not very cleanly;
A thousand such simple tricks they played, and after eleven days returned themselves again, not remembering anything that had passed." 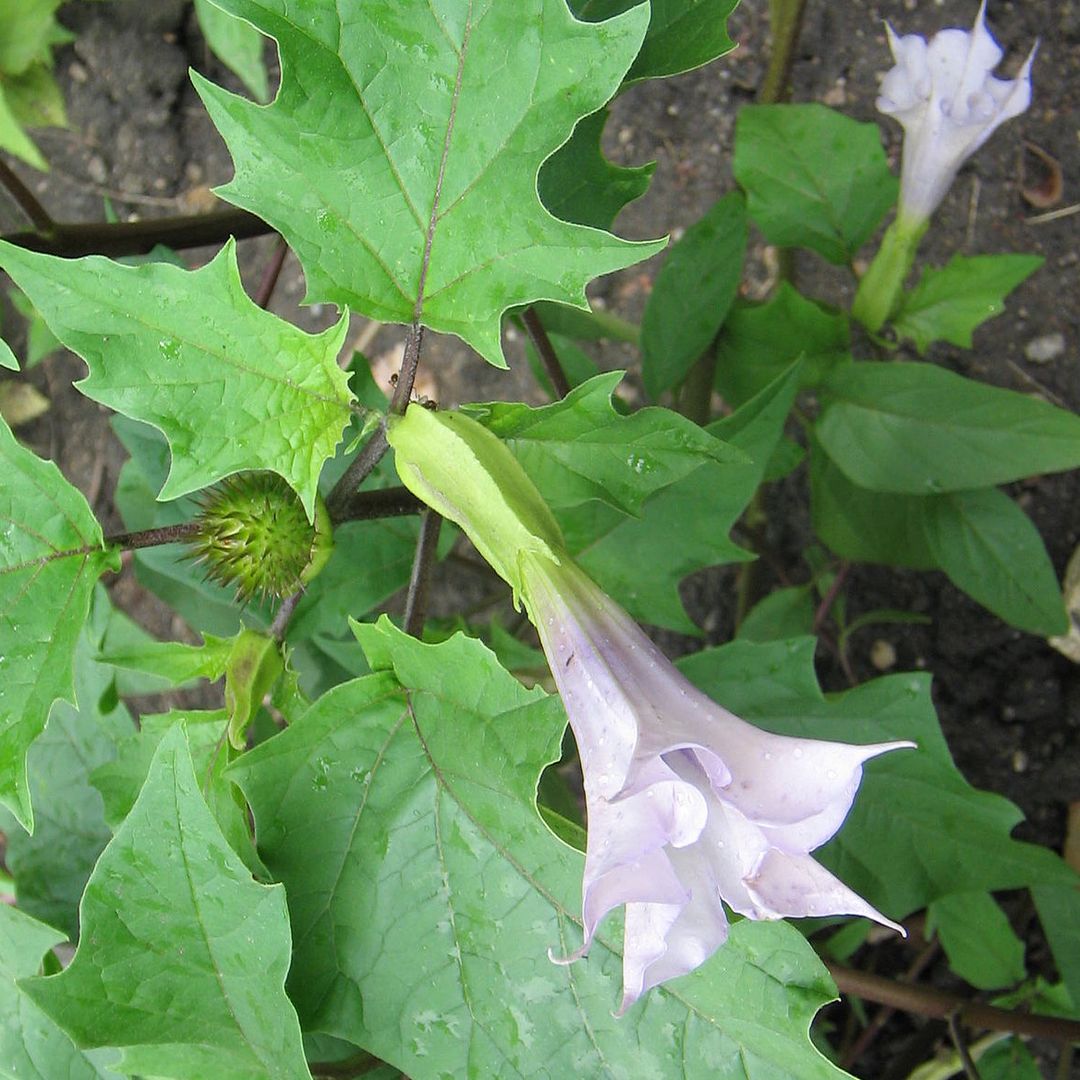