The Queen of Blueberries

Today is the anniversary of the death of the Queen of Blueberries, Elizabeth Coleman White, who died on this day in 1954.

When Elizabeth was a little girl, growing up on her dad's Cranberry Farm in the Pine Barrens of Burlington County, New Jersey, she would take walks and gather blueberries - wild blueberries. There wasn't any other way to procure them.
Over time, Elizabeth began to wonder about creating a blueberry crop - something that would fit in nicely with the cranberry harvest, which happened at the end of the season. Cranberries grow in highly acidic soil, which is also perfect for growing blueberries. Elizabeth began by having the local blueberry pickers keep their eyes out for the plants with the biggest berries, and then she would have them transplanted to her father's field.

"I used to call them swamp huckleberries and thought an occasional one - half an inch in diameter - huge. They always grew luxuriantly about the margins of our cranberry bogs, and as a girl I used to hunt the largest and best flavored berries and dream of a field full of bushes as good. I knew it was a wild dream."

As fate would have it, in 1910, the chief botanist at the USDA, Frederick Colville, was also working on blueberries at his summer home in New Hampshire. When Elizabeth read about his efforts, she reached out, and the two worked out a deal where Elizabeth would use her land and labor. Colville would supply his technical expertise, especially when it came to propagation. Together, they crossbred the largest New Jersey blueberries with the largest New Hampshire blueberries, and the rest, as they say, is history.

"Enough of the puzzle has been fitted together to show that my old dream was but a faint shadowing of the possibilities. Now I dream of cultivated blueberries shipped by the trainload, - blueberry specials - to every part of the country."

"The little berries of today's dreams are half an inch in diameter. And the big ones? - Well, it is hard to measure a dream accurately, but they are at least an inch across. And raising all these blueberries will give healthful remuneration and employment to lots of people. But you can dream for yourself - [but] only if you are to share my confidence that this dream is not wild. Some day it will come true."

It took Elizabeth five years to develop the first blueberry crop. The wastelands around the pines districts in New Jersey where Elizabeth grew her blueberries increased in value from 50 cents an acre to $500 an acre after the blueberry was cultivated. That first harvest yielded 21 bushels of berries, and it sold for $114. By 1947, more than 8,000 bushels were harvested. In 2016, a total of 690 million pounds of cultivated wild blueberries were harvested in the United States, and annual revenue was s around $80 million.

In addition to cultivating the first blueberry in 1916, Elizabeth was the first person to use cellophane to protect and market blueberries. The Whitman chocolate company inspired her because that was how they packaged their chocolates. Whitman's also partnered with Elizabeth; they helped her source the cellophane from France so that people all around the country could see her blueberries - right through the packaging.
And there's one more footnote to the Elizabeth Coleman White story. She was a champion of native plants. She fought to save the American holly, and in 1947, Elizabeth helped found the Holly Society of America. 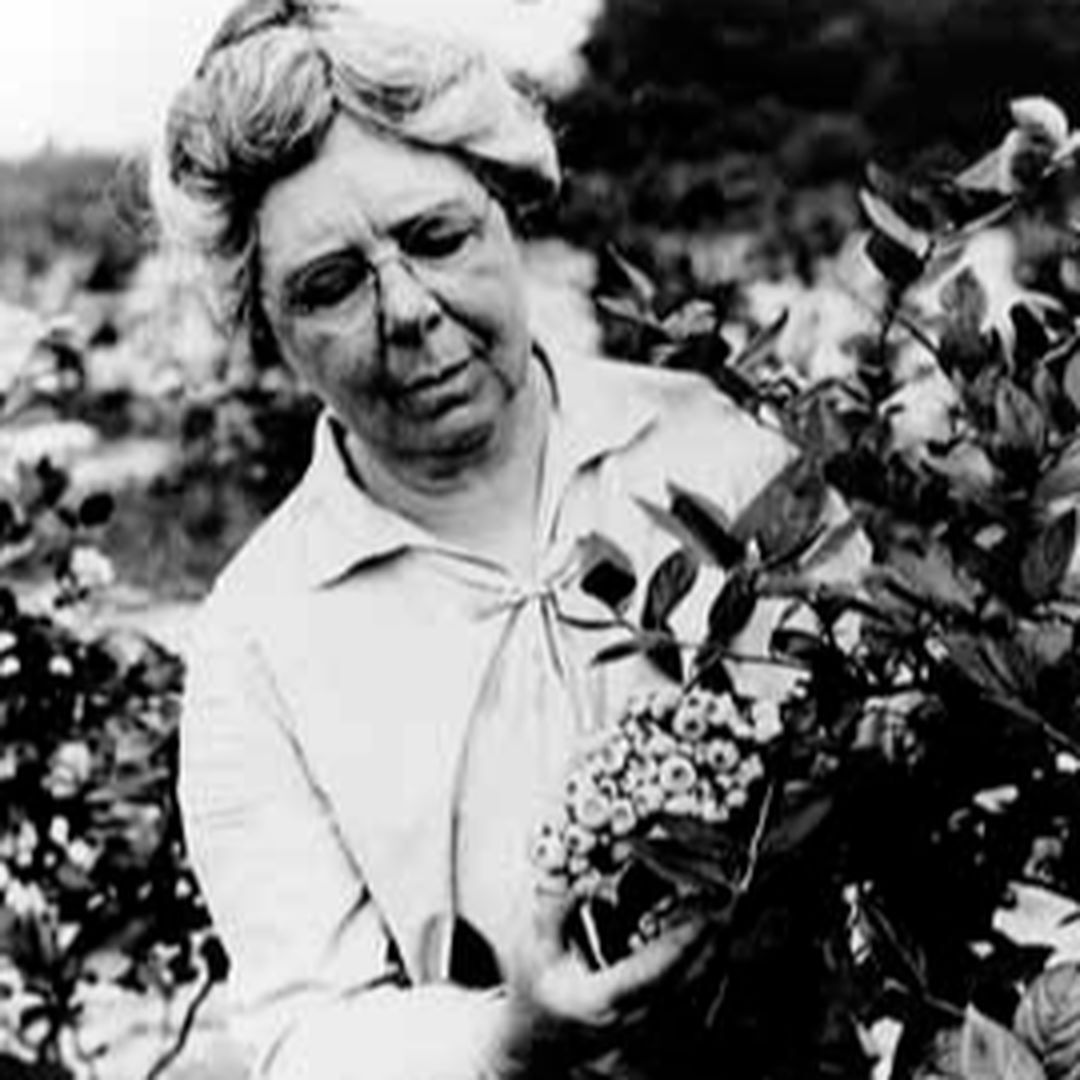