Today is the anniversary of the death of the American newspaper editor, essayist, short story writer, and poet, Ben Hur Lampman.

Today we began the show by talking about one of Bartram’s favorite plants - Skunkweed or Eastern Skunk Cabbage.

In researching Skunk Cabbage, I stumbled on an article from March 2, 1942, and it was a column that Lampman wrote in defense of the Skunk Cabbage (Symplocarpus foetidus) that appeared in the Medford, Oregon newspaper.

It’s magnificent, and I thought you would enjoy it:

“What a flower [the Skunk Cabbage] is, to be sure. When it lifts to burn coolly in the swampy wayside, there are few wayfarers who do not exclaim to see it. It is singularly compelling in its carved golden stillness. There seems to be something votive about it, as perhaps there is.

It is as though the artificer had shaped a great mellow candle flame out of wetness and marsh loam. The reason one is sure that people care about it, when first these are lifted, is simply because they must. There is no other choice; for the elder law is that people must always care about beauty. A Skunk Cabbage [is a] kind of calla lily, and though its odor is faintly mephitic, you don't have to sniff it.

One of the advantages of having Skunk Cabbages about is that the candles are kindled between pussy willows and trilliums. The Skunk Cabbage is of the first to feel that faintest footfall of the returning spring, and the pasture is lighted by it in the swales where the cattle stand to stare southward.

It may be supposed that the farmer who tends the cattle thinks he has little use for a Skunk Cabbage if he meditates in the least on its utility - but if ever the year should come when the golden cool candles were not kindled, the farmer would be first to remark this and worry about it. For a farmer can't plow, and a farmer can't plant until the Skunk Cabbage is up everywhere.

When the redwings see it afar, they hasten; they come down with a weave and a rush, talking silver for they know by this sign that it has permitted the redwing, to remain, and pay court one to another, and choose their nesting places in the sedges.

The farmer looks from the knoll where his barn stands, he looks over the lowlands, and there are the golden cousins of the calla lily. It's getting along toward the spring of the year. The red cow will be coming in soon.

One mentions these somewhat instinctive reactions to Skunk Cabbages only to show that people do think about them, even when it is not confessed, and that Skunk Cabbages have contact, and useful contact, with the commonplace contentment of our lives.

You take now a hillside and let it slope down to the road, and make itself a sort of bowl set in green grass, and lean a few alders toward it, gray and gentle you take that place, with plenty of Skunk Cabbages planted there by the dark woman's hand and you get a real garden.

There isn't anything to equal it; not that comes directly to mind. Those cool, golden candle flames, that seem so still, so still. Listen. A fellow can hear the water somewhere hurrying down to the creek. That place, with all those candle flames lighted and lifted, is a good deal like a prayer.“ 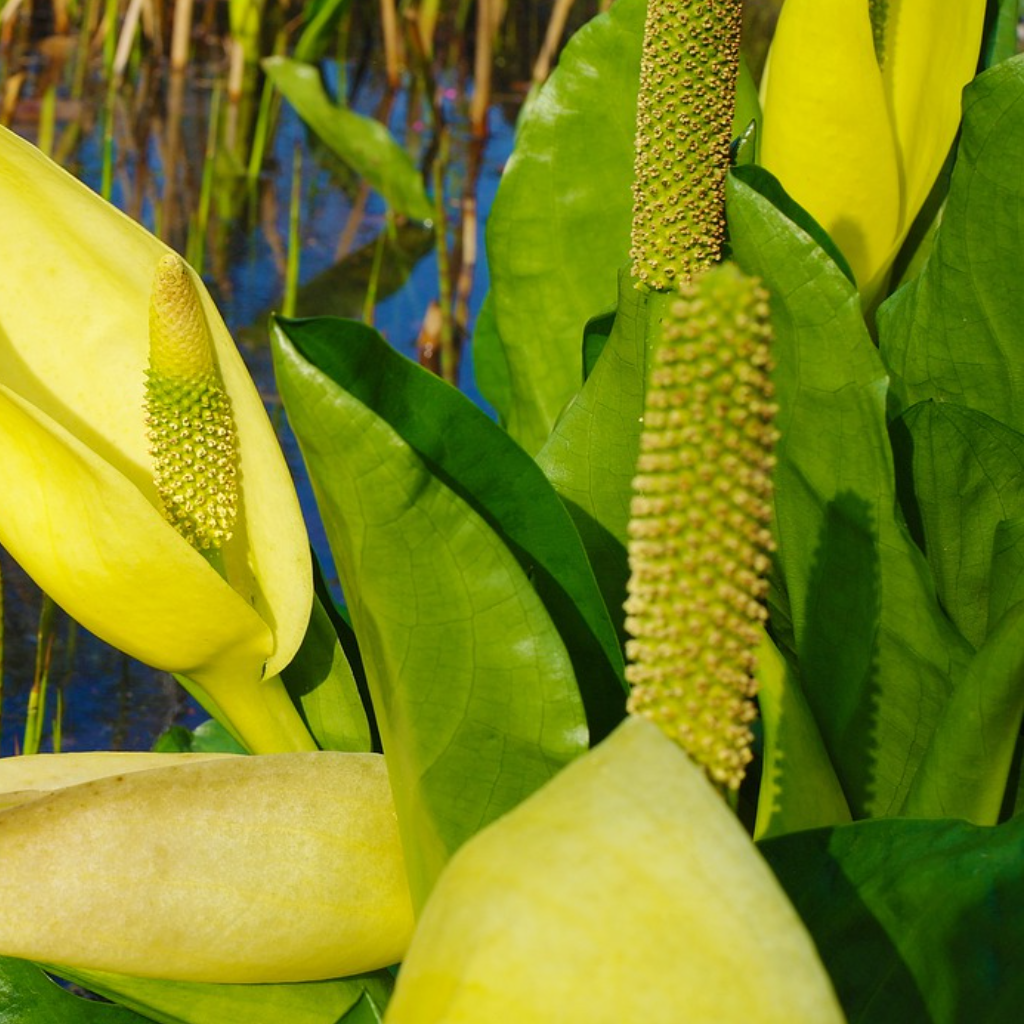 February 1, 2021 Why Deadwood Should Be Removed, Langston Hughes, Ben Hur Lampman, How to Start a Garden, Botanicum by Kathy Willis, and the Language of Trees
← Edith WhartonThe Garden in Winter →