Today is National Carrot Cake Day.
Every February 3rd, National carrot cake day is observed. And, you might say it’s a great excuse to have our cake and our carrots, too.

Carrots are, of course, a root vegetable. They are made up of 88% water, 7% sugar, and a percent each of protein, fiber, and ash.

The Greeks and Romans ate carrots, but their carrots were different colors like purple or white. It wasn’t until the 17th century that carrots started appearing predominantly as orange. Why? Because the Dutch initially bred the carrot to be orange in order to honor the Dutch royal family - also known as the “House of Orange” in the Netherlands. The orange carrot became so popular that the color became synonymous with the carrot.

As for carrot cake, the earliest mentions of it in the newspaper appear in the early 1900s - around 1910. These early carrot cakes were more like little crab cakes - only they were made with carrots, flour, and butter, sweet milk, and so on.
By 1912, the San Francisco newspaper, The Call, featured a carrot cake recipe and it advised that only very young, tender carrots be used - along with 2 cups of sugar, a cup of butter, 2 cups of flour, a cup of carrots that were boiled and mashed very finely, a cup of grated chocolate, a cup of chopped walnuts, 1/2 a cup of sweet milk, 4 eggs, 1 teaspoon each of cloves, cinnamon, nutmeg, and salt.

By the end of November, in 1913, a newspapers were running an article called “Carrots and Cakes.” It said:

“The little carrot, of the plebian vegetable family, moved high last week in the social scale and was in such demand on the grocery orders of so many families that stores ran out entirely, says the Minneapolis Journal.
Miss Lilla Frich, supervisor of domestic economy in the public schools, has been telling how carrots may be used for what they are or as substitutes for other things, notably, that carrot pulp makes a good egg substitute in making cakes and hundreds of women who formerly have scorned common truck farm products have been buying them.”

In the early 1980s, when Pillsbury launched its “Carrot and Spice Cake Mix,” they held a contest to discover the earliest published carrot cake recipe, and they were also looking for the best Heritage recipe.

Joyce Allen of Wichita Kansas won $100 for sharing her recipe from the 1929 Wichita Women’s Club cookbook, and Ethel Amsler of Waco Texas also won $100 for creating a new recipe with Pillsbury’s new carrot cake mix. She was riffing off an old family recipe. That old family recipe had been handed down through four generations. She said they didn’t have it but twice a year.

Ethel’s old family recipe for carrot cake calls for white raisins soaked in brandy in addition to adding a cup of black walnuts.
If you’d like to get a copy of Ethel Amsler’s Heritage Carrot Cake recipe, along with her modern version, I’ve added them to today’s Show Notes, which are available on the website for the show over at thedailygardener.org.

Heat oven to 390 degrees. Grease and flour 12-cup fluted tube pan. In a large bowl, blend cake mix, water, sour cream, oil, brandy extract, and eggs until moistened; beat 2 minutes at highest speed. Stir in raisins and walnuts. Pour into a pre-prepared pan. Back at 350 degrees for 45 to 55 minutes or until a toothpick inserted in the center comes out clean. Cool upright in pan 25 minutes; Invert onto a serving plate. Cool completely. Sift or sprinkle powdered sugar over the top. 16 servings.

Finally, during the 1970s, the Los Angeles Times featured a popular recipe for their 14 Carat Cake. That recipe incorporates crushed pineapple and walnuts. I’ve included it in today's Show Notes, as well. 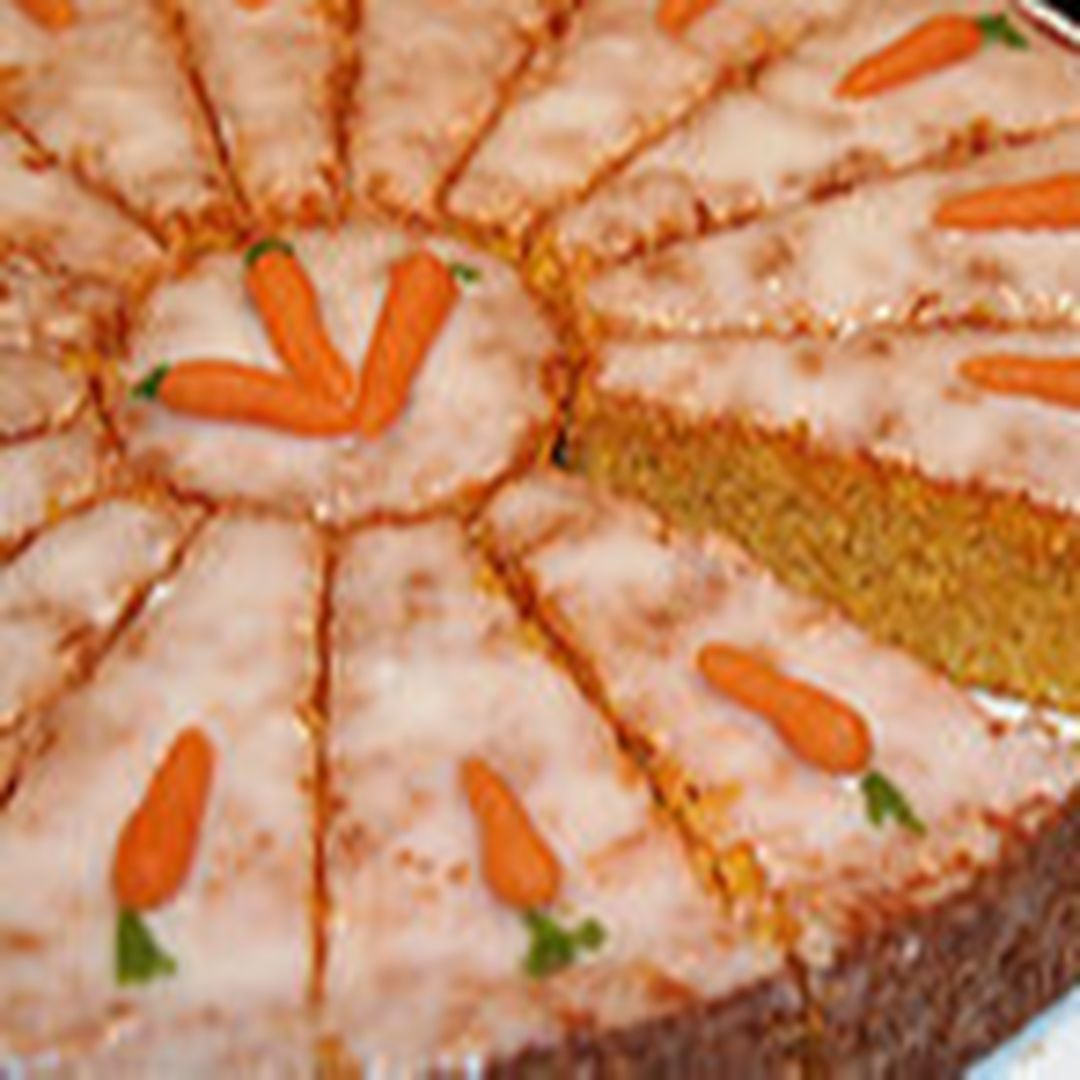