Charles was the first business person to open a store in London under his own name. Selling fruit from his garden, his store closed after a few seasons.
Gardeners would be delighted by his home at Elvaston Castle, which was settled among the most magnificent topiary; trees shrubs and hedges were fashioned into men, animals, pyramids, and fans.

Even though one of his arms was useless, Charles was an active person.  He was one of the pioneers of polo in England, and he also played as an old man.  Vanity Fair published a caricature of him playing polo - sitting atop his horse with his potbelly and white flowing beard.

And, Charles was an avid Huntsman. He was a master of the South Knot Hunt for over 30 years. During hunting season, he hunted six days a week. His obituary said that he never missed a hunt unless he happened to be laid up with broken bones from a fall.
At Elvaston castle, there was a little workshop where Charles liked to tinker with projects. At the end of his life, Charles was badly burned while working there. He was making a picture frame, and he accidentally bumped his left hand against the pipe of a stove. After treating it with oil, he developed blood poisoning and died.

Charles left specific instructions in his will that upon his death, his hounds should be let out to hunt.  Family lore says that when Charles was buried, the hounds bounded into the graveyard and gathered around the oak tree near the family crypt. They would not leave and could not be coaxed away.

The tree the hounds were fixated on was dubbed the Happy Huntsman's Tree. There's a small plaque beneath it oh today it still stands in the graveyard of Saint Bartholomew's Church Derbyshire ("Dar-bee-shur"). 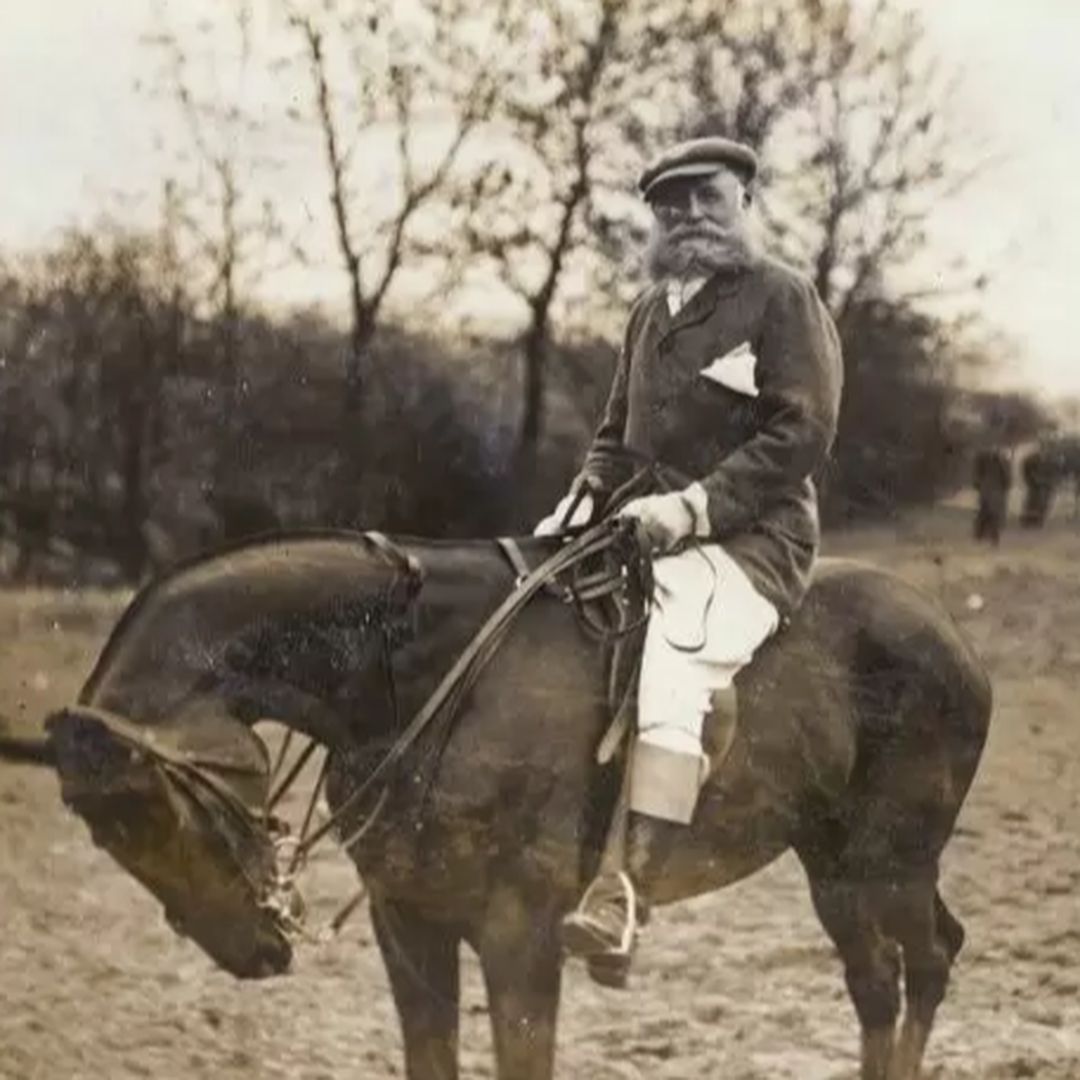