1965  The Vincennes Indiana newspaper reported on a sickness caused by snakeroot:

“It was about 140 years ago, that the town of Hindustan, Indiana, was abandoned by its residents because of a plague of 'milk fever'.
This disease occurs after milk cows have eaten Wild Snakeroot.
A few years ago, a botanist [shared] that the Hindustan neighborhood still is the best place in the Midwest to collect Wild Snakeroot for laboratory work."

Wild or White snakeroot is a problem for livestock if they consume it. All parts of the plant are toxic. That toxin gets transferred through the cow's milk and that's how it becomes a concern for humans; this is known as milk sickness.
In the early 1800s, milk sickness resulted in the death of thousands of people; the most famous person to die from it was Abraham Lincoln's mother in 1818. 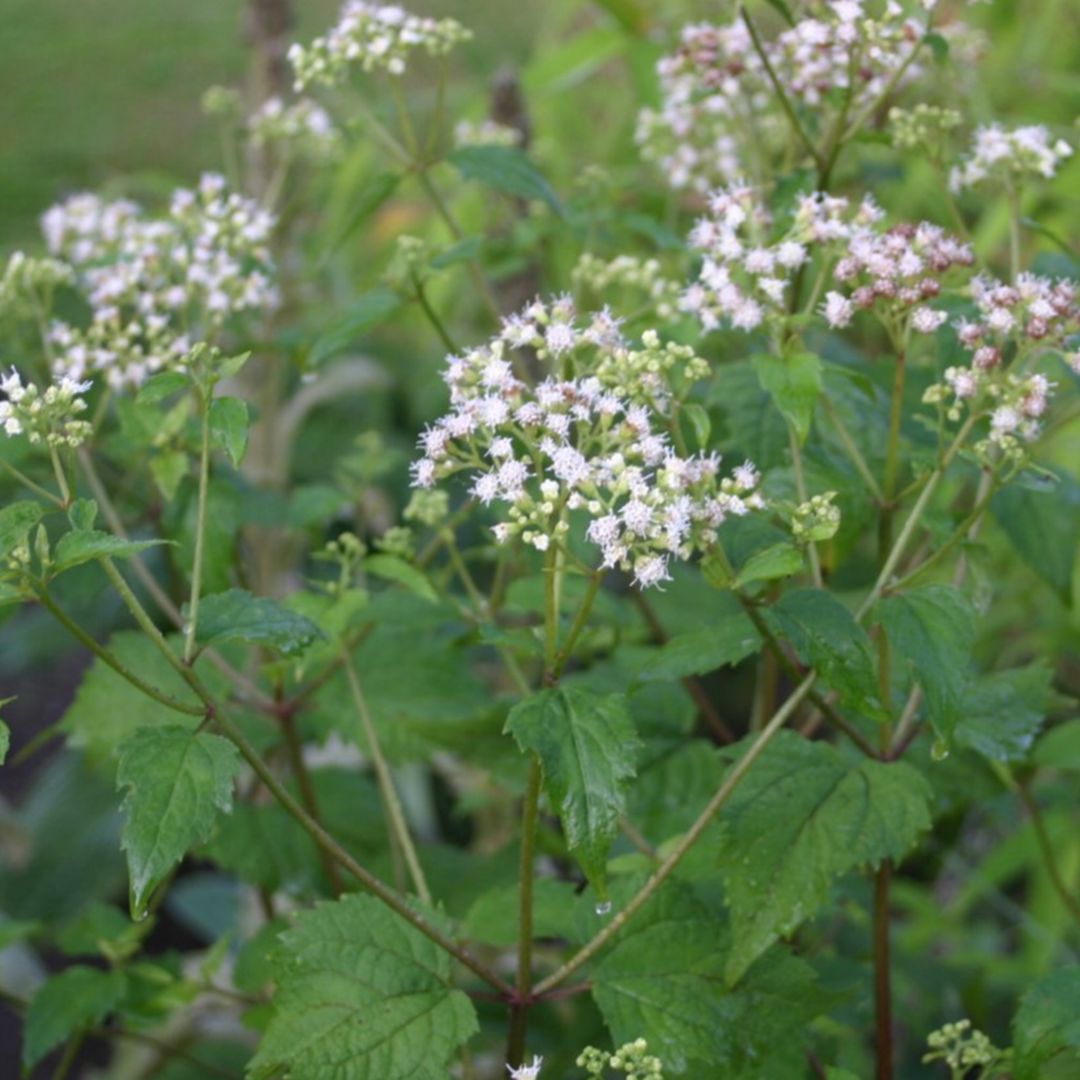