Commemoration of World War I Outbreak

2014  The outdoor public art piece called Blood Swept Lands and Seas of Red was installed in the moat around the Tower of London.
The work commemorated the centenary of the outbreak of World War I and was made up of 888,246 ceramic red poppies, one for each British or Colonial serviceman killed in the War.
The title, Blood Swept Lands and Seas of Red, refers to the first line of a poem by an unknown soldier in World War I.
For this magnificent piece fo public art, Paul Cummins designed the ceramic poppies, and Tom Piper handled the conceptual design.
Almost one million of Paul's ceramic red poppies appeared to burst forth from the Tower and then flow across the moat. Poppies seeped out of the Weeping Window and cascaded down a wall. Almost 20,000 volunteers helped with the installation. And, although it was started on this day in 2014, it was not completed until November 11th of that same year. 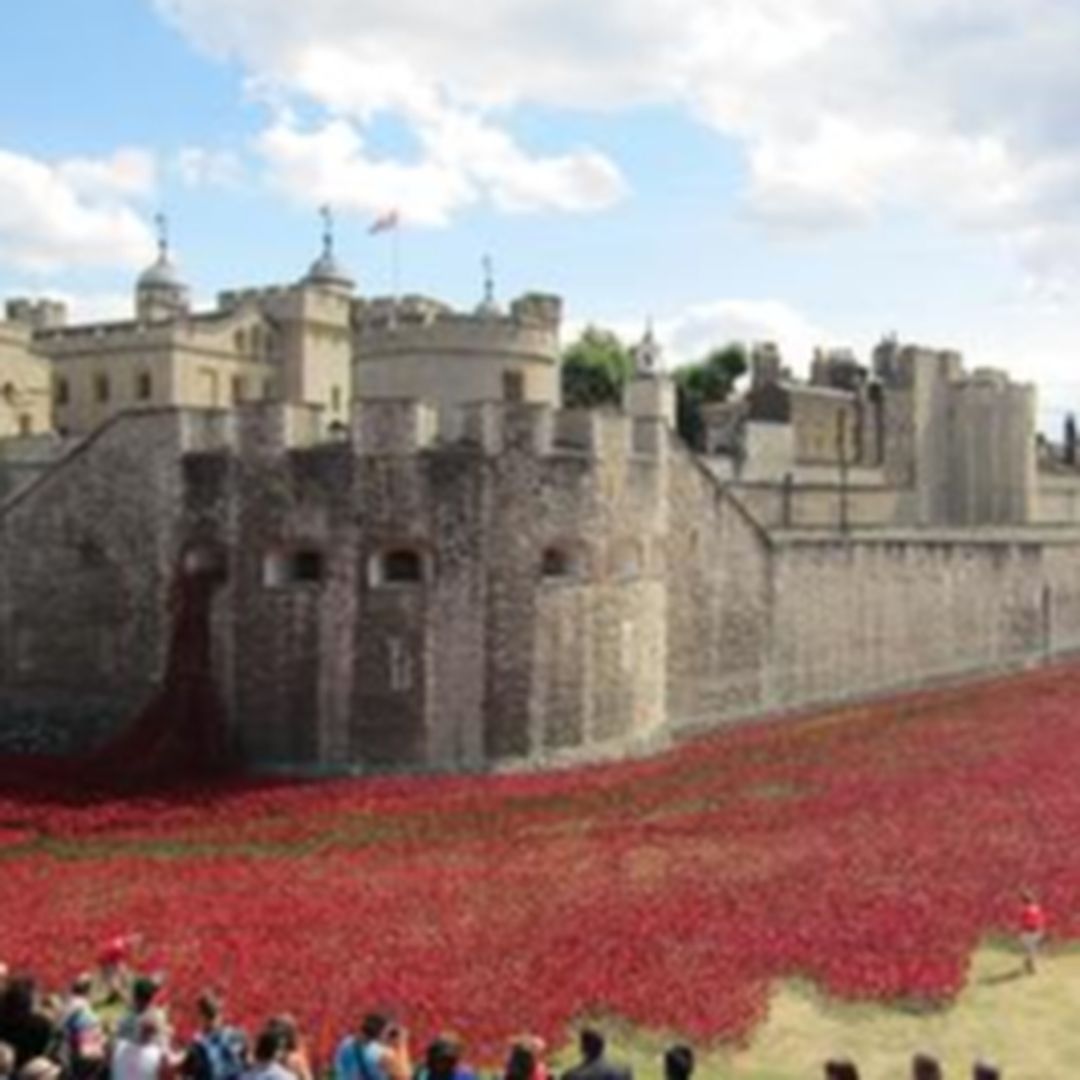