1948 On this day, The Guardian posted a brief snippet about the Gallant Soldiers plant.
Now before I read the post, here's a primer.

Galinsoga was named for Mariano Galinsoga, who was a botanist and a Spanish doctor for royalty during the 1700s, and he famously observed that women who wore corsets had more health problems than peasant women who did not wear them.
Now, Galinsoga is a trooper when it comes to medicinal uses. Galinsoga is a super coagulator, antibiotic agent, and a healer. And the next time you run into stinging nettle, grab some Galinsoga, and you'll be all smiles.

Rich in iron, Galinsoga is also edible. In fact, every part of the plant, except the root, can be eaten. In the United States, foragers are beginning to add Galinsoga to their list, but in China and South America, Galinsoga is already regularly added to soups, stews, and salads.

“Galinsoga can be used raw or cooked. Got a call from a farmer that the spinach was killed by hail?
Don’t worry, just toss some Galinsoga in that pasta.
While you’re at it, put it in the salad mix and on the fish entree, then throw the purchased microgreens in the compost where they belong, as fodder to grow interesting, edible weeds.
Like so many other greens sans watercress, It’s shelf life shames conventionally harvested salad greens.
I would regularly get two weeks of shelf life from what I picked or more...
Galinsoga tastes mild and fades into the background, there’s not even a hint of bitterness.
It’s a blank canvas for whatever you like.
This also means from a health/diet perspective you can consume mass quantities cooked, unlike other aggressive growers like garlic mustard, whose bitterness I tend to blend with other plants.”

Now let's hear that post from The Guardian on Galinsoga from 1948:

“In some gardens, near Kew and Richmond, there flourishes an unusual weed which nine out of ten people will call "Gallant Soldiers." It has escaped from Kew, where it was introduced some years ago from Peru under the name of Galinsoga parviflora. Local gardeners made the name easier to pronounce, but the corruption did not stop there. Sir Edward Salisbury, the director of Kew Gardens, tells how he found a gardener one day pulling out Galinsoga from his borders. He asked its name. The gardener replied, " I don't rightly know, but I have heard it called Soldiers of the Queen.” 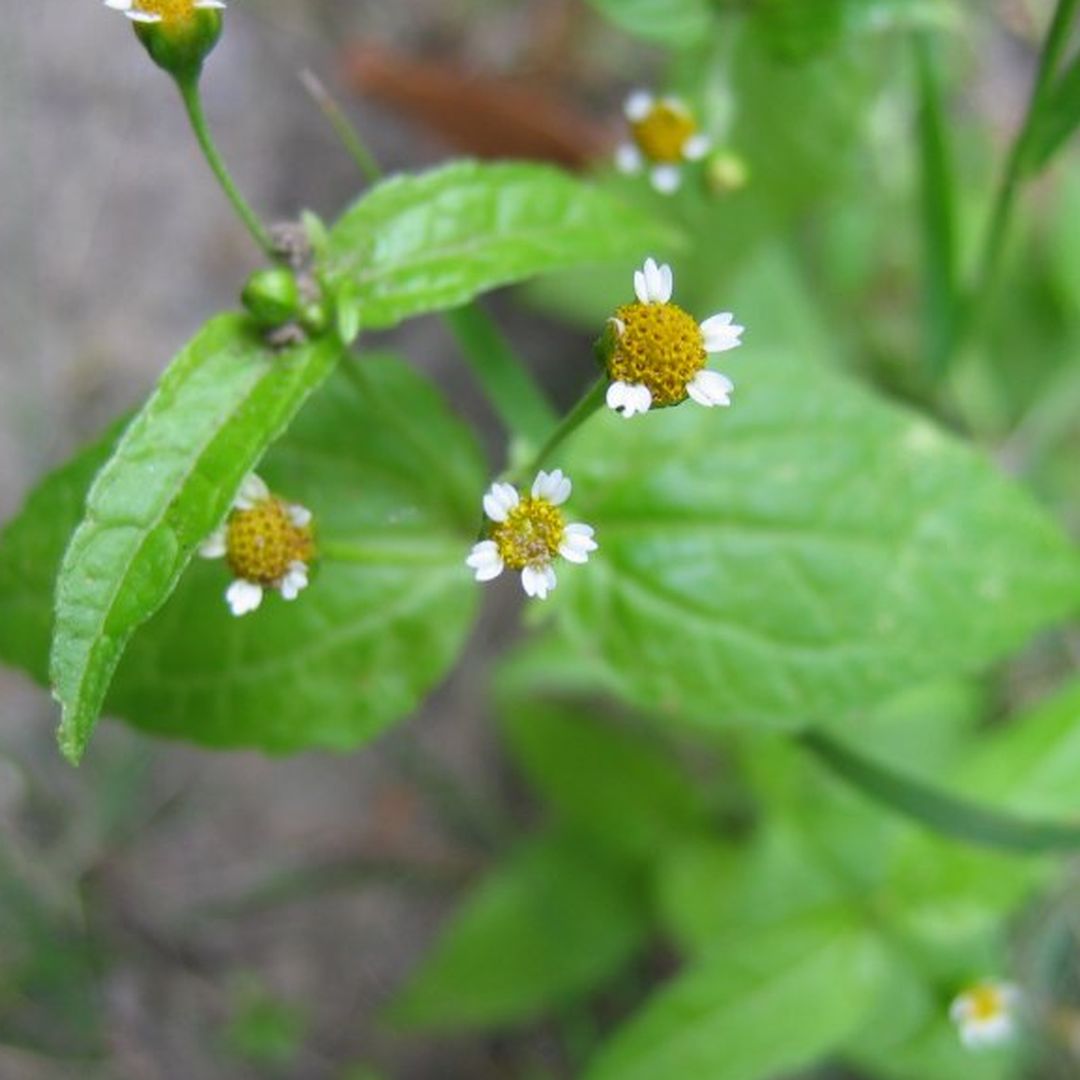