1853   On this day, George Governor Gov. Nathaniel Harris approved the joint resolution to make the  Cherokee Rose (Rosa laevigata) Georgia's State Flower.
Here's an excerpt from The Atlanta Constitution in 1970 with a little story about the Cherokee Rose:

“Four years ago Georgia’s Commissioner of Agriculture Tommy Irvin decided that it was high time for a Cherokee rose to be on the grounds of the State Capitol. Secretary of State Ben Fortson, then in charge of the grounds, agreed.
Now, it isn't easy to find a Cherokee rose for sale, so a notice was put in The Market Bulletin, inviting someone to donate a Cherokee rose for the Capitol.
Within a few days, the commissioner's office was swamped with almost 250 rose bushes. The superabundance spoke well for the generosity of Georgians and their eagerness to cooperate but not so well for their knowledge of the state flower, for less than .1 percent was actually the Cherokee Rose.
The others were Macartneys, pasture and prairie roses, Silver Moons, Bengals, multifloras, and "grandma's favorite.
There were enough plants for public grounds all over the state, with one or two real Cherokees for the Capitol grounds. Since then several others have been added. There should be plenty of blooms this spring for everyone making the effort to see them.
Only a horticulturist can identify a Cherokee rose for sure, but Mrs. Wills once suggested a simple way for the average person to distinguish between the Cherokee and the Macartney which is often confused with it because the blossoms are similar.
"The Cherokee," she said, "has only three leaves on a leaf stem; the Macartney has five." 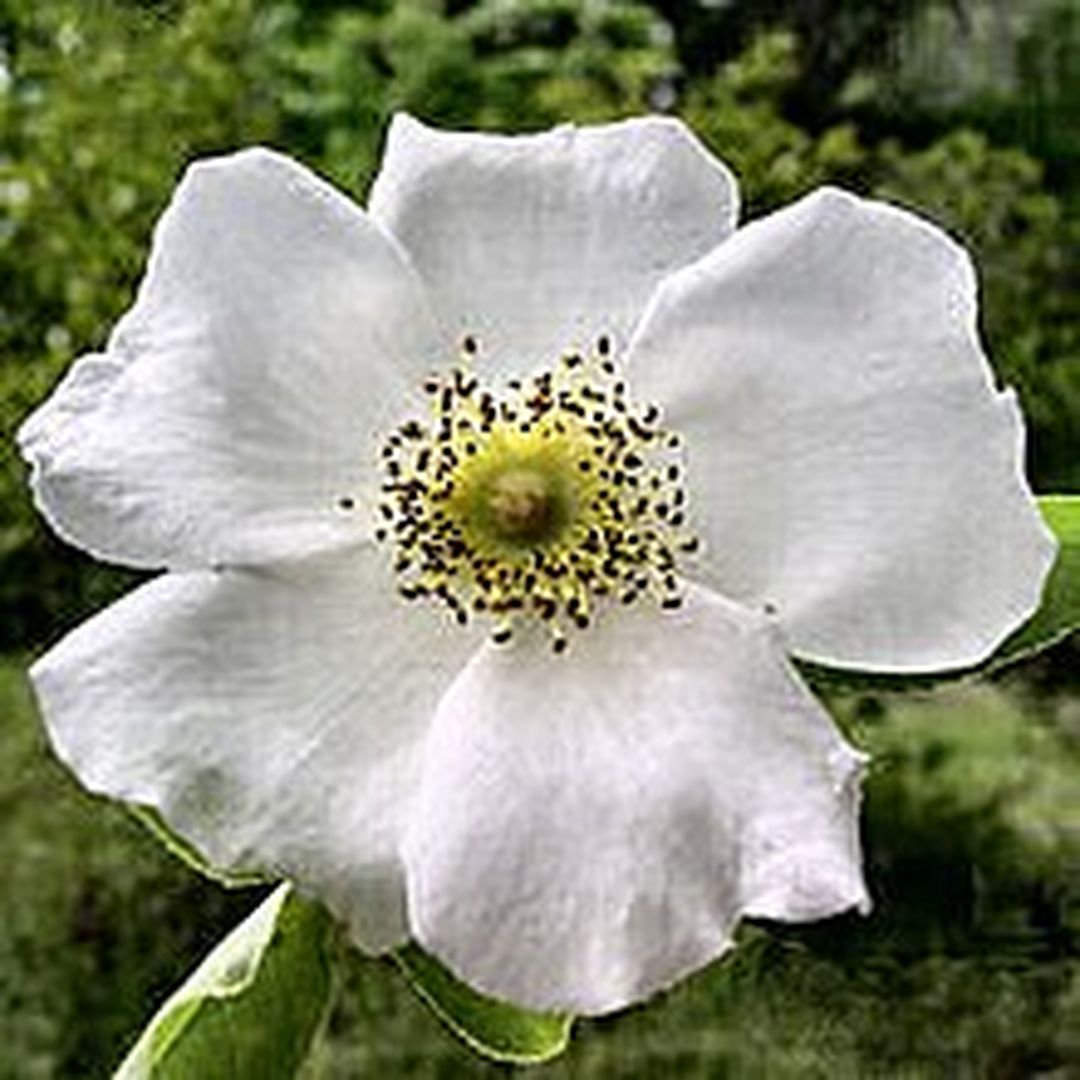