A Royal of Many Loves

November 17, 1818
Today is the anniversary of the death of the woman who was a patroness of the arts, an amateur botanist, a champion of Kew Gardens, and the wife of George III, Queen Charlotte.

In addition to the astounding fact that Charlotte gave birth to 15 children, she was a fascinating royal. Born in Mecklenburg-Strelitz in Germany, Charlotte was the first person in England to bring a Christmas tree indoors to celebrate the holiday season. In December 1800, Charlotte selected a yew which was brought inside Windsor Castle and festively decorated. Charlotte brought the idea for the Christmas tree from her home country of Germany.

George and Charlotte both loved botany. After his mother’s death, George gained control of Kew and Charlotte set about expanding Kew Gardens. On the property, Charlotte had a little cottage installed along with a rustic cottage garden. Her daughter Elizabeth is likely the person who painted the attic room ceiling with nasturtium and morning glory. It's very sweet.

Charlotte was quite serious in her pursuit of botany. She collected plants, and she had a personal herbarium to help with her studies. The President of the Linnean Society, Sir James Edward Smith, personally tutored Charlotte in botany, along with her four daughters.

Charlotte died at the age of 74 at the smallest English royal palace, Kew Palace, at Kew Gardens. She had reigned for 57 years. 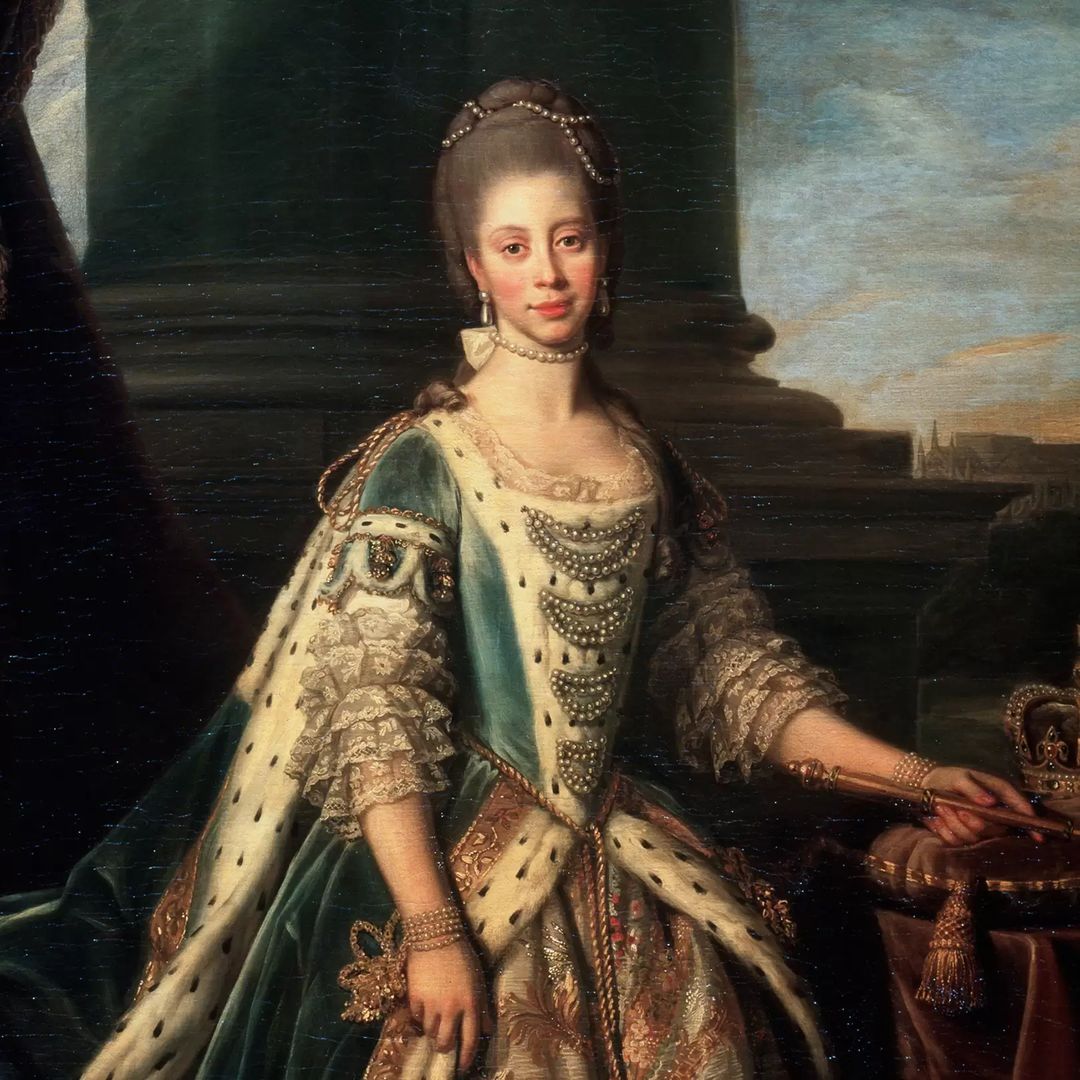