The Night Before Christmas

Over the years, newspapers have shared a parody of The Night Before Christmas, written by Charles and Janice Jensen in the 1960s. The original version first appeared in the New York Times, and as I share it with you, you'll realize how far we've come since the 1960s in terms of our daily gardening practice.
I'll share this version first, and then I have another version written in the 1980s - twenty years later.
The Jensen version goes like this:

"Twas the night before Christmas and all through the yard
The branches were bare and the ground frozen hard.
The roses were dormant and mulched all around
To protect them from damage if frost heaves the ground.
The perennials were nestled all snug in their beds
While visions of 5-10-10 danced in their heads.
The new planted shrubs had been soaked by the hose
To settle their roots for the long winters doze.
And out on the lawn, the new-fallen snow
Protected the roots of the grasses below.
When what to my wondering eyes should appear
But a truck full of gifts of gardening gear.

Saint Nick was the driver, the jolly old elf
And he winked as he said, I’m a gardener myself.
I've brought wilt-proof, rootone, and B-nine, too.
Father can try them and see what they do.
To eliminate weeding, I’ve brought 2-4-D,
And to battle the bugs, 5 percent DDT.
To seed your new lawn, I’ve a patented sower;
And since it will grow, here’s a new power mower.
For seed planting days, I’ve a trowel and a dibble.
And a roll of wire mesh if the rabbits should nibble.
For the feminine gardener, some gadgets she loves,
Plant stakes, a sprinkler, and waterproof gloves;
A chemical agent for her compost pit,
And for enjoying the flowers, a flower arranging kit.
With these colorful flagstones, lay a new garden path.
For the kids to enjoy, a new bird feeder and bath.
And last, but not least, some well-rotted manure.
A green Christmas year-round, these gifts will ensure.
Then jolly St. Nick, having emptied his load,
Started his truck and took to the road.
And I heard him exclaim through the engines loud hum:
Merry Christmas to all and to all a green thumb!"

Well, things have changed a lot since the 1960s. So if you were a little shocked by what you heard in that version, that was standard gardening protocol for that decade.
By 1987, Carolyn Roof in Paducah, Kentucky, had written her own version for gardeners in her garden column. Here’s an excerpt from hers:

"Twas the night before Christmas, and all through the garden
not a creature was stirring, not even a wren.
The work tools were hung in the tool shed with care,
in hope that springtime soon would be there.
The flowers were mulched all snug in their bed,
while visions of show winners danced in my head.
And Richard in his blanket and I with the cat
had settled down for a long winter's chat.
When out on the lawn there arose such a clatter,
I sprang from the chair to see what was the matter.
Away to the window, I flew like a flash,
tore open the drapes and threw up the sash.
When what to my wondering eyes should appear,
but a miniature UPS truck and eight tiny gardeners,
With a little old driver so lively and quick,
I knew in a moment it must be St. Nick.
More rapid than eagles his workers they came,
and he whistled and called them by name.
Now Shepard, Now Appleseed, Now Thompson and Morgan,
On Wayside, On Burpee, On Parks and Starks.
As the dry leaves that before the wild tornado fly
when they meet with an obstacle, mount to the sky.
So on to the patio, the gardeners flew
with a truck full of tools, plants, and flowers, too.
And then in a twinkling, I heard by the glade,
the digging and planting of each little blade.

As I drew in my head and was turning around,
past the sliding glass door, he came with a bound.
He was dressed all in grubbies, mud boots on his feet,
and his clothes were all soiled with mulches and peat.
A bundle of tools, plants, and bulbs were on his back,
and he looked like a nurseryman opening his pack.
He spoke not a word but went on with his work,
and landscaped the yard, then turned with a jerk.
He sprang to his truck, to his team gave a whistle,
and away they all drove like the down of a thistle.
But I heard him exclaim as he drove out of sight,
"Merry Christmas to all and to all a good night."

However, my favorite ending is from the first poem. Here's how the Jensens ended their poem:

"And I heard him exclaim through the engines loud hum:
Merry Christmas to all and to all a green thumb!"

Thanks for listening to The Daily Gardener this year. Have a Merry Christmas and a Happy New Year.
And remember:
"For a happy, healthy life, garden every day." 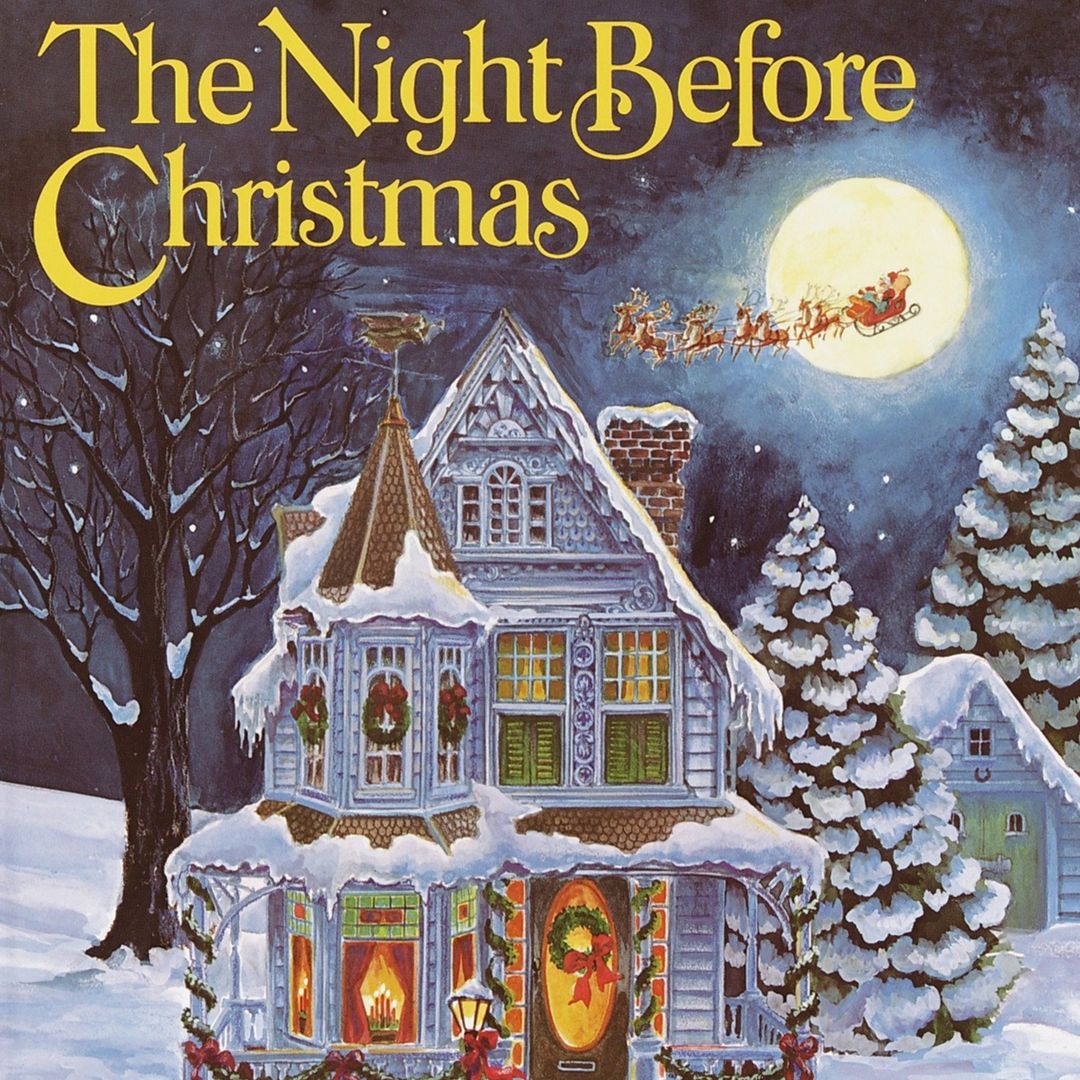