Roly-poly honey bee,
Humming in the clover,
Under you, the tossing leaves
And the blue sky over,
Why are you so busy, pray?
Never still a minute,
Hovering now above a flower.
Now half-buried in it! 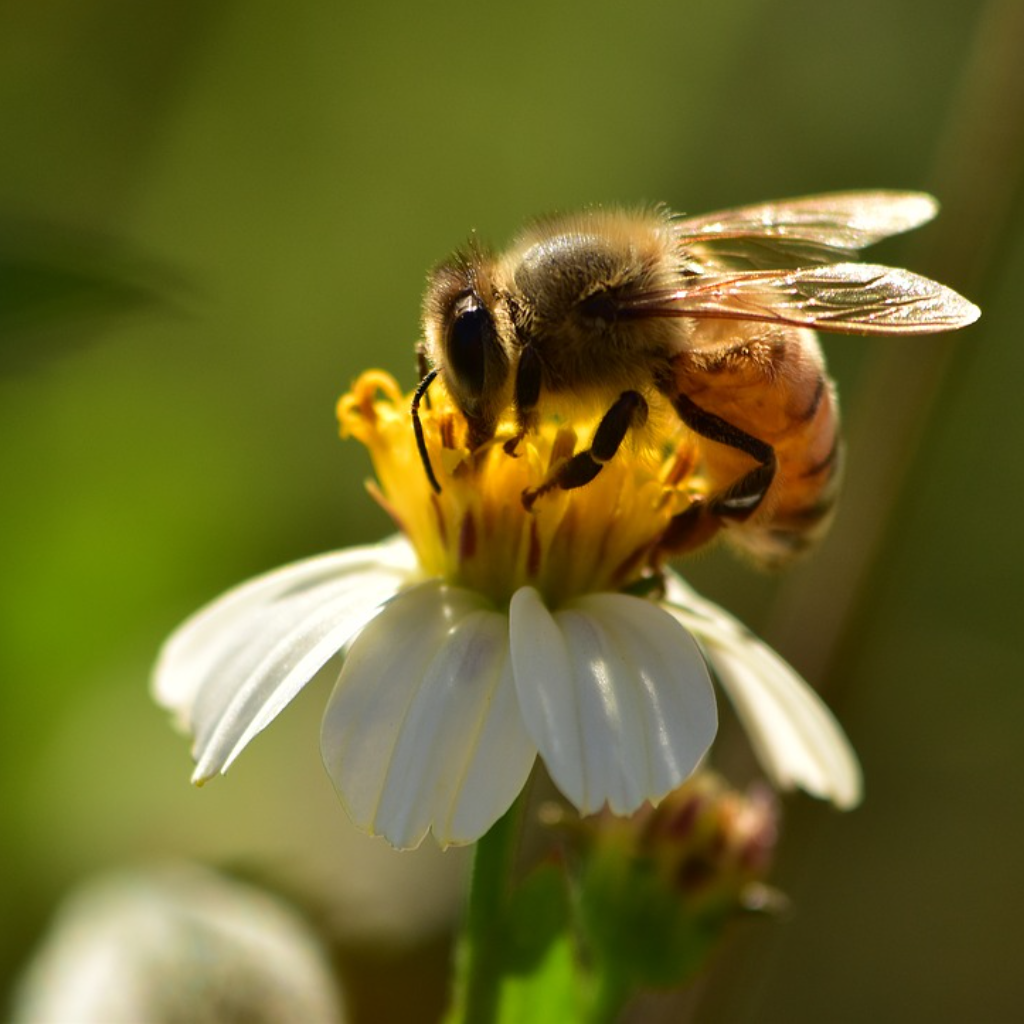