Today is the birthday of the poet and Landscape gardener William Shenstone, who was born on this day in 1714.
In the early 1740s, William inherited his family's dairy farm, which he transformed into the Leasowes ("LEZ-zoes"). The transfer of ownership lit a fire under William, and he immediately started changing the land into a wild landscape - something he referred to as an ornamented farm.
William wisely bucked the trend of his time, which called for formal garden design (he didn't have the money to do that anyway.) Yet, what William accomplished was quite extraordinary. His picturesque natural landscape included water features like cascades and pools, as well as structures like temples and ruins.
What I love most about William is that he was a consummate host. He considered the comfort and perspective of the garden from the eye of his visitors when he created a walk around his estate. Wanting to control the experience, William added seating every so often along the path to cause folks to stop and admire the views that William found most appealing. Then, he incorporated signage and inscriptions with beautiful classical verses and poems - even adding some of his own - which elevated the Leasowes experience for guests.
Today, a little bench at the Leasowes shares this verse from William:

Here in cool grot, and mossy cell,
We rural fays and fairies dwell.

After his death, William’s garden became a popular destination - attracting the likes of William Pitt, Thomas Jefferson, and Benjamin Franklin.
One of the main reasons that we know so much about William Shenstone is thanks to his neighbor Henrietta (Lady Luxborough). After having an affair, Henrietta’s husband sent her to live in his ramshackle estate called Barrells. The experience was a revelation for her and Henrietta began to study landscape design. Even though he was 15 years younger than her, William mentored Henrietta and they corresponded about their landscapes and daily life.
Over time, Henrietta began to do a complete landscape makeover at Barrells. And, she wrote to William:

“I have made a garden which I am filling with all the flowering shrubs I can get…
I have also made an aviary, and filled it with a variety of singing birds,
and am now making a fountain in the middle of it,
and a grotto to sit [in] and hear them sing” 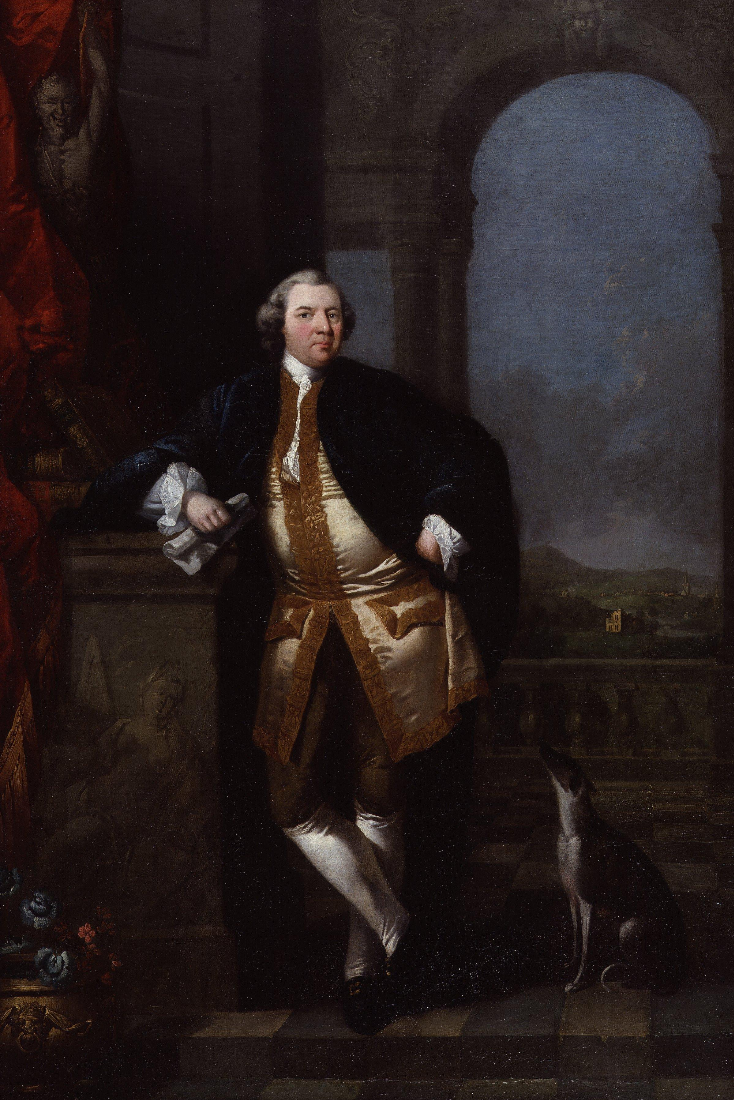