June 2, 1840
Today is the birthday of the English novelist and poet Thomas Hardy.
A Victorian realist like George Eliot, Thomas Hardy was a product of provincial England. A fan of John Milton, the Romanticism of William Wordsworth influenced his writing. He’s most remembered for his novels set in rural Wessex, Far From the Madding Crowd (1874) and Tess of the D’Urbervilles (1891).

In Shaun Bythell’s book, The Diary of a Bookseller, he shares a common mispronunciation of Thomas’s first literary success,

“A customer at 11.15 a.m. asked for a copy of Far from the Maddening Crowd. In spite of several attempts to explain that the book's title is actually Far from the Madding Crowd, he resolutely refused to accept that this was the case, even when the overwhelming evidence of a copy of it was placed on the counter under this nose: 'Well, the printers have got that wrong.' Despite the infuriating nature of this exchange, I ought to be grateful: he has given me an idea for the title of my autobiography should I ever be fortunate enough to retire.”

In Tess the D’Urbervilles, Thomas gives us a charming description of summer. He wrote,

“The season developed and matured. Another year's instalment of flowers, leaves, nightingales, thrushes, finches, and such ephemeral creatures, took up their positions where only a year ago others had stood in their place when these were nothing more than germs and inorganic particles. Rays from the sunrise drew forth the buds and stretched them into long stalks, lifted up sap in noiseless streams, opened petals, and sucked out scents in invisible jets and breathings.”

And here’s an excerpt where Tess compares the stars to apples.

“Did you say the stars were worlds, Tess?"
"Yes."
"All like ours?"
"I don't know, but I think so. They sometimes seem to be like the apples on our stubbard-tree. Most of them splendid and sound - a few blighted."
"Which do we live on - a splendid one or a blighted one?"
"A blighted one.”

Today, the National Trust takes care of Thomas Hardy’s charming thatch cottage and garden near Dorchester. Thomas’s great-grandfather built the cottage.
In 1891, workers were digging on Thomas Hardy’s property called Max Gate. They were installing a drain in the driveway when they discovered a large druid stone that thrilled Thomas, and he set it in his garden.

Nearly a century later, it was discovered that Hardy's house was situated on top of a large Neolithic enclosure - an ancient stone circle - and burial site.
Here’s an excerpt poem by Thomas Hardy, which began writing in 1913, called “The Shadow on the Stone.” It took him three years to complete the poem, and the shadow of the gardener that he sees is that of his wife Emma, who had passed away.

I went by the Druid stone
That broods in the garden white and lone,
And I stopped and looked at the shifting shadows
That at some moments fall thereon
From the tree hard by with a rhythmic swing,
And they shaped in my imagining
To the shade that a well-known head and shoulders
Threw there when she was gardening.

During the 1860s, as a young man - before he became known as a poet and writer - Thomas Hardy took a job as a trainee architect while he was going to school in London for architecture. One of his first jobs was to move remains and grave markers at St Pancras to make way for the Midland Railway line. Charles Dickens referred to the St Pancras churchyard in his Tale of Two Cities as the place where Jerry Cruncher used to fish - meaning he robbed graves.

Despite his unhappy task, Thomas had a burst of inspiration, and he decided to place hundreds of the headstones on their sides and nestle them around an ash tree. The effect was that of a sunburst radiating out from the trunk. Over time, the Ash tree became known as the Hardy Tree at St Pancras Old Churchyard in London. As the tree’s roots intertwined with the headstones, the Hardy Tree developed a bit of a reputation and fascinated generations of future writers. Today, the Hardy Tree, still surrounded by grave markers, is an obscure stop for tourists. 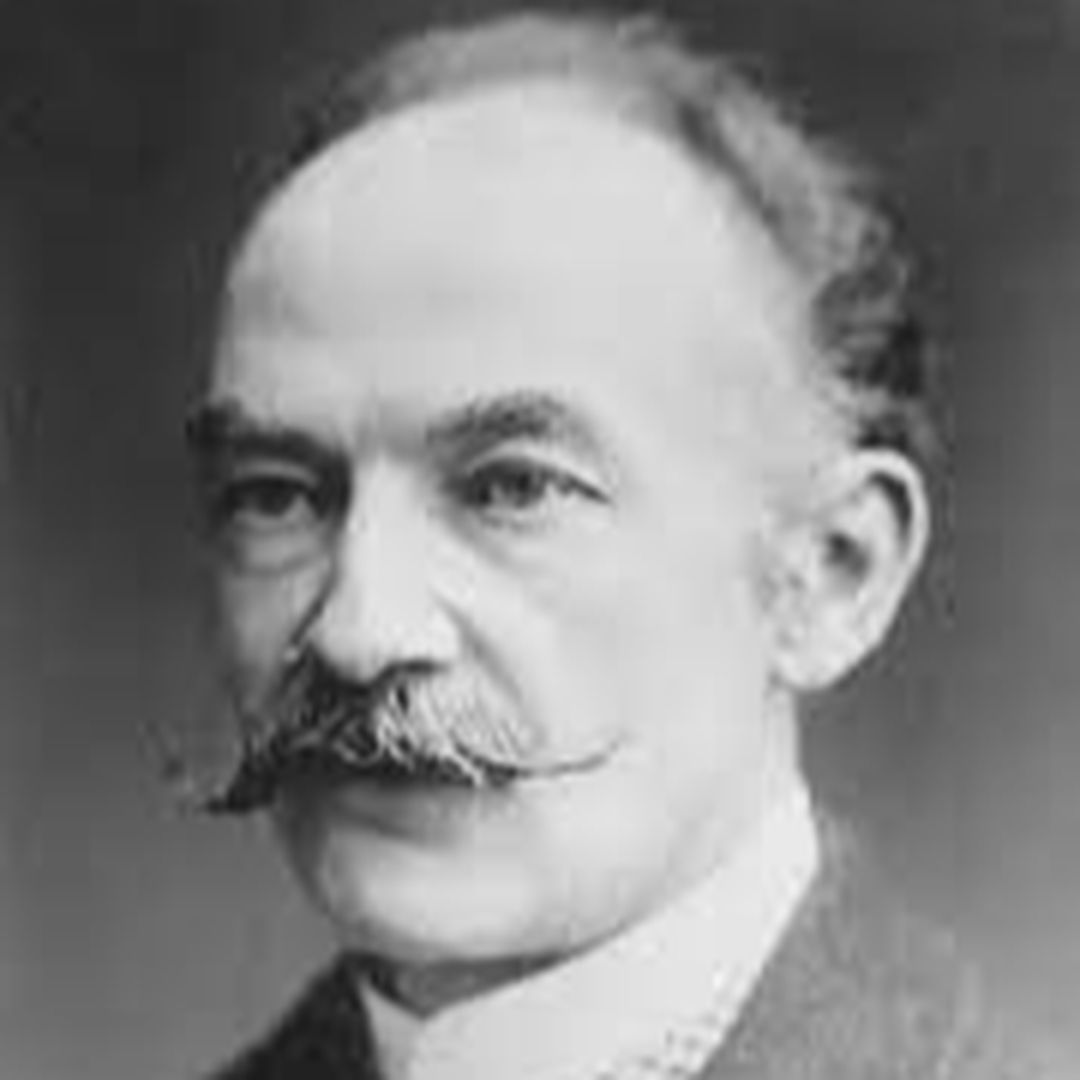