#OTD Today is the birthday of the Spanish botanist Martin Sesse who was born on this day in 1751.

King Carlos III charged Sesse with identifying, classifying, and illustrating all of the plant species throughout New Spain. This was a tremendous request. But Sesse was the man for the job. He was excellent at training young botanists, he was a pragmatist, and he had a strategic mind. He made plans for a major botanical expedition of new Spain, which was composed of the southwestern part of the United States, Mexico, and Central America. The expedition was an elaborate undertaking, and the botanists and the rest of the company would not return to Spain for a dozen years.
Sesse put together an A-team of botanists, including José Mariano Mociño and Vicente Cervantes, as well as a cantankerous naturalist by the name of José Longino Martinez.
A surgeon and naturalist from Madrid, Martinez wasn't suited to teamwork. After one too many disagreements with Sesse and the other botanists, Martinez went his own way and went off to explore California, which is how he became known as California's first naturalist.
As for Sesse and the other botanists, they conducted several plant collecting missions all over Mexico, which resulted in Sesse's most significant contribution to botany; a Flora of Mexico.
Of course, Sesse didn't do any of this alone. He collaborated with his team, especially Mociño and Cervantes. Together they established the Royal Botanical Garden of Mexico City, and Cervantes ended up serving as the Prof. of botany. They also founded botanical gardens in Manila and the Canary Islands. Altogether, Sesse's team cost Spain nearly 400,000 pesos.
Sesse's work could not have been done without the support of King Carlos, the Third. Luckily Sesse's significant endeavors were accomplished by the time Carlos the Fourth ascended the throne in 1788. Number Four had little interest in advancing scientific knowledge. It was clear that the time of significant Spanish scientific exploration was coming to an end.
During his lifetime, Sesse made a significant number of botanical illustrations which he brought with him when he returned back home to Spain. These pieces were never published, and they sat dormant until the botanist de Candolle saw them, and he knew right away that they were worth pursuing. He hired the artist is Jean Christophe Heyland to produce new drawings based on Sesse's work.
Today Sesse is remembered most conspicuously buy a dry gin that's made in Madrid. It's its beautiful blue label. 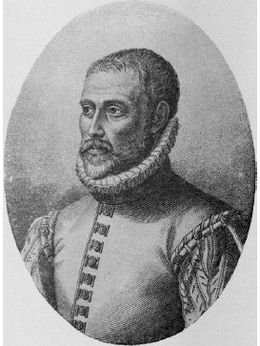