November 16, 1925
Today is the anniversary of the death of the botanist Joseph Henry Maiden.
Born in London, Joseph immigrated to New South Wales, Australia, hoping that the climate would improve his health. Joseph quickly landed a job as a museum curator in Sydney, and he also married a local woman named Eliza Jane Hammond.
During his time in Australia, Joseph made a significant contribution to understanding Australian flora, especially the Eucalyptus genus.  After thoroughly studying Australian woods and essential oils, Joseph wrote his book called The Useful Native Plants of Australia. In 1896, Joseph was appointed the Director of the Sydney Botanic Gardens. In total, Joseph served as a botanist in Australia for 43 years.
As for his Australian legacy, Joseph is remembered every September 1st, which is the first day of spring, also known as Wattle Day or Acacia Day. In Australia, the Wattle is a common name for Acacia. After appreciating their beauty and value, Joseph established the Wattle Day League, which fought to make the Golden Wattle (Acacia pycnantha "ah-KAY-see-ah pik-NANTH-ah") Australia’s national floral emblem, and he also worked to establish Wattle Day. Since the inception of Wattle Day in 1909, Australians have worn a Wattle blossom, which looks like a little yellow pompom in honor of the day. The Wattle blossom is also a favorite with pollinators.
As plants, Wattles are tough evergreen shrubs and trees that can withstand Australia's droughts, winds, and bushfires. There are 760 Wattle species native to Australia’s forest understory, woodlands, and open scrub.
The common name Wattle refers to an old germanic term for weaving and the English craft of building with interwoven flexible twigs and branches. As the English settled in Australia, they often harvested Wattle (Acacia) and used it in their building construction.
And here’s a fun fact about Wattles (Acacia): Giraffes love to eat them. 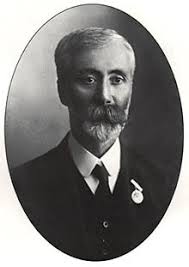