Medical Botany of the United States

November 17, 1786
Today is the birthday of the lawyer and medical botanist William Barton.
William’s uncle was 18th-century preeminent medical botanist Benjamin Smith Barton, from whom he learned his passion for botany.
In 1809 William enlisted in the Navy as a Surgeon and immediately fought to improve his fellow soldiers’ health. First, William tackled scurvy - the disease caused by a Vitamin C deficiency. William gave every sailor a lime or lemon. Thanks to William, permanent naval hospitals - complete with regulations and staff - popped up in port cities. And William was the first person to promote hiring female nurses to serve in naval hospitals.
In terms of botany, William wrote his Vegetable Materia Medica (Medical Botany) of the United States in 1817. The book shared the botanical, general, and medical history of medicinal plants indigenous to the United States. In his book, William disputed false curative uses for plants.
Specifically, William disputed alumroot or Heuchera americana as an effective cancer treatment, writing:

"I do not believe that the Heuchera has cured genuine cancer: but… it has proven beneficial in [treating] some obstinate ulcers, which have been mistaken for cancer."

William illustrated all the plants in his book, and his wife Esther colored many of his drawings.
When his uncle Benjamin died in 1815, William assumed his post at the University of Pennsylvania. 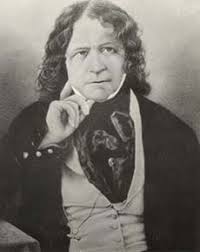