November 19, 1895
Today is the anniversary of the death of the Landscape Architect Calvert Vaux ("Vox"), who died on this day in 1895.
Calvert was born in England, but he came to the United States at the age of 24 to work on landscape projects with Andrew Jackson Downing. Together, they planned the grounds around the Capitol and the Smithsonian Institution in Washington.
After Downing's untimely death, Calvert named his second son Downing to honor his partner and friend.
Calvert went on to work with many talented people during his career, including Jacob Weidenmann and George Radford.
When Calvert Vaux came up with a public competition to design Central Park, he teamed up with Frederick Law Olmsted. While they worked on Central Park, Calvert coined the term “Landscape Architect” to describe what they were doing. Calvert said that his goal for Central Park was to,

Since Frederick and Calvert worked so well together, they continued to work on joint park projects like Prospect Park in Brooklyn, South Park in Chicago, and the New York Reservation at Niagara Falls.
In 1895, at the age of 70, Calvert was living with his son in Brooklyn. Calvert developed a morning walk ritual, and he often visited Prospect Park. On this day in 1895, the weather was foggy, and Calvert decided to walk the pier along Gravesend Bay.
Two days later, after his kids reported him missing, newspapers shared this description:

The following day, Calvert's body was found in Gravesend Bay. Like his dear friend Downing, Calvert had drowned.
At the end of November, the Statesville Record And Landmark out of Statesville, North Carolina, ran a tribute to Calvert that read:

"Calvert Vaux was… one of the most famous men in the world....
[He] created Central Park [and] people who have [visited it from] all over the world say that no park… is so beautiful.
But, the Brooklyn folks say that… Prospect Park is handsomer. Yet that, too, was "created" by Calvert Vaux.
[Calvert] soothed nature's rough places and... brightened her attractive features.
In Prospect Park, nature left little for a man to do.
But Central Park is almost wholly artificial, and it's beautiful vistas of hill and dale, lake and wood, are largely the work of [Calvert] Vaux.” 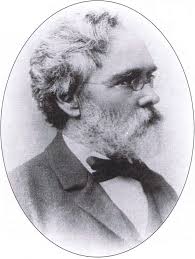