The Origin of Species

November 24, 1859
On this day, Charles Darwin’s the Origin of Species reached bookstores.
Over twenty years had passed since Charles departed on the HMS Beagle for a five-year voyage around the world. On this revelatory trip, Charles discovered the building blocks to his evolutionary theory in the fossils and diverse species he encountered on his expeditions.
Often, Charles Darwin is depicted as an older man on the Beagle; but he was just 22 when he sailed away and still a young 27 when he returned to England with boxes full of specimens and a brain swirling with new ideas. Darwin was 50 when his book began selling in bookstores on this day in 1859. 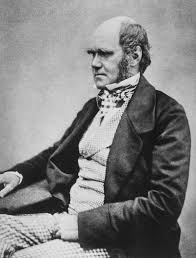