December 4, 1841
On this day, the German botanist Theodore Vogel was laid low with dysentery.
After joining the Niger (“nee-ZHER") expedition, Theodore recorded in his journal the difficulties of traveling without the benefit of a Wardian Case on board a naval warship called the Wilberforce:

"As soon as I got on board... my first care was to…
the plants gathered since we arrived at Cape Coast Castle.
But though I had taken all possible care, much was spoilt
and almost everything in a bad state.
It has been my lot ... after endless labor.
I mention this, on purpose, that in case my collection comes into other hands, I may not be accused of negligence.
I have sacrificed every convenience to gain room
and spared no trouble to overcome the dampness of the ship
and of the atmosphere, but without success.
The general arrangements of a man-of-war do not give many opportunities for such experiments. When will the time arrive, that ...naturalists [will receive] the appropriate and necessary support?"

When Theodore became sick on this day in 1841, his friend and fellow German, the mineralogist, Charles Gottfried Roscher, tended to him for thirteen days and never left his bedside.
On December 17th, about mid-day, Theodore woke to ask Charles if everything was ready for their excursion, and then he peacefully passed away. 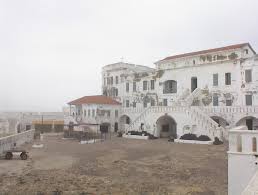