January 13, 1884
Today is the birthday of the eccentric Hawaiian-based botanist, anthropologist, and explorer Joseph Francis Rock.

Joseph was born in Austria but ended up immigrating to the United States before eventually settling in Hawaii, where he was beloved. In fact, Joseph became Hawaii's first official botanist. Joseph started teaching as a Botany professor at the University of Hawaii in 1911, and he also served as a botanist for the Hawaiian Territorial Board of Agriculture. After working for 13 years in Hawaii, Joseph left to explore China - and that quest would become his primary passion.

It was 1920 before Joseph left Honolulu for China for the very first time. And when he traveled, Joseph always carried a copy of David Copperfield to remind him of his own terrible childhood. And although Joseph knew he was beloved in Hawaii, he always said that he considered China to be his “real” home.

In fact, when comparing China to the rest of the world, Joseph said China was better since it was the place,

“Where life is not governed by the ticking of the clock but by the movement of celestial bodies.”

In total, Joseph spent much of his adult life - more than 20 years - in southwestern China. And often, Joseph was the very first explorer to enter these interior locations that he visited.

In fact, there were many times when Joseph became so embedded in the country that his peers would go too long without hearing from him, and they would begin to think that Joseph must have died. How would they ever find him? Many could only guess that his body was probably somewhere in the Tibetan or Yunnan ("YOU-nan") mountains. Yet, thankfully, Josephalways turned up.

And it’s important to note - especially when you consider how much Joseph traveled - that Joseph never traveled alone. When Joseph explored, he always went with a large party comprised of two dozen mules, 20 men, and an escort of nearly 200 soldiers for protection against bandits. And as for his personal effects, get this: Joseph brought a folding bed, a table and chairs,  a full set of silverware and china to dine on, an Abercrombie & Fitch canvas bathtub for hot baths, and a hand-cranked phonograph so he could listen to his favorite music: opera.

Now, when he returned to Hawaii, Joseph recounted many hair-raising stories from his time in China.

There was this one time when Joseph had collected plants along the base of Mount Gongga ("Gan-GAH") in China's Tibetan Borderland. Now, Mount Gongga is known as "The King of Sichuan ("SITCH-ooh- an") Mountains. Joseph incorrectly predicted it was the tallest mountain in the world (but it's actually the 41st-tallest). Well, one spring, Joseph had an especially great time collecting around the base of Mount Gongga. So, naturally, he wanted to visit it again. But, when he returned in the fall, Joseph and his party were halfway up Mount Gongga when a runner reached them with a letter from the tribal King. Apparently, after Joseph's first collecting trip, a severe hail storm had destroyed the fields. The tribe blamed the catastrophe on Joseph's mountain botanizing, which they believed offended the god of the mountain. And the King's letter warned that Joseph and his party were in danger of being attacked and killed by the tribe if they continued up the mountain. So, the King requested that Joseph abort the trip - which he did.

Years later, even after being kicked out of the country, Joseph wrote,

''I want to die among those beautiful mountains rather than in a bleak hospital bed all alone.''

In addition to plants, Joseph had a knack for languages. He cataloged and transcribed Chinese manuscripts and actually wrote a dictionary of one of the tribal languages. He had an enormous intellect and was multi-talented. In addition to being a botanist and a linguist, Joseph was regarded as a world-expert cartographer, ornithologist, and anthropologist.

Now, from a gardening standpoint, it was Joseph Rock who brought blight-resistant Chestnut trees to America. Naturally, he had sourced them in China.
The Chestnut is in the same family as the Oak and, today, there are nine species of chestnut in the Northern Hemisphere. The four main species of Chestnut (Castanea spp.) are European, Chinese, Japanese, and American chestnuts. Depending on the species, Chestnut trees can live to be hundreds of years old.
And Chestnuts are unique in that they have very little protein or fat. Instead, Chestnuts are carbohydrates, and they are the only nuts that contain vitamin C.
And there's one additional plant that I always associate with Joseph Rock: the Rhododendron. Joseph Rock also brought American gardeners more than 700 species of Rhododendron. How could we ever thank him enough for that? In fact, some of Joseph's original Rhododendron seeds were first successfully grown in the Golden Gate Park in San Francisco. And in 1903, the Rhododendron was designated the official State Flower of West Virginia.

Referred to as the King of Shrubs, the word Rhododendron comes from two Greek words: "rodon," which means "rose," and "dendron," which means "tree,” hence Rose Tree. And Rhododendron flowers are produced in trusses (a truss is a flower-like structure composed of many flowers). Finally, Rhododendrons are in the Ericaceae ("er-rah-KAY-see-ee") plant family, which also includes Blueberries, Cranberries, Heathers, Huckleberry, Mountain Laurels, and Trailing Arbutus.
So the next time you see a Chestnut Tree or a beautiful Rhododendron, tip your hat to Joseph Rock. 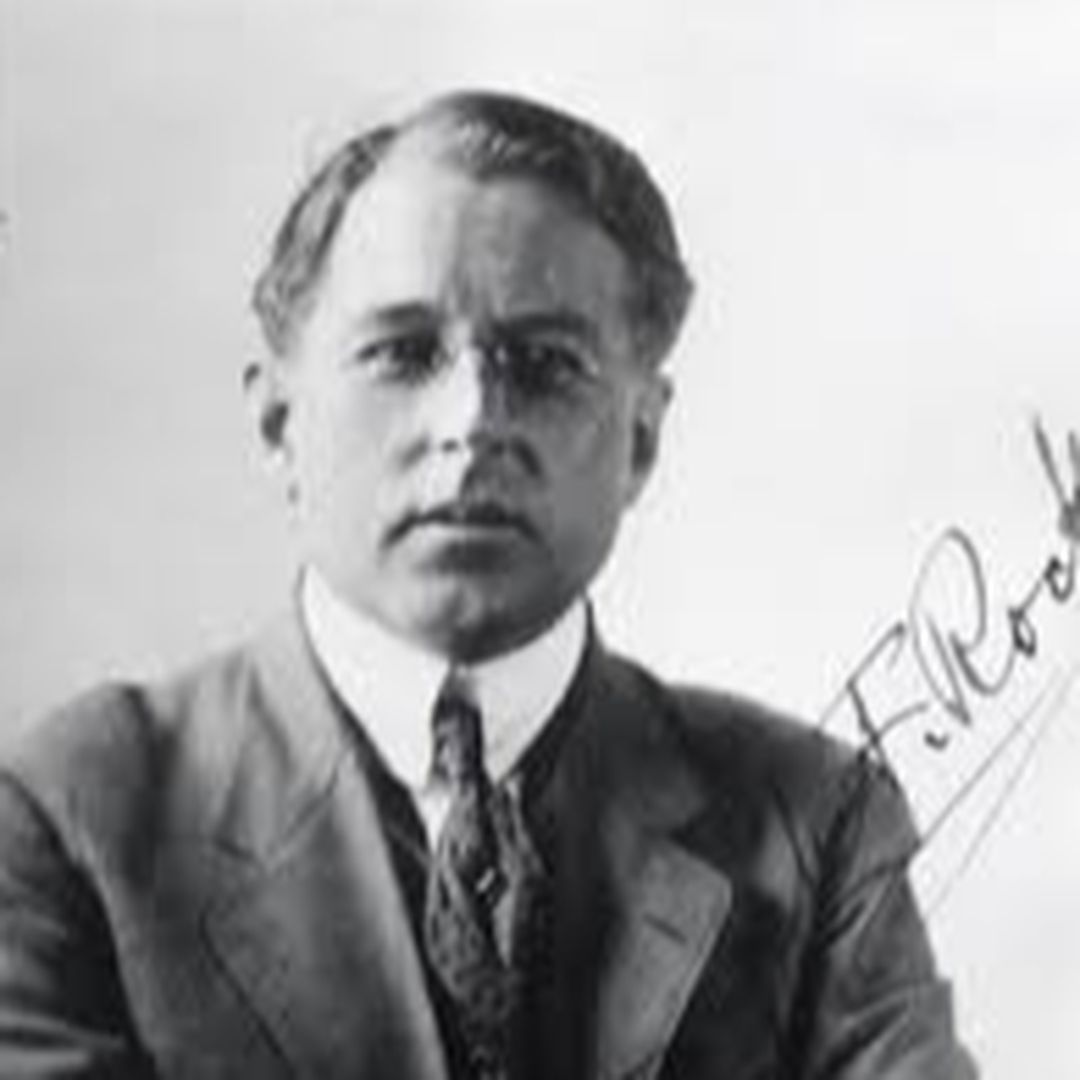