The Glory of the Garden

January 18, 1936
Today is the anniversary of the death of the English journalist, short-story writer, poet, and novelist, Rudyard Kipling.

One of England’s most famous writers, Rudyard, purchased a property called Bateman’s in East Sussex in 1902. Rudyard called it his “good and peaceable place.”
From the onset, Rudyard envisioned Bateman’s to be preserved in perpetuity. To help ensure his vision would become a reality, Rudyard purchased 300 acres of land surrounding the property.

When Rudyard became the first English writer to win the Nobel Prize for Literature, he spent all the prize-money on his garden.

The gardens at Bateman are a delight. In addition to the beautiful ornamental pond and orchard, there is a pergola, a walled mulberry garden, a walk, a rose garden, a secret door, and a sundial inscribed with the words “It’s later than you think.”

When Rudyard was alive, his garden was a favorite for his guests and visitors. The Lily Pond was a special attraction. And we get a glimpse of Rudyard's playful side, knowing that he even had a little boat that was anchored to the edge of the pond. Rudyard built the boat for his children, and they would float around the pond on imaginary adventures. And apparently, other people had adventures in Rudyard's Lily Pond, too. If you look in the Kipling family visitor’s book - after some of the names - Rudyard Kipling added the letters F.I.P. for Fell in Pool.

Today, as Rudyard had hoped, Bateman’s is under the care of the National Trust.
In 1911 Kipling wrote his famous Garden poem called, The Glory of the Garden.

"Our England is a garden that is full of stately views,
Of borders, beds and shrubberies and lawns and avenues,
With statues on the terraces and peacocks strutting by;
But the Glory of the Garden lies in more than meets the eye.
For where the old thick laurels grow, along the thin red wall,
You’ll find the tool- and potting-sheds which are the heart of all
The cold-frames and the hot-houses, the dung-pits and the tanks,
The rollers, carts, and drain-pipes, with the barrows and the planks.
And there you’ll see the gardeners, the men, and ‘prentice boys
Told off to do as they are bid and do it without noise ;
For, except when seeds are planted, and we shout to scare the birds,
The Glory of the Garden it abideth not in words.
And some can pot begonias, and some can bud a rose,
And some are hardly fit to trust with anything that grows;
But they can roll and trim the lawns and sift the sand and loam,
For the Glory of the Garden occupieth all who come.
Our England is a garden, and such gardens are not made
By singing:-” Oh, how beautiful,” and sitting in the shade
While better men than we go out and start their working lives
At grubbing weeds from gravel-paths with broken dinner-knives.
There’s not a pair of legs so thin, there’s not a head so thick,
There’s not a hand so weak and white, nor yet a heart so sick
But it can find some needful job that’s crying to be done,
For the Glory of the Garden glorifieth every one.
Then seek your job with thankfulness and work till further orders,
If it’s only netting strawberries or killing slugs on borders;
And when your back stops aching and your hands begin to harden,
You will find yourself a partner In the Glory of the Garden.
Oh, Adam was a gardener, and God who made him see
That half a proper gardener’s work is done upon his knees,
So when your work is finished, you can wash your hands and pray
For the Glory of the Garden that it may not pass away!
And the Glory of the Garden it shall never pass away!" 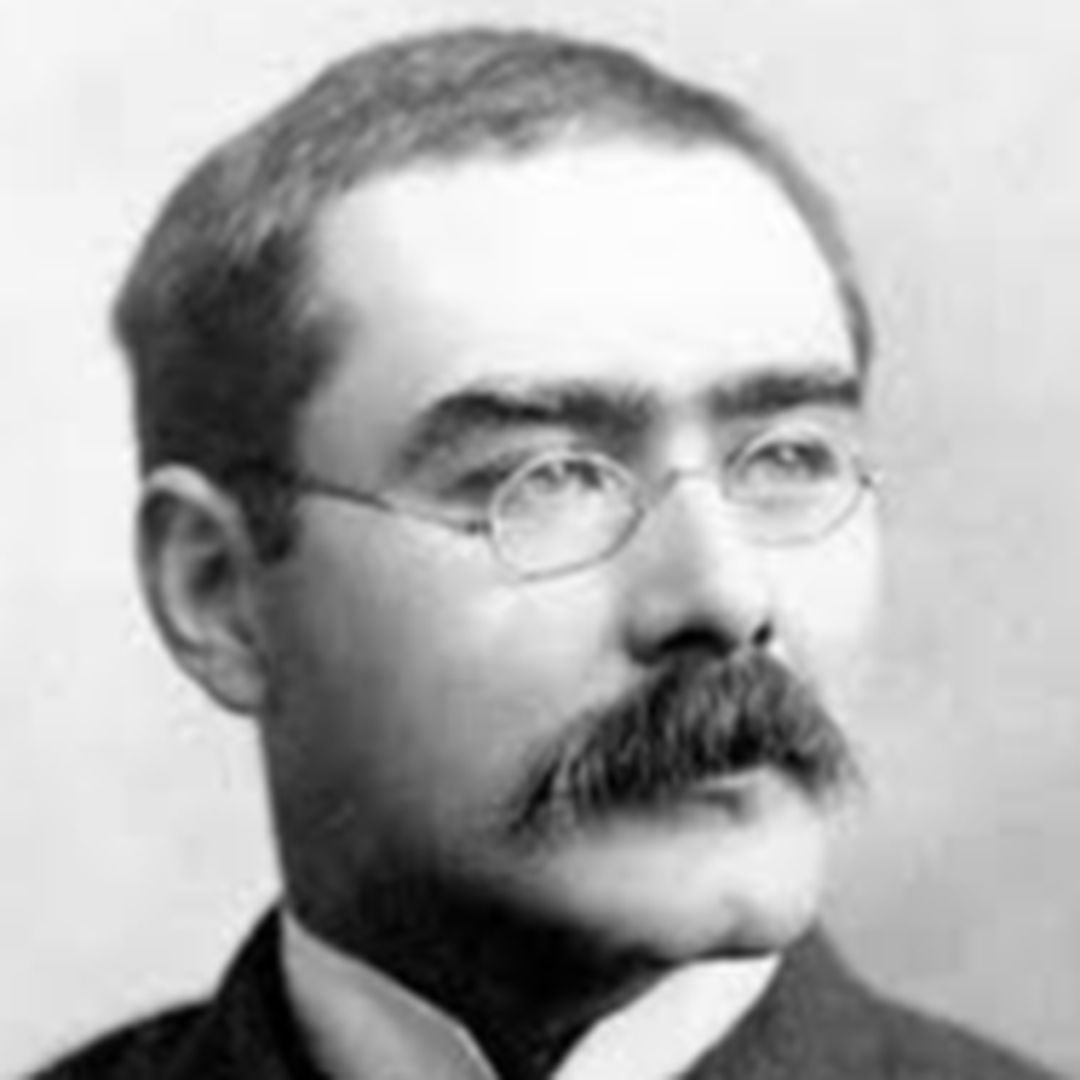