“The Douglas fir, a native of the Northwest but now being planted extensively in the East, is becoming a famous Christmas tree.
The species was named for a Scotch botanist who discovered it on an expedition in 1825, but its scientific name is Pseudotsuga, meaning "false hemlock."
As a matter of fact, it is neither a hemlock nor a fir, and though it is sometimes called a spruce, It isn't that either.
The tree belongs to an entirely distinct species.
The tree most commonly used for Christmas trees is a real fir: the balsam - so-called because its blister-like pockets yield a resinous liquid known as Canada balsam, which is used, among other things, for attaching cover plates to microscope slides.”

The Douglas-fir is not a true fir, which is why it is spelled with a hyphen. Anytime you see a hyphen in the common name, you know it's not a true member of the genus. 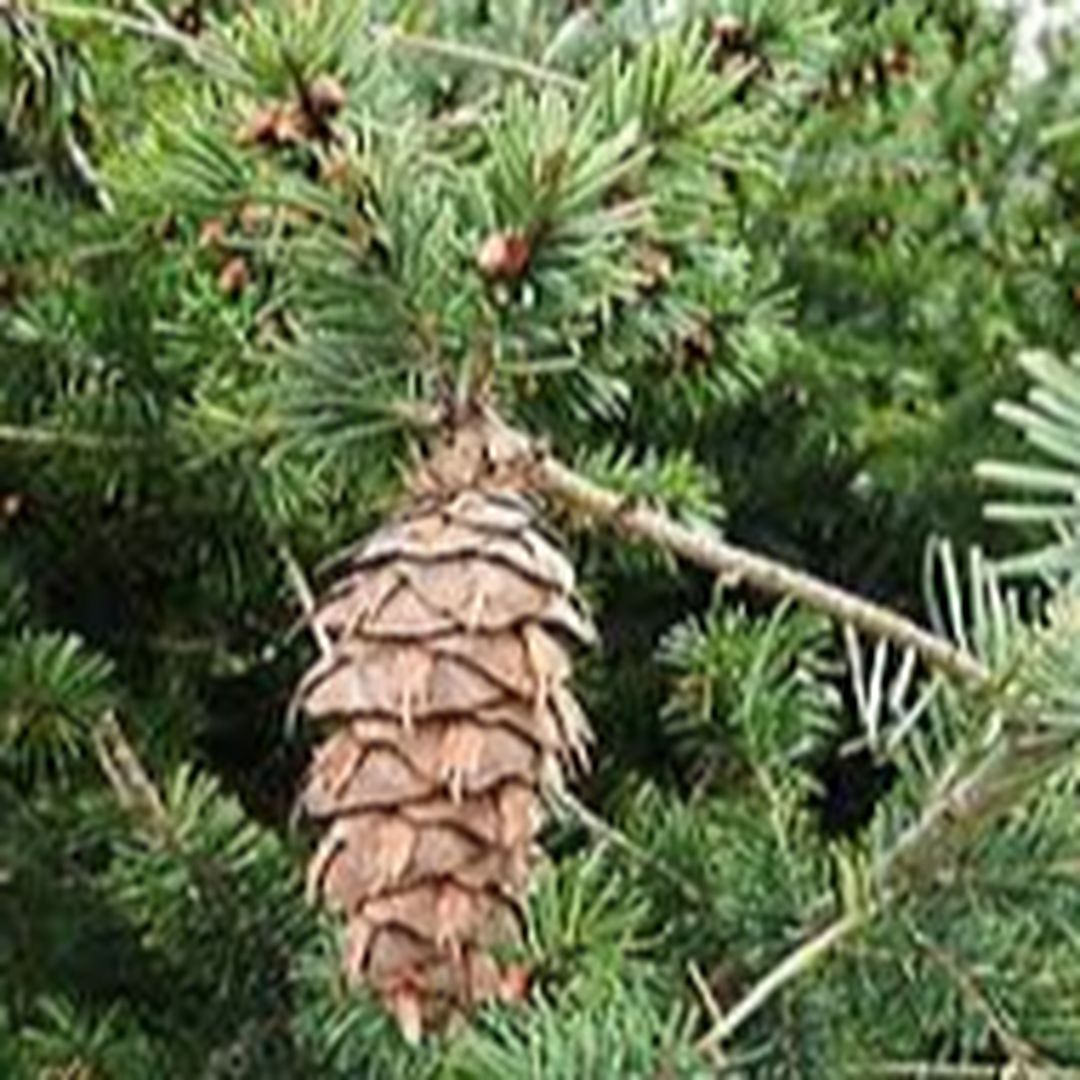