January 28, 1895
Today is the birthday of the nurseryman known as “Mr. Poinsettia,” Paul Ecke Sr. ("Eck-EE"), and he was born in Magdeburg, Germany. Paul and his family immigrated to the United States in 1906.

And when Paul took over his father's nursery business located on Sunset Boulevard in Hollywood in the early 1920s, the Poinsettia (Euphorbia pulcherrima) was a fragile, outdoor, wild plant. And Paul fell in love with the Poinsettia immediately. And Paul felt that the Poinsettia was perfectly created for the holiday season because the bloom occurred naturally during that time of year.

By 1924, Paul was forced out of Hollywood by the movie business, and that's when he brought his family and the nursery to San Diego County.

Paul and his wife Magdalena had four children, and they purchased 40 acres of land in Encinitas("en-sin-EE-tis"). It was here that Paul would turn his passion for Poinsettias into a powerhouse. And at one point, his nursery controlled 90% of the Poinsettia market in the United States.

At first, Paul raised Poinsettias in the fields on his ranch. Each spring, the plants were harvested and then loaded onto two railroad cars and sent to greenhouse growers all along the east coast.

And when Paul wasn't growing Poinsettias, he was talking Poinsettias. It wasn't too long before Paul started calling Poinsettias "The Christmas Flower"; Paul was endlessly marketing Poinsettias and praising their attributes as a harbinger of Christmas.
Initially, Paul worked to decrease the growing time of the Poinsettia. By getting the time to bloom down from 18 months to 8 months, Paul made it possible for the Poinsettia to be grown indoors.

And after figuring out how to propagate the plant through cuttings indoors, Paul was soon able to ship Poinsettias around the world by plane.
In the 1960s, Paul’s son, Paul Jr., took over the business, and he cleverly sent Poinsettias to all the major television shows. When the holiday programs aired, there were the Poinsettias - in their glory - decorating the sets and stages of all the most popular TV shows.

When Paul Junior learned that women's magazines did their photoshoots for the holidays over the summer, he began growing a Poinsettia crop that peaked in July. Magazines like Women's Day and Sunset were thrilled to feature the Poinsettia in their Christmas magazines - alongside Christmas Trees and Mistletoe. This venture was regarded as the Ecke family's most significant marketing success and made the Poinsettia synonymous with Christmas.

Today gardeners will be fascinated to learn that the Ecke family distinguished themselves as a superior grower of Poinsettias by using a secret technique to keep their plants compact and hardy. Their solution was simple: they grafted two varieties of Poinsettias together, causing every seedling to branch and become bushy.
Competitor Poinsettias were leggy and prone to falling open. Not so, with the Ecke Poinsettia.

By the 1990s, the Ecke growing secret was out of the bag, and competitors began grafting Poinsettias together to compete.

Today the Ecke family does not grow a single Poinsettia on their farm in San Diego County.

Finally, one of Paul's Poinsettia pet peeves is the commonly-held belief that Poinsettias are poisonous. Over the years, sometimes that fear would prevent a pet owner or a young mother from buying a Poinsettia. Paul Ecke recognized the threat posed by this false belief. And so, Paul fought to reveal the truth one interview at a time.
It turns out that a 50-pound child would have to eat roughly 500 Poinsettia leaves before they would even begin to have a stomach ache. Furthermore, the plant is not dangerous to pets. And here's where things get crayze: Paul would regularly eat Poinsettia leaves on camera during interviews over the holiday season to prove his point.

When the Ecke nursery sold in 2012, it still controlled over half the Poinsettia market in the world. During the holiday season, roughly seventy-five million Poinsettia plants are sold - most to women over 40. 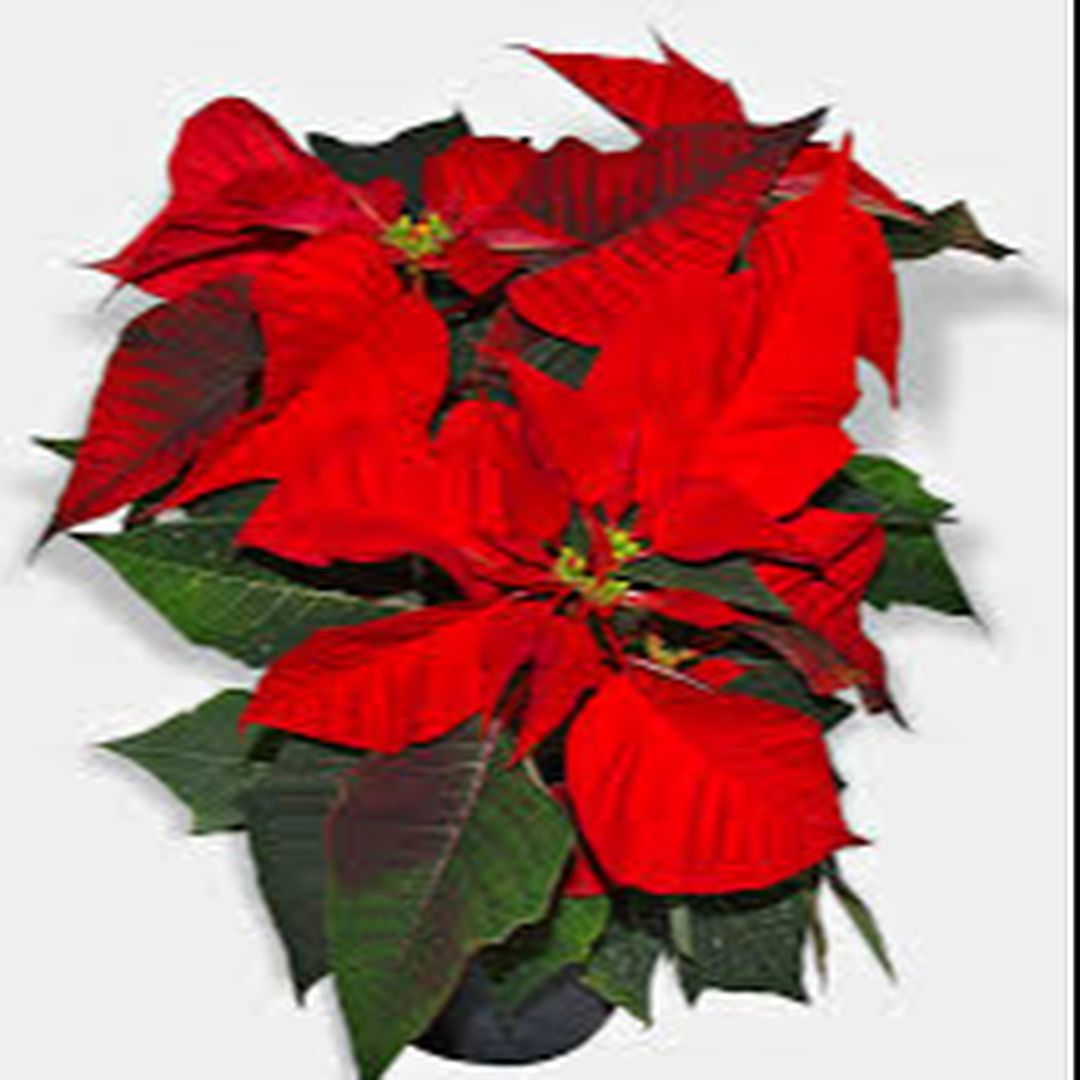