February 4, 1899
Today is the birthday of the Beatrix Farrand protégé, the American Landscape Architect Ruth Harvey.

Before she earned her Master’s degree in Architecture, Ruth had already started working for Beatrix Farrand - and it was this relationship that would lead Ruth to her professional destiny: Dumbarton Oaks.

Dumbarton Oaks was a farm that was purchased by Robert and Mildred Bliss in 1920. A creative visionary, Mildred immediately had big plans for the property, and she hired the great Landscape Architect Beatrix Farrand to help with the transformation. And while Mildred had bargained for creating a magnificent garden property, she ended up with so much more: a very dear friendship with Beatrix.

As for Ruth, after she was hired, she joined a small team of women, spearheaded by Beatrix, to design the magnificent gardens and Landscape at Dumbarton. But in a few years, after the project was underway, it was Ruth who took point on the work at Dumbarton. Ruth’s leadership happened organically after she proved herself by working on various projects.

Ruth’s first major project at Dumbarton was something called the Green Garden Inscription to Beatrix Farrand. The inscribed stone tablet was something special that Mildred wanted to be added to the Green Terrace; she was looking for a permanent way to honor her dear friend Beatrix, and she wanted it set in stone. And so, Ruth designed a plaque that was placed within a balustrade - the stone railing of the terrace. Written in Latin, (“Somnia sub patulis videant nascentia ramis sidera fausa ferant omnia et usque bona. Testimonio amicitiae Beatricis Farrand nec illorum immemores qui postero aevo vitas veritati erunendae impenderint. Hanc tabellam posuerunt Robertus Woods Bliss uxorque Mildred”) the inscription has two lines of elegy that read:

“May they see their dreams
springing to life under the spreading boughs;
May lucky stars
bring them every continuous good.”

And the inscription reads:

“A testimony to the friendship of Beatrix Farrand.
Robert Bliss and his wife, Mildred,
remembering those who have spent their lives
bringing truth forth for a later age, set this plaque here."

The Green Terrace was designed to be an extension of the Bliss home. The patio area served as an outdoor dining room and a space for entertaining, and the Blisses hosted large parties and events there.

Set on the highest part of the property, the Green Terrace offers the best views of Dumbarton and the spot where Mildred purposefully chose the inscription; it’s the very best spot to stand to view the garden and the landscape beyond.

Over Ruth Havey’s long career, she took on additional projects out of her office in New York, and she was part of the first generation of working female Landscape Architects in the country. And with every project she completed, Ruth honed her superpower: tying the landscape to buildings on the property - making the garden a cohesive part of the whole.

And although she had many impressive clients and gardens through the years, Ruth always felt a special bond to Dumbarton - a place she helped to mold and shape for over thirty years. And it’s fitting that her best work - her masterpiece - was a Dumbarton project called the Pebble Garden.

Initially, the Pebble Garden space was a tennis court, and Beatrix Farrand had actually installed it.

Most gardeners can relate to tearing out a garden feature that no longer suits their needs. But the task of replacing a tennis court - a 60 by 120-foot flat space - with an intricate pebble mosaic must have felt like an enormous undertaking. The area was a clean slate.
After a fateful trip to Florence, Italy, Mildred discovered a muse for the space. She had gone to see the Villa I Tatti, and Mildred’s imagination lighted up when she saw an intricate mosaic of pebbles - a pebble garden - that made the walkways look like they were covered with an intricately patterned stone carpet.

Now Villa I Tatti’s elaborate pebble pathways were designed by the great Uruguayan-British garden designer and architect Cecil Ross Pinsent. Visiting elite gardens was not at all intimidating or overwhelming to Mildred. Instead, Mildred was invigorated by the practice of benchmarking the very best gardens in the world so that Dumbarton, too, could be extraordinary.

Imagine being in Ruth’s shoes as Mildred tells her she wants a pebble mosaic to replace the tennis court. Imagine sourcing images for inspiration, finding the perfect pebbles, and establishing a design that would likely inspire for centuries. This redesign was a massive challenge for Ruth Havey, and in the end, she nailed it, and the pride that she felt must have been very gratifying.

Today when you view Ruth’s pebble mosaic, I want you to imagine what it would look like with water above it - because that was what she originally intended. Sadly, the cement bedding below the mosaic had some flaws, and those cracks meant the mosaic would always be fully exposed, and I suspect that this development has actually prolonged the life of the mosaic. Anyone with a water feature knows how water degrades the structures beneath the water.

Finally, the pebble garden features two cornucopias on either side of a large sheaf of grain. This harvest image of the two cornucopias and the grain is a visual reminder of the Bliss family motto: “Quod Severis Metes: You reap what you sow.” 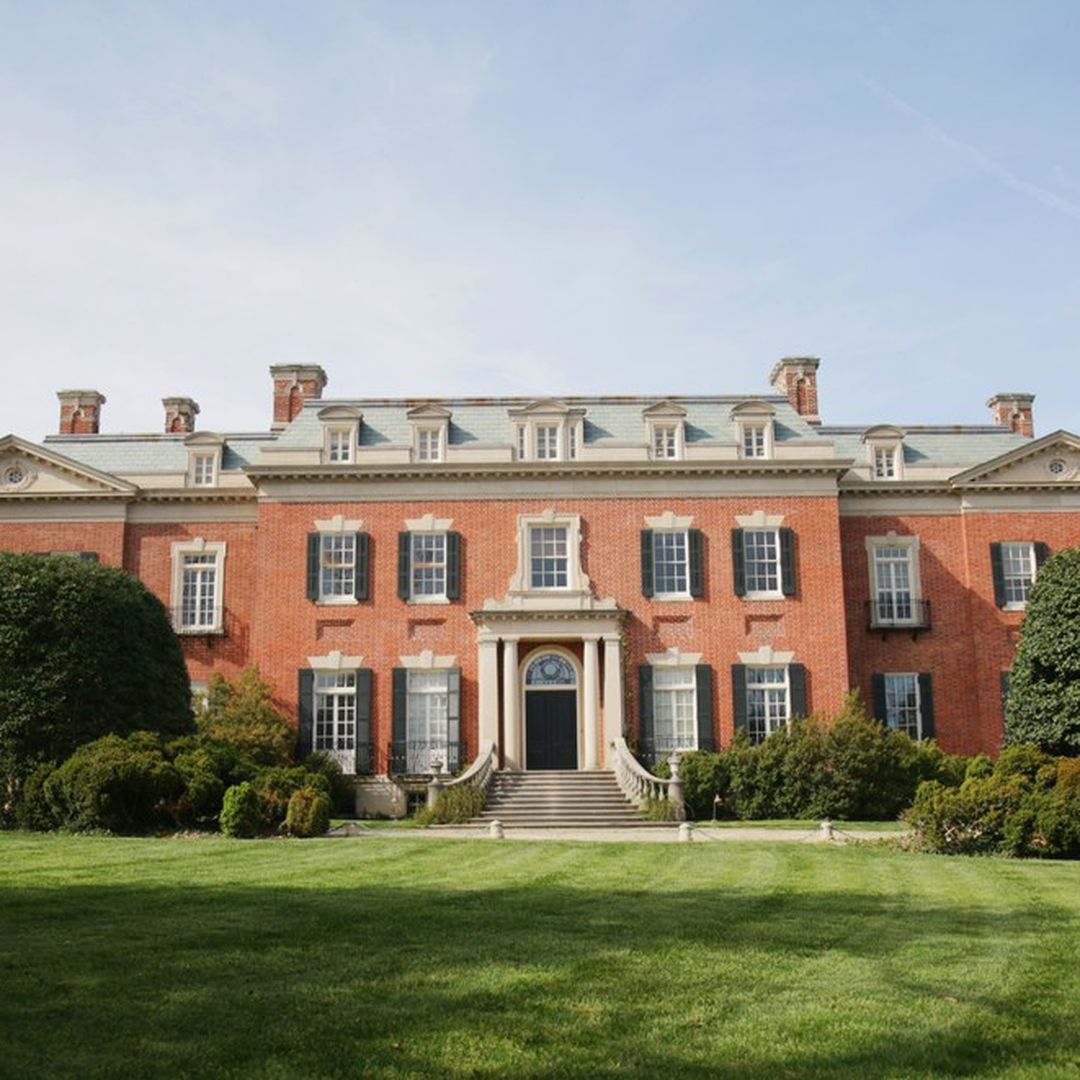