February 17, 1880
Today is the birthday of the legendary rock and alpine gardener, plant explorer, nurseryman, writer, and painter Reginald Farrer.

A son of the Yorkshire Dales, Reginald was raised in upper-middle-class circumstances on the Farrer family estate called Ingleborough Hall in Clapham. And although Reginald was a world traveler, his heart belonged to Yorkshire, and he repeatedly referenced Yorkshire in his writing.

Given Reginald’s influence on rock gardening, I always find it rather fitting that Reginald’s Ingleton home place was itself a large natural rock garden.

Reginald was born with many physical challenges. He had a cleft palate, speech difficulties, and what Reginald called a "pygmy body. “ Growing up, Reginald endured many surgeries to correct his mouth, which resulted in him being homeschooled. The silver lining to his solitary childhood was that Reginald learned to find happiness looking at the flora and fauna as he scoured the rocks, ravines, and hills around Ingleborough.

By the time Reginald was 14 years old, he had created his first Rock Garden in an old kitchen garden at his family home. This little magical space would eventually transform into a nursery Reginald called Craven, and it naturally specialized in Asian mountain plants. And every time Reginald went on an expedition, he would send back new alpine plants and seed from Craven.

When it was time, Reginald attended St. John's College at the University of Oxford. It brings a smile to know that before Reginald graduated in 1902, he had left the school with his signature gift: a rock garden.

Once he finished school, Reginald began botanizing in high places from the Alps to Ceylon and China. His first trip was to Tokyo, and Reginald found a little house to rent that had, of course, a real Japanese rock garden. This living and botanizing experience in Japan became the basis for his first book called The Garden of Asia (1904).
During his twenties, Reginald liked to say that he found “joy in high places,” and the European Alps became a yearly touchstone. And although he saw some of the most incredible mountains in the world - they held no sway with Reginald. For Reginald - it was always about the plants.
Reginald wrote,

“It may come as a shock and a heresy to my fellow Ramblers when I make the confession that, to me, the mountains…  exist simply as homes and backgrounds to their population of infinitesimal plants.
My enthusiasm halts... with my feet, at the precise point where the climber’s energies are first called upon.”

“As a writer of garden books [Reginald] stood alone.
He wrote… from a peculiar angle of his own, giving queer human attributes to his plants, which somehow exactly described them.”

As an example, here’s a journal entry from Reginal from June 2nd, 1919:

“I sat down to paint it (the most marvelous and impressive Rhododendron I've ever seen -
a gigantic, excellent, with corrugated leaves and great white trumpets stained with yellow inside -
a thing alone, by itself WELL worth all the journey up here…
And oddly enough, I did not enjoy doing so at first...
a first false start -
a second, better, splashed and spoilt, then a mizzle,
so that umbrella had to be screamed for and held up with one hand while I worked with the other.
Then flies and torment
and finally a wild dust storm
with rain and thunder came raging over
so that everything had feverishly to be hauled indoors
and the Rhododendron fell over…
But one moral is -
only paint when fresh or before the day's toils;
The rhododendron gave me such a bad night...
I… satisfactorily finished it -
though it took till after 12."

Many people have tried to puzzle out the personality of Reginald. While it’s unanimously agreed that he could be eccentric, I’m not a fan of his harsher critics.
I say, to discover Reginald’s heart, learn how much he loved Jane Austen. In fact, his 1917 essay on Jane was judged the “best single introduction to her fiction.” When he traveled, Reginald always brought Jane's books along. Reginald once wrote that, when traveling, he really only needed his clothing and Jane’s books - and if he had to choose between the two, he’d keep the books.
And there’s a well-told story about Reginald that speaks to his ingenuity and uniqueness.

Reginald was always searching for alpine plants that would grow in the British climate. One time, after an inspiring visit to Ceylon, Reginald got the idea to create a cliff garden with the seeds from his trip. So, when he returned home, he rowed a boat to the middle of the lake at Ingleborough and used a shotgun to blast the seeds into the face of a cliff. You can imagine his delight when his idea worked and the cliff was alive with plants.

Today, although the cliff garden is no longer, there are many Himalayan plants - like bamboo and rhododendron - that remain around his home place, still thriving among the rocks in Ingleborough.

In addition to having an impact on the field of garden writing, Reginald helped to change the course of British gardening. Reginald’s influence happened to be timed perfectly - as millions of eager British gardeners wrenched the hobby of gardening away from the elite. By this time, Reginald had earned the moniker The Prince of Alpine Gardeners. Reginald had mastered rock gardens - the trick was to make them look as natural as possible - and Reginald’s passion for rock gardens came through in his famous 1907 book My Rock Garden. Reginald’s book and exploits made rock gardens trendy, and suddenly everyone wanted a rockery in their backyard.
The rock garden craze made it all seem so simple, but Reginald knew full well the lengths he had to go to in order to source new alpine plants. During his two years in China, Reginald wrote,

“You're on an uncharted mountainside, and you have to, first of all, find the Plant in the summer on the way up the mountain.
Then in the autumn, you have to find the same plant – if it hasn't been eaten or trodden on – hope it's set seed and that the seeds haven't fallen yet – and this is just the start.”

After China, Reginald pivoted and became a war journalist during WWI - even embedding for a time along the Western Front. And, of course, it was botany that helped Reginald carry out this work. While he wrote stories along the Italian frontlines, he collected plants - once while taking fire from Austrian troops. Reginald knew this was insane and wrote:

“What Englishman ever before has collected cyclamen on Monte Santo among the shell-fire?”

After the war, in 1919, Reginald took a trip to the mountains of Myanmar in Upper Burma. He would never see his beloved Yorkshire again. He was just 40 years old.
Somehow, Reginald met his end alone on a remote Burmese mountain, and his body was buried in Konglu in Burma. Most reports say he died of Diptheria, but the explorer and botanist Joseph Rock said he was told Reginald - who had become a devout Buddhist after college - had drank himself to death on the night of October 17th, 1920. And I thought of Reginald up on that mountain alone when I researched the etymology of the name of his nursery, Craven, which means defeated, crushed, or overwhelmed.
Today Reginald is remembered in the names of many plants like the beautiful blue Gentiana farreri ("jen-tee-AYE-na FAR-ur-eye"). And the Alpine Garden Society’s most highly-prized show medal is the Farrer Medal, which honors the best plant in the show. 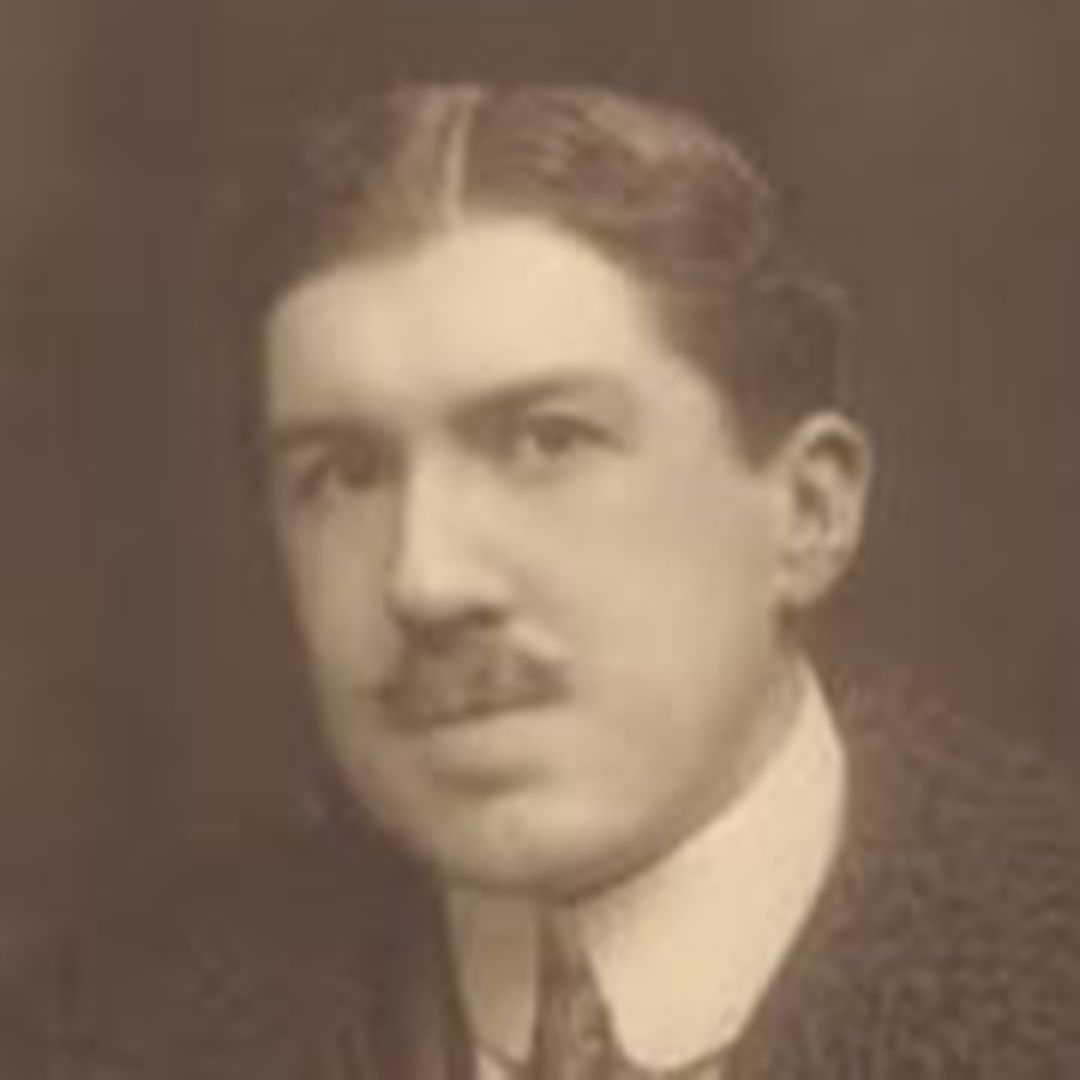