The Father of Modern Horticulture

March 15, 1858
Today is the birthday of the American horticulturist and botanist who co-founded the American Society for Horticultural Science, Liberty, Hyde Bailey, who was born on this day, March 15th in 1858.

We owe a huge debt of gratitude to Liberty Hyde Bailey. He is responsible for starting so many things, including the 4-H movement, the nature study movement, parcel post, and even making sure that electricity got into rural parts of America. He truly was a pioneer.

Looking back, it's actually rather staggering to reflect on Liberty Hyde Bailey’s work.  Luckily for us, we’re able to get a clear picture of his activity because he was such an excellent writer.

Liberty had some tremendous mentors in his life. First, he served as a research assistant to the great Asa Gray at Harvard in his herbarium, and he worked with Asa for over two years.

Between being at Harvard and regularly working with Asa, he got the finest horticultural education and experience that a person could get in the late 1800s in the United States.

After Harvard, Liberty went on to work in New York. Specifically, he served as the Department Chair for Horticulture at Cornell University.

And if you recall studying genetics, learning about  DNA, genes, and Mendel in middle school, that is due to Liberty Hyde Bailey. This is because Liberty evaluated what Mendel had done, and he realized that it was genuinely revolutionary work. Essentially, Liberty plucks Mendel out of obscurity and puts him in a place of honor - a spot Mendel so clearly deserved.

Now, if you're having trouble remembering what Mendel accomplished, here’s a quick little primer. Mendel discovered the basic principles of heredity, and he did that by working with peas in his garden at an Augustinian monastery in Burno, in the Czech Republic.

Over the course of seven years, Mendel grew nearly 30,000 pea plants. As he grew the peas, he documented everything about them - jotting notes about their height and shape and color, and all of this work resulted in what we now know as the laws of heredity.

In fact, it was actually Mendel who came up with the genetic terms and the terminology that we still use today - like dominant and recessive genes. Mendel is a fascinating person to talk about with kids who are interested in gardening because he really was, at heart, a gardener. Mendel grew so many plants and took such pains to document everything about them; that’s a great story to share with any young gardeners that you may be working with this year.

Anyway, back to Liberty Hyde Bailey. There was an excellent book that was written in 2019 that revived Liberty’s best essays, and it was edited by two men named John: John Stepien and John Linstrom. These two men pulled together Liberty’s writings which reveal a man who was a passionate evangelist for gardening.

Indeed, Liberty loved gardening, and he wanted everyone else to love gardening, too. In fact, one of his famous quotes is that “Every family can have a garden.” This quote reminds me of the little phrase from the movie Ratatouille, “Everyone can cook.”
Now, before I share a few more of Liberty's great quotes, I just wanted to read to you what the publisher said about Liberty's work.

“Liberty Hyde Bailey built a reputation as the father of modern horticulture. And an evangelist for what he called the “garden sentiment,” the desire to raise plants from the good earth for the sheer joy of it, and for the love of the plants themselves.”

Here are a few wonderful garden quotes that Liberty wrote.

“If a person cannot love a plant after he has pruned it, then he's either done a poor job or is devoid of emotion.”

And here's one of my favorites.

"A person cannot love a plant after he has pruned it, then he has either done a poor job or is devoid of emotion."

When I read that quote, it reminded me of my relationship with Creeping Charlie. A few summers ago, it was driving me crazy, and then I found a way to change my mindset around it -  kind of like the way I ended up making peace with the rabbits in my garden.
Somehow, I managed to reframe my thinking around Creeping Charlie, and I really think it all boiled down to learning about its medicinal qualities and how it was used and valued in gardens in the 1700s and 1800s.

Now, I have one more additional quote by Liberty Hyde Bailey that I thought would be a great one to wrap up the segment on botanical history today, and it's a little verse that he wrote about spring.

Yesterday the twig was brown and bare;
Today the glint of green is there;
Tomorrow will be leaflets spare;
I know no thing so wondrous fair,
No miracle so strangely rare.
I wonder what will next be there! 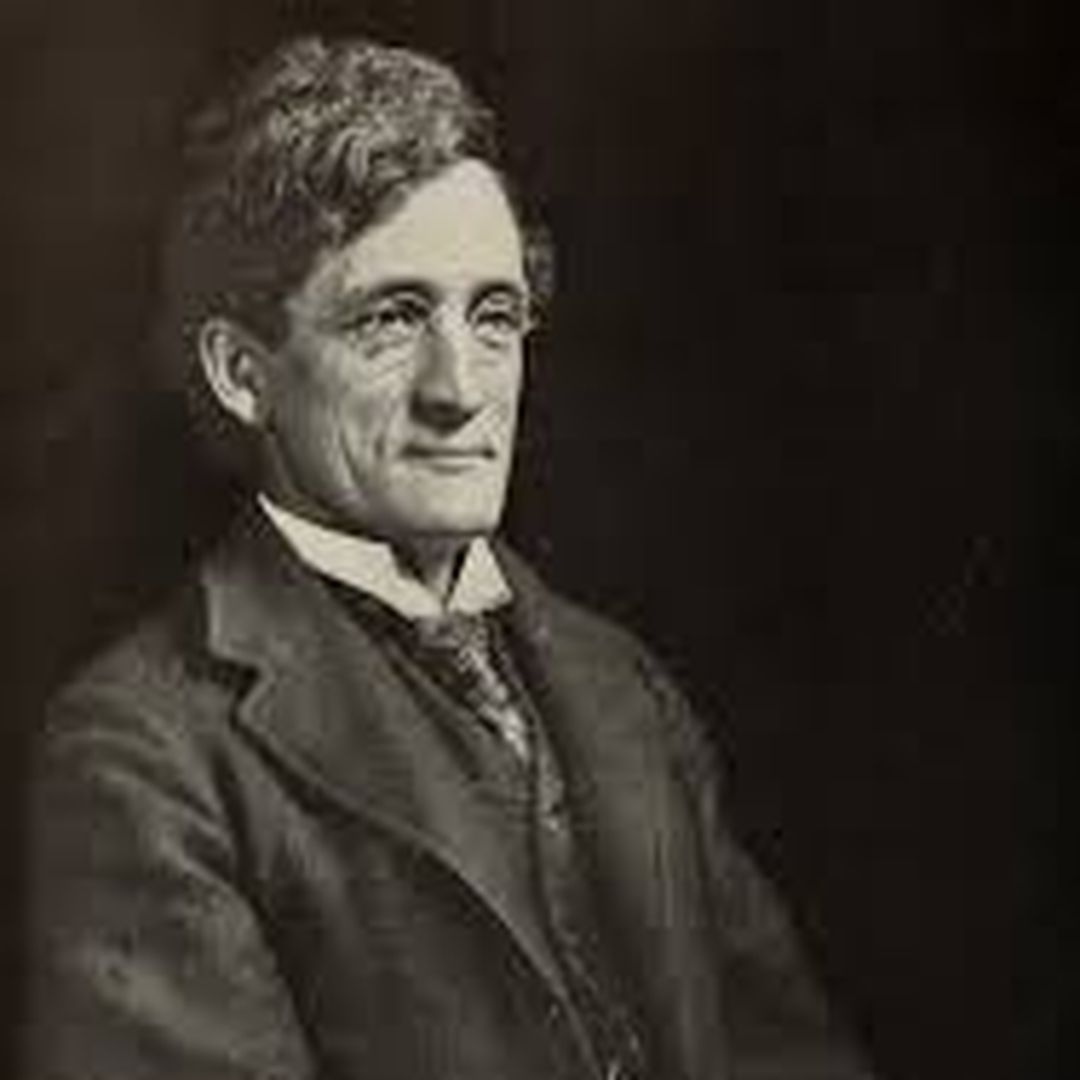