March 18, 1988
And today is the anniversary of the death of the British Gardner broadcaster and writer, Percy Thrower.

As a young boy, Percy wanted to grow up to be a head gardener - just like his father. After spending his entire childhood learning from his dad, he became a journeyman gardener at Windsor Castle at the age of 18. Along with 20 other gardeners. Percy worked at Windsor for five years, and he eventually married the daughter of the head gardener, Charles Cook.

By the time Percy and Connie Cook were married, he worked for Queen Mary as the head gardener at Sandringham. In honor of his wedding, Queen Mary gifted the couple a beautiful set of china.

During World War II, Percy became a major voice for the “Dig for Victory” campaign. Additionally, Percy put on educational seminars at the local parks, and he spent hours working as a volunteer.

Percy’s job as superintendent was very big. Percy had a staff of about 35 gardeners to manage. And while most people thought he would stay in position for only about four or five years, he actually ended up holding this post for almost thirty years.

It was during his time at Shrewsbury that he made his very first television appearance. Of course, during the episode, he featured his garden. This appearance led to a long career in television and broadcasting for Percy. In fact, the great Alan Titchmarsh credits Percy with inspiring him to pursue gardening.

Sadly toward the end of Percy's career, he was dropped by the BBC after agreeing to do some commercials for a group called Plant Protection. The move marked a milestone for Percy, and it was bittersweet. Percy later recalled that his deal with Plant Protection was the best contract he'd ever signed.

Toward the end of his life, Percy began taking people on tours of European gardens. He even established the Percy Thrower Floral Tours company. When he wasn't taking people on trips to Europe, he spent his weekends showing people English gardens. On one of these trips, Percy's health took a turn for the worse, and he was diagnosed with Hodgkin's disease. He made his final recording from the hospital a week before he died on this day, March 18th, 1988.

And I thought you'd enjoy hearing the one little story that I came across in researching Percy's life. When he was first working at Windsor Castle, he found 50 old fuchsias in the greenhouses. Seeing those established fuchsias gave him an idea, and he decided to propagate them -  taking cuttings from the first rootings, and then he began to even root side shoots. Well, the net-result was Percy had over 5,000 new fuchsias to plant around Windsor Castle. And I bet that was something to see. 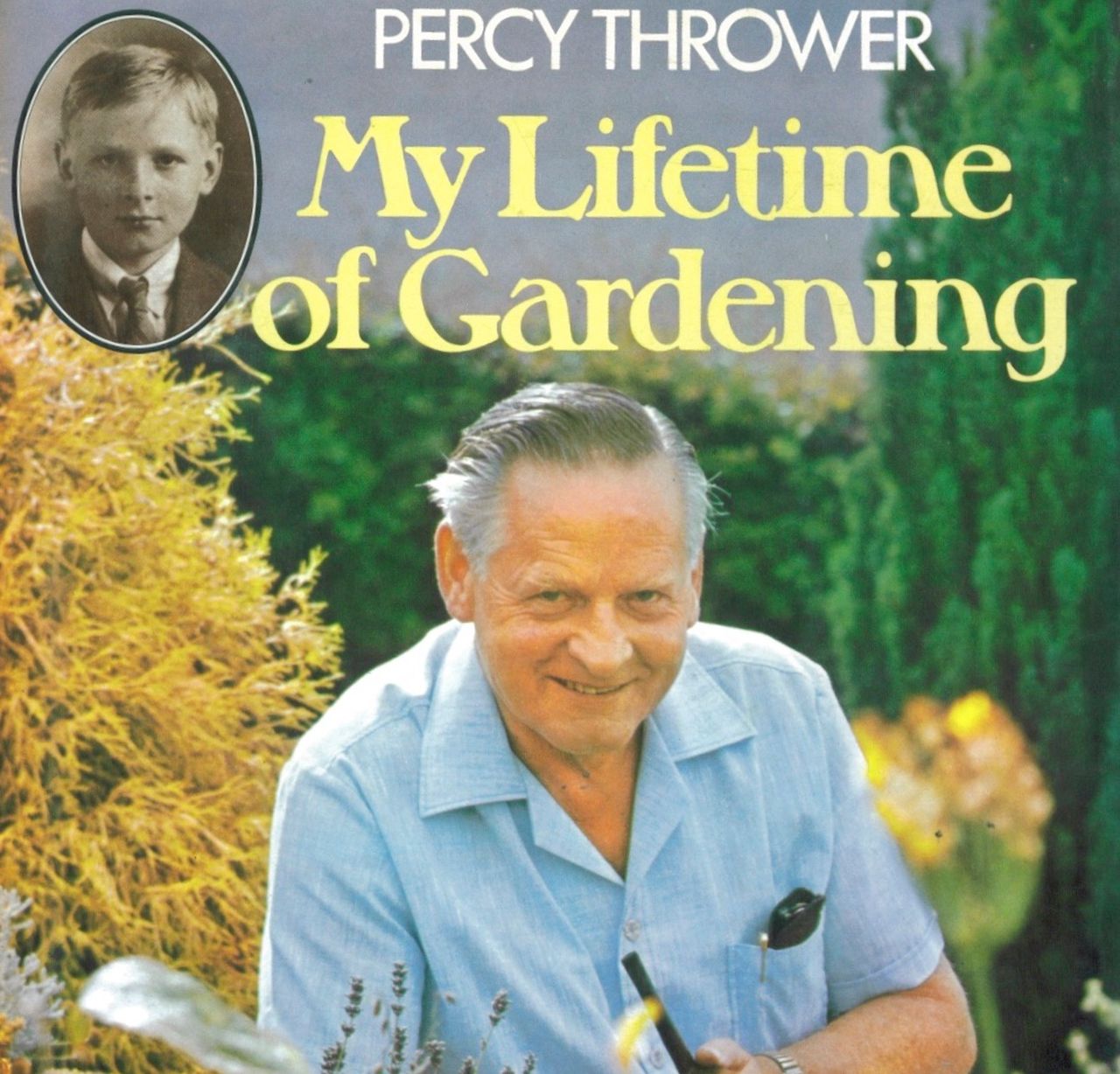