April 21, 1864
Today is the anniversary of the death of the English bookseller, printer, publisher, pharmacist, and botanist, Benjamin Maund.

Benjamin had a large garden where he enjoyed cultivating seeds from around the world. He had a special curiosity about wheat and was interested in crossing and growing different wheat cultivars. He even exhibited wheat and gave talks on it when he had time. In 1846, an English newspaper reported that Benjamin was the first botanist to attempt to improve wheat through hybridization.

On Christmas day in 1813, after his father died, Benjamin bought a bookstore and publishing house. The entrepreneurial move would set the stage for his greatest work - a monthly publication designed to be both useful and affordable called, The Botanic Garden. Despite the publication’s London imprint, Benjamin lived and worked in the small market town of Bromsgrove all of his life.

Published between 1825 and 1850, The Botanic Garden brought Benjamin notoriety and authority. Benjamin became a Fellow of the Linnean Society, and he even corresponded with other top botanists like Darwin’s mentor, John Stevens Henslow of Cambridge University.

Benjamin’s main goal was to share “hardy ornamental flowering plants, cultivated in Great Britain.” Each monthly edition of The Botanic Garden featured a colored illustration of four different flowers, along with four pages of descriptive text.
As a result, Benjamin worked with some of the best botanical artists of his time, including Augusta Withers, Priscilla Bury, and Edwin Smith. In fact, Benjamin’s own daughters, Eliza and Sarah, experimented with botanical illustration, and their work was also featured in the publication.

Today, all of the issues of The Botanic Garden, along with over 1200 pieces of original botanical art produced for publication, are preserved at the Natural History Museum in London.

Benjamin also introduced a biennial to Britain - the Spiny Plumeless Thistle or Welted Thistle (Carduus acanthoides "KARD-ew-us "ah-kan-THOY-deez"). As with most thistles, the Welted Thistle is an invasive herb that can grow one to four feet tall. It has a thick taproot that can grow to a foot long, and the purple to pink flower can appear individually or in clusters. Although it is a thistle, the Welted Thistle bloom is really quite pretty. Poignantly, sixty-four years after his death, Benjamin’s hometown memorialized him with a tablet showing his head surrounded by a wreath of Carduus acanthoides. 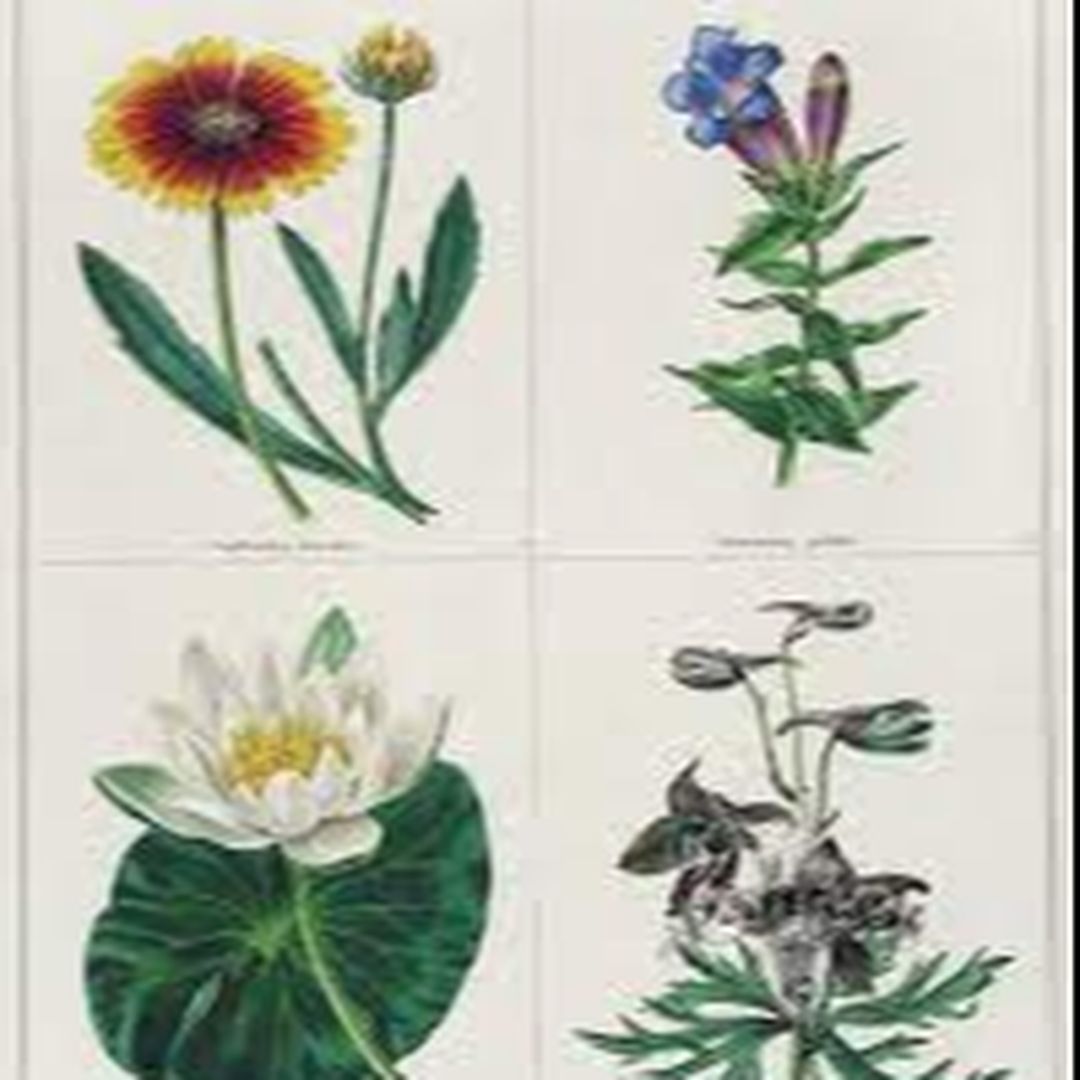