April 29, 1869
Today is the birthday of a botanist who was a petite, fearless, and indefatigable person: Agnes Chase.

Agnes was an agrostologist—a studier of grass. A self-taught botanist, her first position was as an illustrator at the USDA’s Bureau of Plant Industry in Washington, D.C. In this position, Agnes worked as an assistant to the botanist Albert Spear Hitchcock. When it came time to apply for funding for expeditions, only Albert received approval - not Agnes.  The justification was always that the job belonged to "real research men."
Undeterred, Agnes raised her own funding to go on the expeditions. She cleverly partnered with missionaries in Latin America and arranged for accommodations with host families. She shrewdly observed,

“The missionaries travel everywhere, and like botanists do it on as little money as possible. They gave me information that saved me much time and trouble.”

During a climb of one of the highest Mountains in Brazil, Agnes returned to camp with a "skirt filled with plant specimens." One of her major works, the First Book of Grasses, was translated into Spanish and Portuguese. Her book taught generations of Latin American botanists who recognized Agnes's contributions long before their American counterparts.

After Albert retired, Agnes became his backfill. When Agnes reached retirement age, she ignored the rite of passage altogether and refused to be put out to pasture. She kept going to work - six days a week - overseeing the largest collection of grasses in the world from her office under the red towers at her beloved Smithsonian Institution. When Agnes was 89, she became the eighth person to become an honorary fellow of the Smithsonian. A reporter covering the event said,

“Dr. Chase looked impatient, as if she were muttering to her self, "This may be well and good, but it isn't getting any grass classified, sonny."

While I was researching Agnes Chase, I came across this little article in The St. Louis Star and Times.
Agnes gave one of her books on grass a biblical title, The Meek That Inherit the Earth.
The article pointed out that,

"Mrs. Chase began her study of grass by reading about it in the Bible.
In the very first chapter of Genesis, ...the first living thing the Creator made was grass.
...In order to understand grass one needs an outlook as broad as all creation, for grass is fundamental to life, from Abraham, the herdsman, to the Western cattleman; from drought in Egypt to the dust bowl of Colorado; from corn, a grass given to Hiawatha..., to the tall corn of Iowa.”
[Agnes] said,
"Grass is what holds the earth together. Grass made it possible for the human race to abandon his cave life and follow herds. Civilization was based on grass, everywhere in the world." 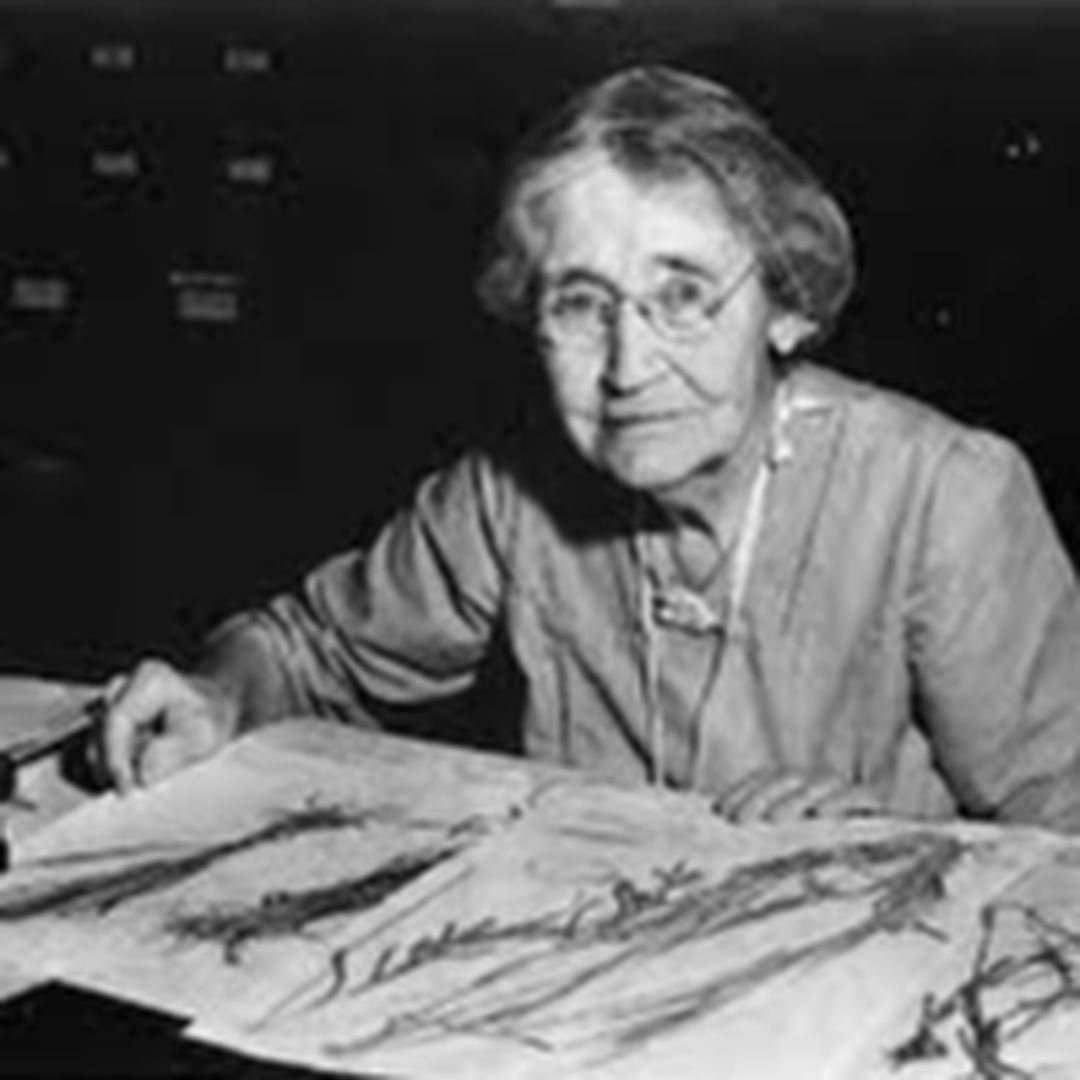