November 17, 1855
Today is the birthday of the botanical painter, plantsman, and iris enthusiast William James Caparne (“Cap-arn”).
A close friend of the English daffodil grower Peter Barr, William made his way to Guernsey at midlife to become a full-time landscape and flower painter. When he wasn’t painting, William was busy plant breeding in his nursery. His favorite flower was Iris.
Before Guernsey, William and Louisa lived with their two children in Northamptonshire. After Louisa died at age 46, William left his children with his in-laws and made his way to Guernsey's quiet and tranquil island.
Guernsey was a balm to William Caparne. The soil and climate were perfect for growing bulbs like daffodils and iris. And his friend and fellow iris breeder, Sir Michael Foster, wrote a letter to William with some free advice about breeding. He advised, "In hybridizing, be bold.” Once William got established on Guernsey, he added an “e” to the end of his last name, and his daughter Winifred came to live with him.
As his confidence grew, William went on painting expeditions, where he painted gardens all across Europe. In 1905, William found himself in the company of Monet at Giverny. Together William and Monet shared a love of flowers and painting - although they each had a slightly different chicken or the egg philosophy. Monet explained,

“I became an artist because of flowers.”

“There could never be art without flowers.”

By the time William died in 1940, he was impoverished and almost blind. Still, William had introduced over two hundred new irises through his breeding efforts at his nursery. And William left his remarkable art collection of nearly 8,000 pieces of botanical mastery to Winifred.
In 2005, Guernsey commemorated William Caperne with a stamp series featuring his beautiful floral paintings.
Today the Caperne-Welch Medal is given to honor a Caperne specialty: new miniature dwarf bearded irises. 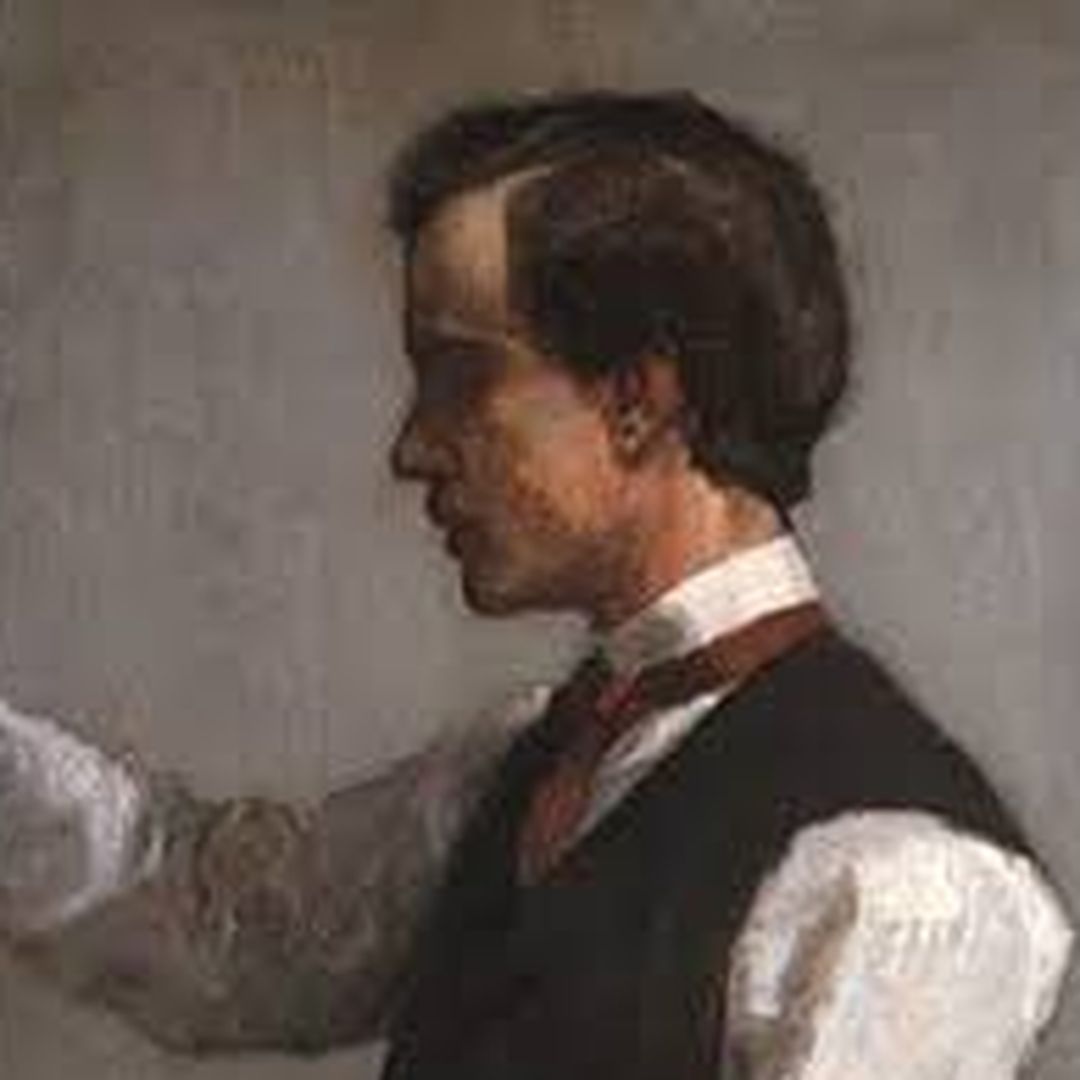