December 7, 1893
On this day, the Phipps Conservatory first opened to the public.
A gift from Henry Phipps, Jr. to the City of Pittsburgh, Henry was a childhood friend and business partner of Andrew Carnegie. And gardeners who know their garden history probably already know that the Crystal Palace by Joseph Paxton inspired the 14-room glasshouse at the Phipps Conservatory.
In 1893, as the Chicago World’s Fair ended, the plant material was fortuitously available to the highest bidder, and over 8,000 plants ended up on 15 train cars headed east to the Phipps. And that’s how the Phipp’s Conservatory ended up benefiting from impeccable timing; stocking their brand new space with incredible plants for a botanical bargain on a scale never seen before or since.
In 2018, the Phipps Conservatory and botanical gardens celebrated their 125th Anniversary. Today the Phipps encompasses fifteen acres and includes 23 distinct gardens. 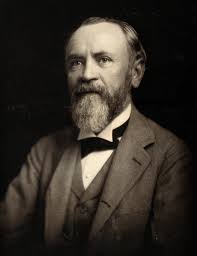