December 16, 1982
On this day, the News-Press out of Fort Myers, Florida, shared a story called "Botanist Determines if the Gardener did it" by Walter Putnam.
Here’s an excerpt:

“When police investigators are stumped by a thorny problem, they sometimes call in University of Florida scientist David Hall to help them nip a case in the bud.
If the gardener did it, Hall is the one to help prove it.
He could be considered a "Quincy" of the plant world. Unlike the television hero and real-life medical examiners who collect criminal evidence through autopsies, Hall gathers his from stems and twigs.

David said,
"I first got into forensic botany when Dr. Dan Ward and I were asked to help on a South Florida murder case.
A guy was suspected of strangling a woman. He told police that she invited him in...
But they found bits of bark on the windowsill and in his pants cuffs. We matched that bark to bark on the tree outside her window. He'd climbed in the window and attacked her.”
Hall's specialty is plant taxonomy or identifying plants.
"When you deal with names of plants, you have to know a whole lot about other things about them: the ecology, their physiology, the morphology (shapes of plants)."
Hall recalled one suit in which the family of a train accident victim claimed the crossing sign had been down long before the collision.
The railroad maintained the victim's car had knocked it over. A type of fungus growing on the signpost proved it had been on the ground long before the accident.
Hall said,
"I've never been called to testify, not in a single [case]. They've all been settled out of court.” 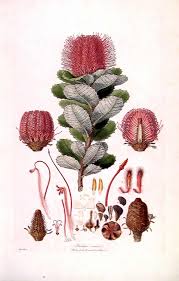