One of America's Greatest Garden Writers

Today is the anniversary of the death of one of America's greatest Garden writers and one of the 20th century's most famous horticulturists, Louise Beebe Wilder.
Louise was born into a wealthy family in Baltimore. After marrying an architect named Walter Wilder, they bought a country place - a 200-acre estate in Pomona, New York; they called BalderBrae. Louise set about adding fountains, terraces, arbors, walled gardens, and pathways. Her book called "My Garden" shared Louise's experiences learning how to garden at BalderBrae, where one of her first flower beds was bordered with clothespins.
At BalderBrae, Louise and Walter created a garden and a stone garden house that was made famous in Louise's book "Color in My Garden" - which came out in 1918 and is generally regarded as her best work.
In the book, Louise was the first garden writer to write about gray as a garden color. Louise was also the first person to write about Moonlight Gardens, and she wrote about looking at plants under the light of the Moon.
After World War I, Walter and Louise settled in suburban Bronxville, New York. Louise created a personal Eden on a single acre of land complete with stone pillars and a long grape arbor. It was here that Louise began rock gardening. After 1920, most of her garden writing focused on rock gardening. Louise inspired both women and men to rock garden.
By 1925, Louise founded a local Working Gardeners Club in Bronxville, and she also had steady work as a garden designer and as a garden writer. Her experiences gave her material for her writing. Louise included so many people from Bronxville in her writing that her columns were referred to by locals as "a Bronxville Family Affair."
In all, Louise wrote eleven books about gardening. Her voice is pragmatic and pointed, which is why they were popular; gardeners appreciated her no-nonsense advice.
For instance, Louise was not a fan of double flowers. In her book, "The Fragrant Path" from 1932, she wrote:

"Some flowers are, I am sure, intended by a wise God to remain single. The hyacinth doubled, for instance, is a fat abomination."

Louise wrote for a number of publications, and her writing was published in many prominent periodicals like the Journal of The Royal Horticultural Society of England and the New York Times. House and garden alone published close to a hundred and fifty articles by Louise. Many of Louise's columns were collected and published as books.
A year before she died, Louise was honored with the Gold Medal for Horticultural Achievement from the Garden Club of America. It was the pinnacle moment in her career, and it came as Louise and her children were still grieving the loss of her husband. In the Spring of 1934, Walter had committed suicide after a long battle with mental illness.
Louise wrote prolifically about gardening and plants. Her experiences resulted in increasing the awareness of different plant species, gardening practices, and she helped shape the gardens of her time. Louise gave us many wonderful garden quotes.

On Snowdrops:
"Theirs is a fragile but hardy celebration…in the very teeth of winter."
On Rosemary,
"It makes a charming pot plant, neat, svelte, with its dark, felt-lined leaves held sleek against its sides. The smell… is keen and heady, resinous, yet sweet, with a hint of nutmeg."
On Roses:
"Over and over again, I have experienced the quieting influence of rose scent upon a disturbed state of mind."
On gardening:
"In the garden, every person may be their own artist without apology or explanation. Each within their green enclosure is a creator, and no two shall reach the same conclusion."

Louise is buried with her parents in lot 41 in Lakeside Cemetery in Wakefield, Massachusetts. It was a shock to read that her grave is unmarked and to see that it is completely unadorned - without any flowers - nor does it rest under the shade of a tree. 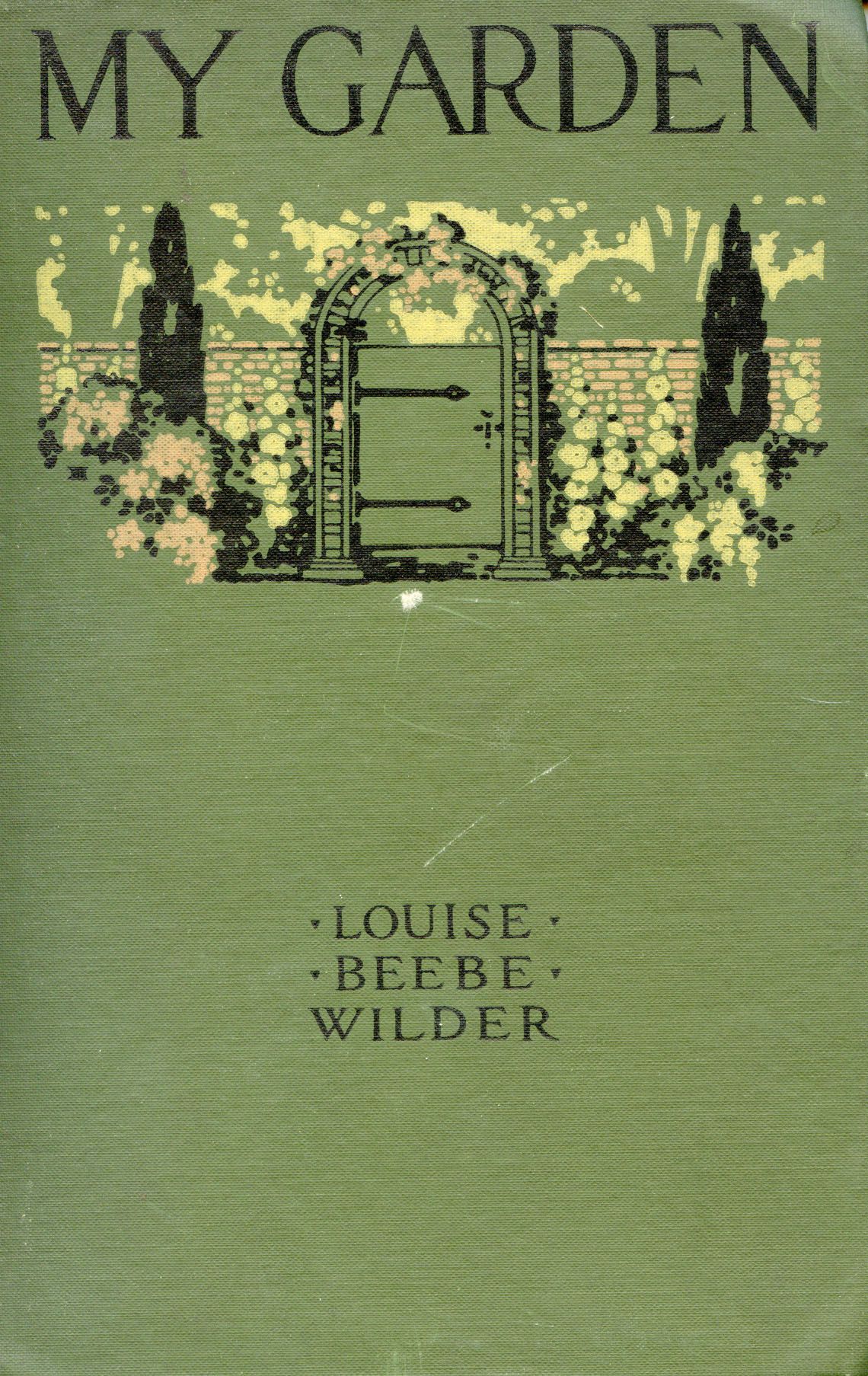 My Garden by Louise Beebe Wilder