Camperdown Elms have a fascinating history that dates back to 1840. That year, on the estate of the First Earl of Camperdown, the estate forester and Landscaper named David Taylor noticed a contorted young elm tree growing parallel to the ground.
Now, what Taylor was looking at was essentially a weeping mutation of the Scotch Elm. Like other weepers, the tree lacked the gene for negative geotropism, so the tree couldn't distinguish which way was up. Taylor dug up the young elm and brought it to the gardens of Camperdown House.

And eventually, Taylor grafted cuttings of the weeping elm to Wych Elms, and the result was a tree that became known as a Camperdown Elm - a weeping cultivar of the Scotch Elm.

In 1872, the New York florist Adolphus Goby Burgess gifted a Camperdown Elm to the Brooklyn Parks Commission. After receiving the tree from Burgess, it was Frederick Law Olmsted, who decided on the location for it. Seeing that graft was relatively low on the rootstock, Olmsted wisely planted the tree on a small hill near the boathouse at Prospect Parkallowing plenty of room for the weeping branches.

By the time the Pulitzer-Winning Poet Marianne Moore fell in love with the Camperdown Elm at Prospect Park, it was in sad shape. Some of the limbs were hollow thanks to rats and carpenter ants. The weak areas of the tree made it vulnerable, and it began to succumb to a bacterial infection as well as general rot.

Marianne used her fame and her wit to save the Camperdown Elm. She wrote a poem about the tree which was published in The New Yorker in September 1967. The public read her poem, and the Bartlett Tree Company saved the tree. It still stands today.
Now before I read the poem, I'll offer a few definitions.

I think, in connection with this weeping elm,
of "Kindred Spirits" at the edge of a rock ledge
overlooking a stream:
Thanatopsis-invoking tree-loving Bryant
conversing with Thomas Cole
in Asher Durand's painting of them
under the filigree of an elm overhead.

No doubt they had seen other trees — lindens,
maples and sycamores, oaks and the Paris
street-tree, the horse-chestnut; but imagine
their rapture, had they come on the Camperdown Elm's
massiveness and "the intricate pattern of its branches,"
arching high, curving low, in its mist of fine twigs.
The Bartlett tree-cavity specialist saw it
and thrust his arm the whole length of the hollowness
of its torso, and there were six small cavities also.
Props are needed and tree-food. It is still leafing;
Still there. Mortal though. We must save it. It is
our crowning curio. 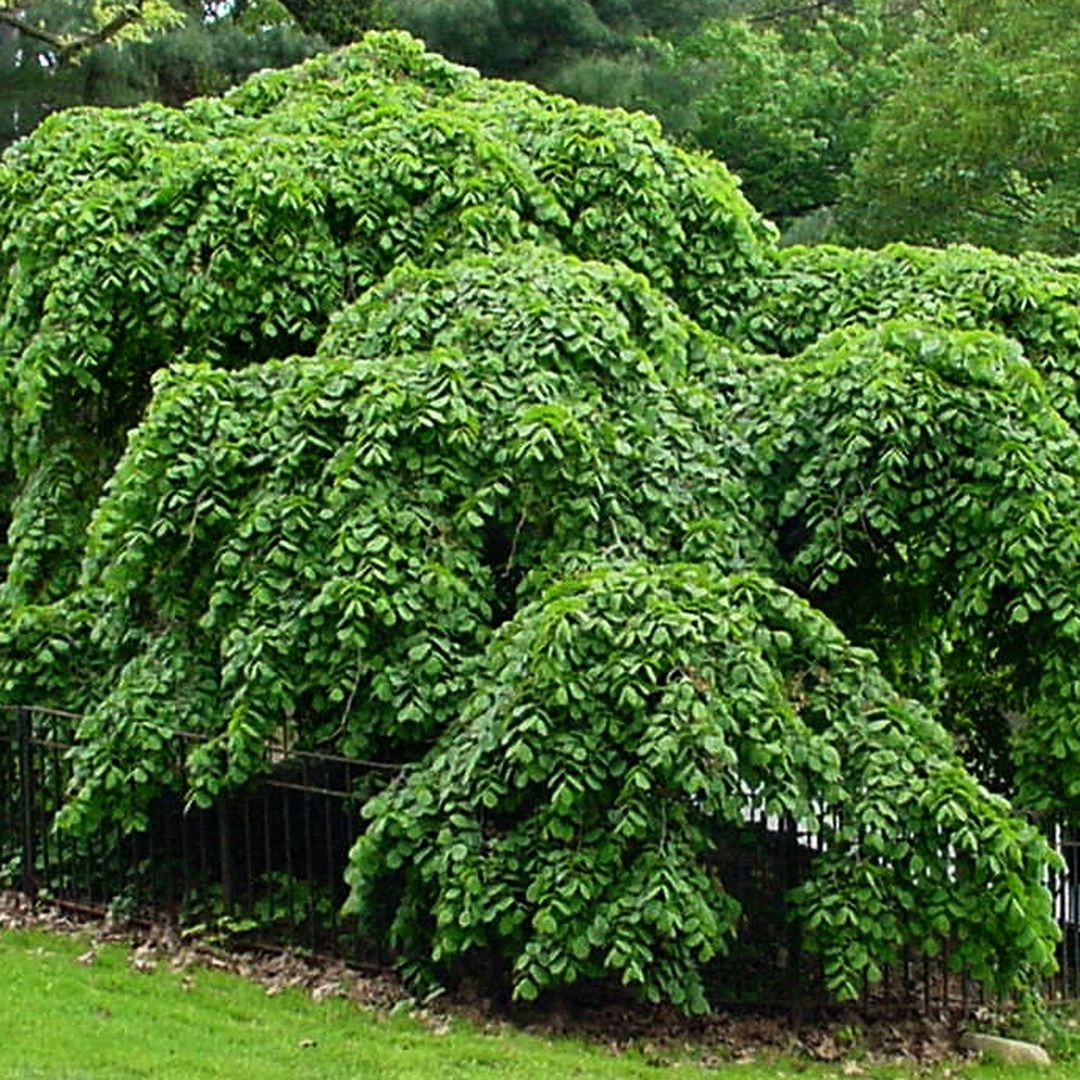