Today is the 8th anniversary of the death of the botanist Bernard Verdcourt or who died on this day in 2011.

For over 60 years, Bernard Verdcourt was known as "BV" to his colleagues at Kew. Verdcourt specialized in East African flora, and he had an unrivaled knowledge of around 4,000 species. He was also an expert on snails and slugs. (Kind of a unique combination of interests).
Verdcourt's passion for snails was a hobby he happily cultivated. Somehow he found time to publish work on mollusks in addition to the 1,000 articles he wrote about botany. He wrote all of his 1220 papers and books by hand. Rumor has it that the Kew typing pool felt BV had the second most terrible handwriting at Kew.
BV didn't shy away from controversy. He enjoyed bringing adversaries together to watch them work through their issues. He couldn't abide fools or sports. He could be cantankerous, but he was also kind and helpful to young botanists. 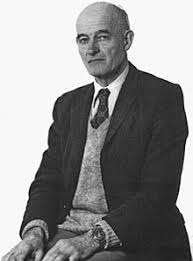