In much of North America, skunk cabbage has earned the widespread reputation as the first flower of spring. It might be more accurate, however, to call it the first flower of winter. “The skunk cabbage may be found with its round green spear-point an inch or two above the mold in December,” reported naturalist John Burroughs. “It is ready to welcome and make the most of the first fitful March warmth.”

Henry David Thoreau observed that new buds begin pushing upward almost as soon as the leaves wither and die in the fall. In fact, he counseled those afflicted with the melancholy of late autumn to go to the swamps “and see the brave spears of skunk cabbage buds already advanced toward the new year.”

People living in colder parts of North America have long watched for skunk cabbage as a sign of spring. The tip of the plant’s spathe or sheath begins to push through the still-frosty earth and to stand tall when the first faint breaths of warmer air begin blowing. This process can occur in January with an unusually long January thaw—a “goose haw,” as some New Englanders call it—or it can happen as late as March.
— Jack Sanders, Hedgemaids and Fairy Candles, The First Flower of Winter 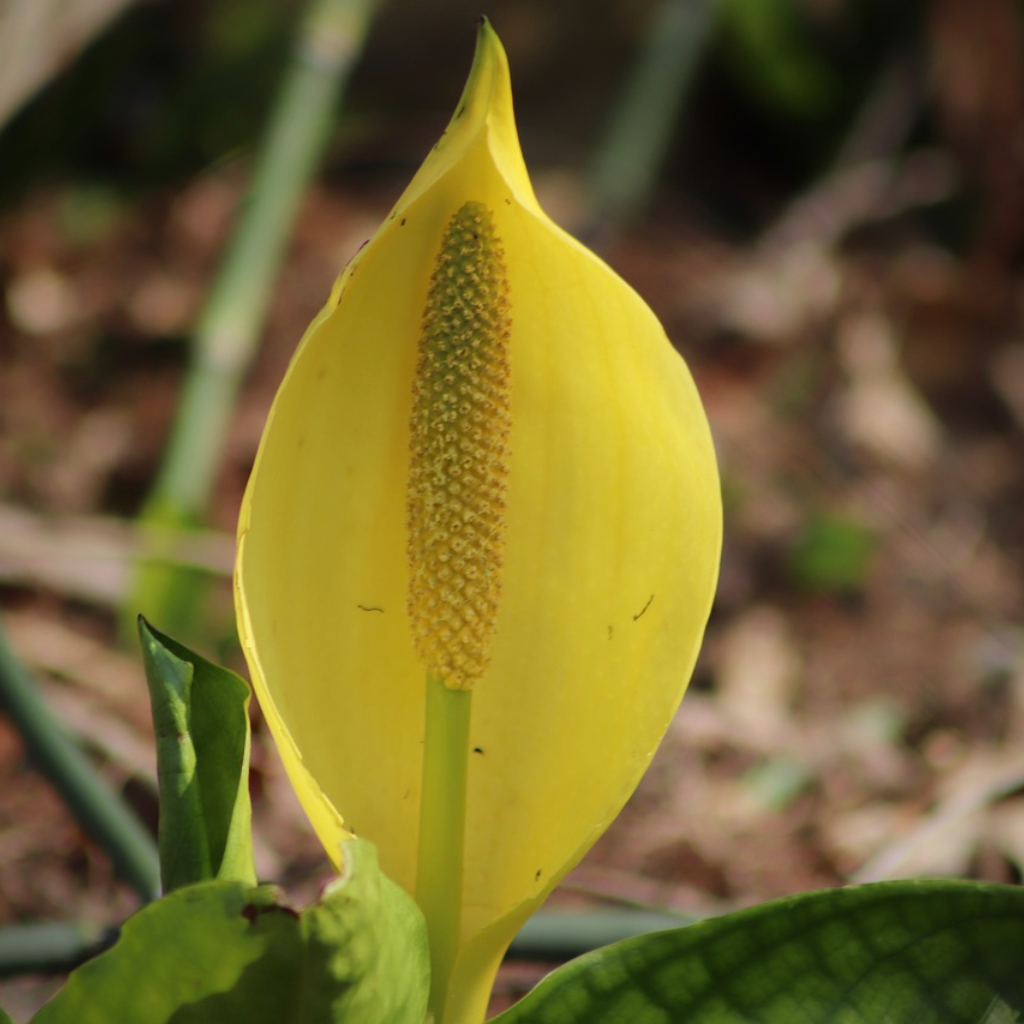 Gardens in Winter by Elizabeth Lawrence

The Dandelion in Connecticut