The First Burial at Arlington Cemetery

May 13, 1864
Today Private William Christman becomes the first person to be buried at Arlington Cemetery.

Arlington National Cemetery didn’t start out as a cemetery. It was actually a property that belonged to the Custis family - the family of George Washington Parke Custis, the adopted son of the first president of the United States. His biological mother was Martha Washington.

Today, many people are unaware of the ties between the Custis family and the Lee family. It turns out that George’s daughter, Mary, married Robert E. Lee. When George died, Robert inherited Arlington House - a place Mary loved dearly. As many visitors to Washington D.C. can attest, Arlington house was situated on a grand hill and overlooked 1,100 acres of land.

When the Civil War started, Robert and Mary Lee abandoned the property. Since the Lees didn’t dare return to the city to pay taxes on the property for fear of being arrested, they sacrificed Arlington House to the North. Union soldiers immediately took occupancy and set up an advantageous position on the hill.

The burial of William Christman on a remote corner of the property on this day in 1864 marked the beginning of a new chapter for Arlington - it was becoming a graveyard for fallen Union soldiers. Soon the higher ranking soldiers and officers were being buried closer to the Mansion - around what was left of the Lee Family garden - where Mary had tended roses, honeysuckle, and jasmine.
Today, there are over 400,000 graves at Arlington. 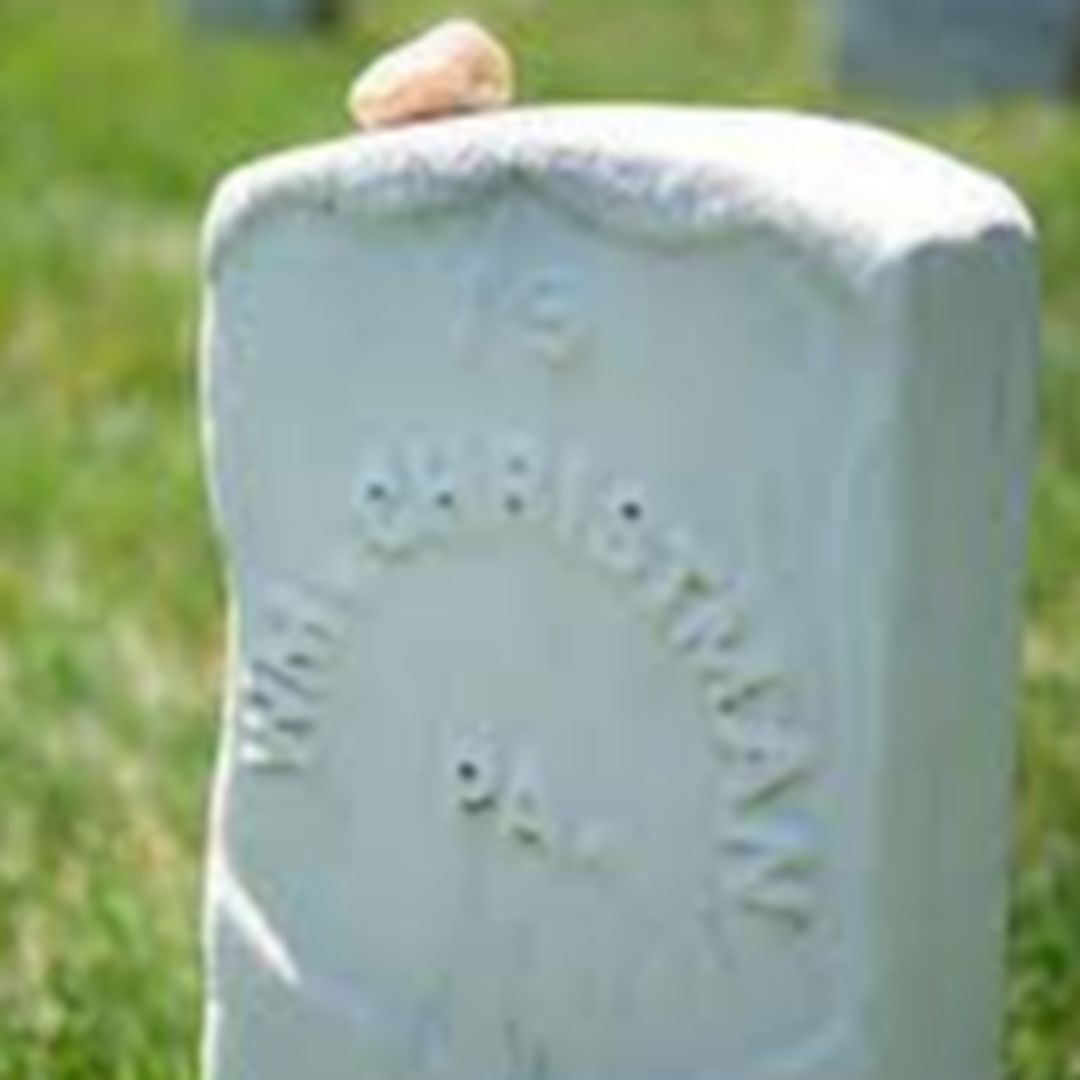