The Polymath and Pragmatist

May 6, 1859
Today is the anniversary of the death of the naturalist and botanist Alexander Von Humboldt. He was 89 years old.

When it came to his expeditions, Alexander didn't travel alone. In 1799, Alexander was accompanied by the French botanist Aimé Bonplant.

In 1806, Friedrich Georg Weitsch painted his portrait; two years after he returned from his five-year research trip through Central and South America.

Friedrich painted a romantic, idealized vista of Ecuador as the setting for Alexander's painting.

Alexander had climbed the Chimborazo Mountain in Ecuador, believed at the time to be the highest mountain in the world, so perhaps Friedrich imaged Alexander viewing the landscape from Chimborazo. Surrounded by a jungle paradise, a large palm shades Alexander's resting spot. In the painting, a very handsome Alexander is seated on a large boulder; his top hat is resting upside down on the boulder behind him.

Friedrich shows the 37-year-old Alexander wearing a puffy shirt that would make Seinfeld jealous, a pinkish-orange vest, and tan breeches. In Alexander’s lap, he holds open the large leather-bound Flora he is working on, and in his right hand, he has a specimen of "Rhexia speciosa" (aka Meriania speciosa). A large barometer leans against the boulder in the lower-left corner of the painting. It symbolized Alexander’s principle of measuring environmental data while collecting and describing plants.
King Ferdinand was so pleased with the portrait that he hung it in the Berlin Palace. In fact, he ordered two more paintings to be made featuring Alexander's time in the Americas.

Alexander was a polymath; he made contributions across many of the sciences. He made a safety lamp for miners. He discovered the Peru Current (aka the Humboldt Current. He believed South America and Africa had been joined together geographically at one time. He named the "torrid zone,"; the area of the earth near the equator. Alexander spent a great deal of time near the equator. He learned that torrid means hot, blistering, scorching. He went to Russia, and it was there that he predicted the location of the first Russian diamond deposits.

Alexander was also a pragmatist. It was the Great Alexandre Von Humboldt who said:

Alexander developed his own theory for the web of life. Humboldt wrote:

"The aims I strive for are an understanding of nature as a whole, proof of the working together of all the species of nature." 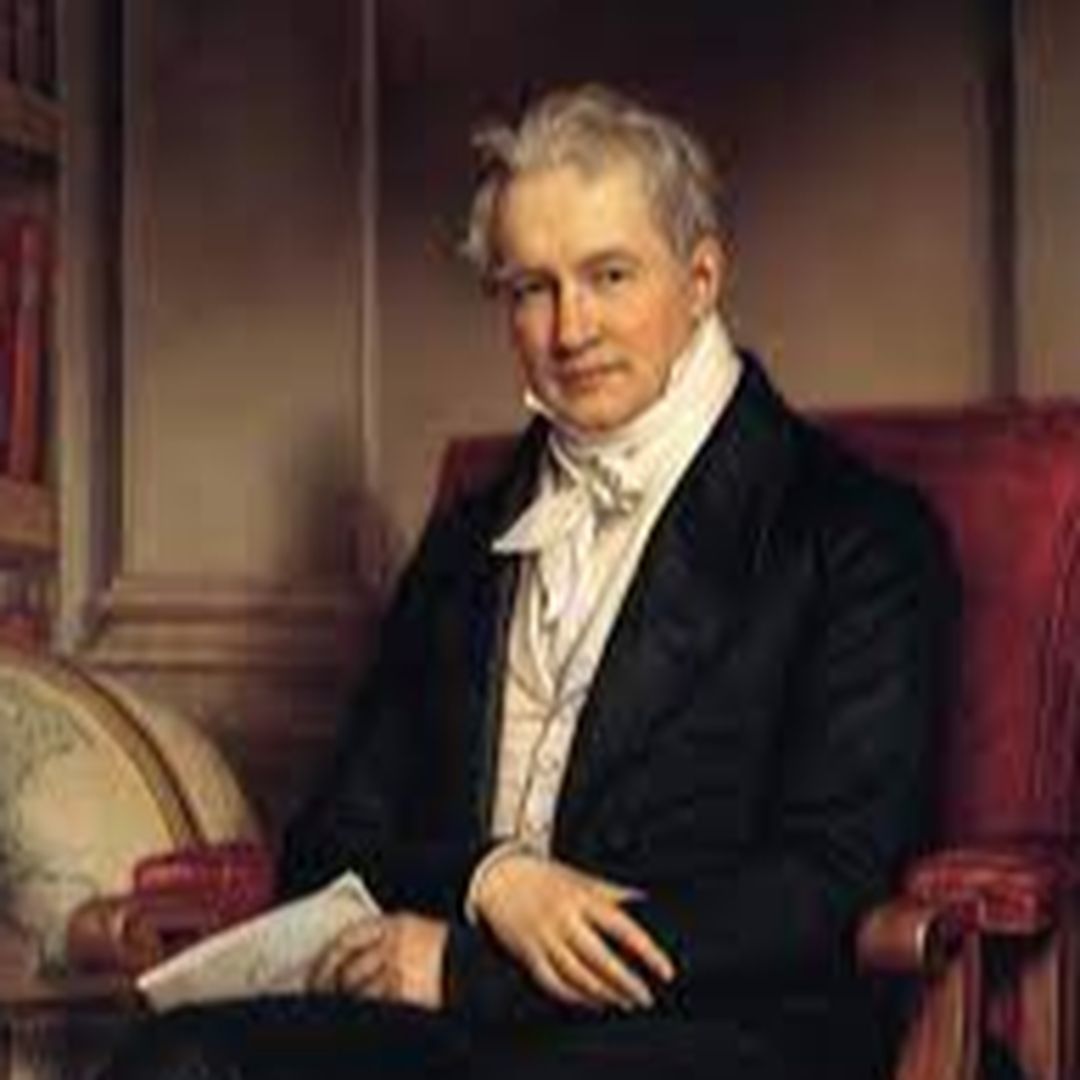