1930 Today is the anniversary of the death of Sir Arthur Conan Doyle.
The Spring before he died, Doyle was bedridden. However, one morning, unattended, he got up and managed to go out to his garden.
Doyle much enjoyed being in his garden. He did most of his writing in the garden.

He once remarked,
"What a lovely thing a rose is!"

But that spring morning in 1930, his family found him lying on the ground with one hand clutching his heart and the other... holding a single white snowdrop. He languished until July 7, 1930, when he passed away with his family at his bedside.
His last words were to his wife. He whispered,
"You are wonderful."

After his death, newspaper accounts shared that, on a beautiful summer day, he was buried in the garden. The garden had been Doyle's special retreat, and the place he was buried is right next to his garden hut. After it was built, the hut was the place Doyle went to write his stories about one of the world's best-loved detectives: Sherlock Holmes.

Now, history tells us that over 200 people attended Doyle's funeral.  And, on that day, so many wreaths were sent from all over the world that they were spread over the large paddock west of the home and that they covered over an acre of land with blooms.
Accounts of the funeral say that when Conan Doyle's coffin was placed in the grave, "Lady Doyle kissed a rose and threw it in."
Lady Jean Conan Doyle continued to live at Windlesham for another decade until her death on June 27, 1940.
She was buried next to her husband in the garden. 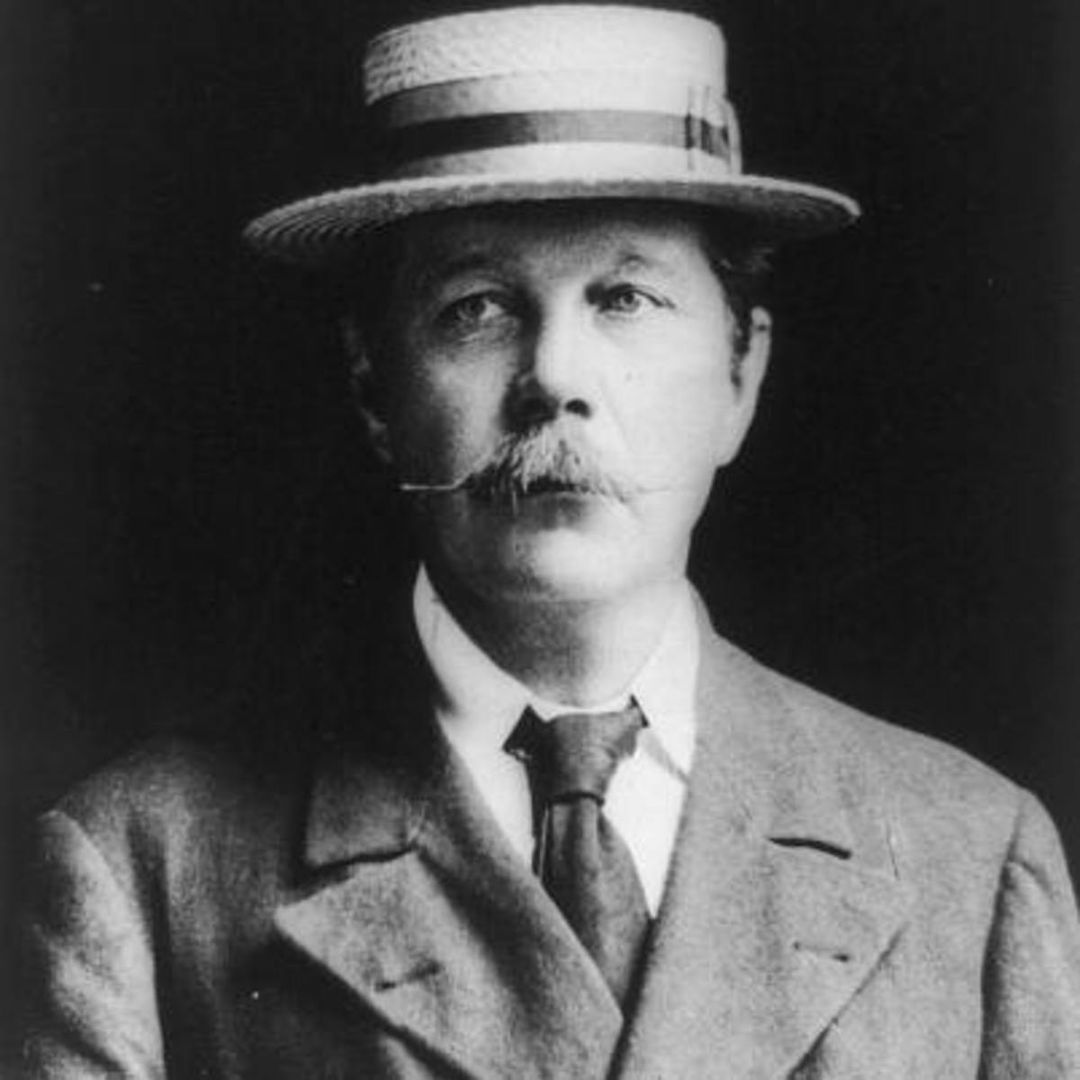