"known more widely as a gardener... than as a poet."

Emily grew up gardening. She would help her mother with their large edible and ornamental garden.
The flower garden became Emily’s responsibility when she got older. She planted in a carefree cottage garden style.
After Emily died, her sister Lavinia took over the garden. Emily's niece and editor, Martha Dickinson Bianchi, recalls:

"All [Lavinia’s] flowers did as they liked: tyrannized over her, hopped out of their own beds and into each other’s beds, were never reproved or removed as long as they bloomed; for a live flower to Aunt Lavinia was more than any dead horticultural principle." 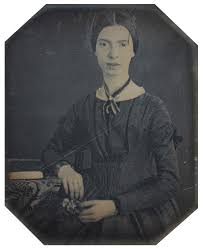