John of the Mountains

April 21, 1838
Today is the birthday of the Scottish-American naturalist, conservationist, and author John Muir.

Muir was known by many names: "John of the Mountains,” “Father of Yosemite,” and "Father of the National Parks.” In particular, John’s work to preserve Yosemite resulted in a famous picture of Muir posing with President Teddy Roosevelt on Overhanging Rock at the top of Glacier Point in Yosemite in 1903.

And, when I was researching Charles Sprague Sargent (the first director of Harvard University's Arnold Arboretum in Boston), I stumbled on a fun little story about John and Charles that was featured in a 1915 article.  It’s a favorite of mine because it highlights the personality differences between the extroverted John Muir and the very serious Charles Sargent.

It turns out that the two men had gone on a trip one fall to hike the mountains in North Carolina. John wrote,

"The autumn frosts were just beginning, and the mountains and higher hilltops were gorgeous.
We climbed slope after slope through the trees till we came out on the bare top of Grandfather Mountain.
There it all lay in the sun below us, ridge beyond ridge, each with its typical tree-covering and color, all blended with the darker shades of the pines and the green of the deep valleys. . . .
I couldn't hold in and began to jump about and sing and glory in it all.
Then I happened to look round and catch sight of [Charles Sargent] standing there as cool as a rock, with a half-amused look on his face at me but never saying a word.
"Why don't you let yourself out at a sight like that?" I said.
"I don't wear my heart upon my sleeve," he retorted.
"Who cares where you wear your little heart, man?" I cried. "There you stand in the face of all Heaven come down on earth, like a critic of the universe, as if to say, Come, Nature, bring on the best you have: I'm from BOSTON!"

It was John Muir who said these wonderful quotes:

The mountains are calling, and I must go.
In every walk with nature, one receives far more than he seeks.
Everybody needs beauty as well as bread, places to play in and pray in, where nature may heal and give strength to body and soul.
Between every two pines is a doorway to a new world. 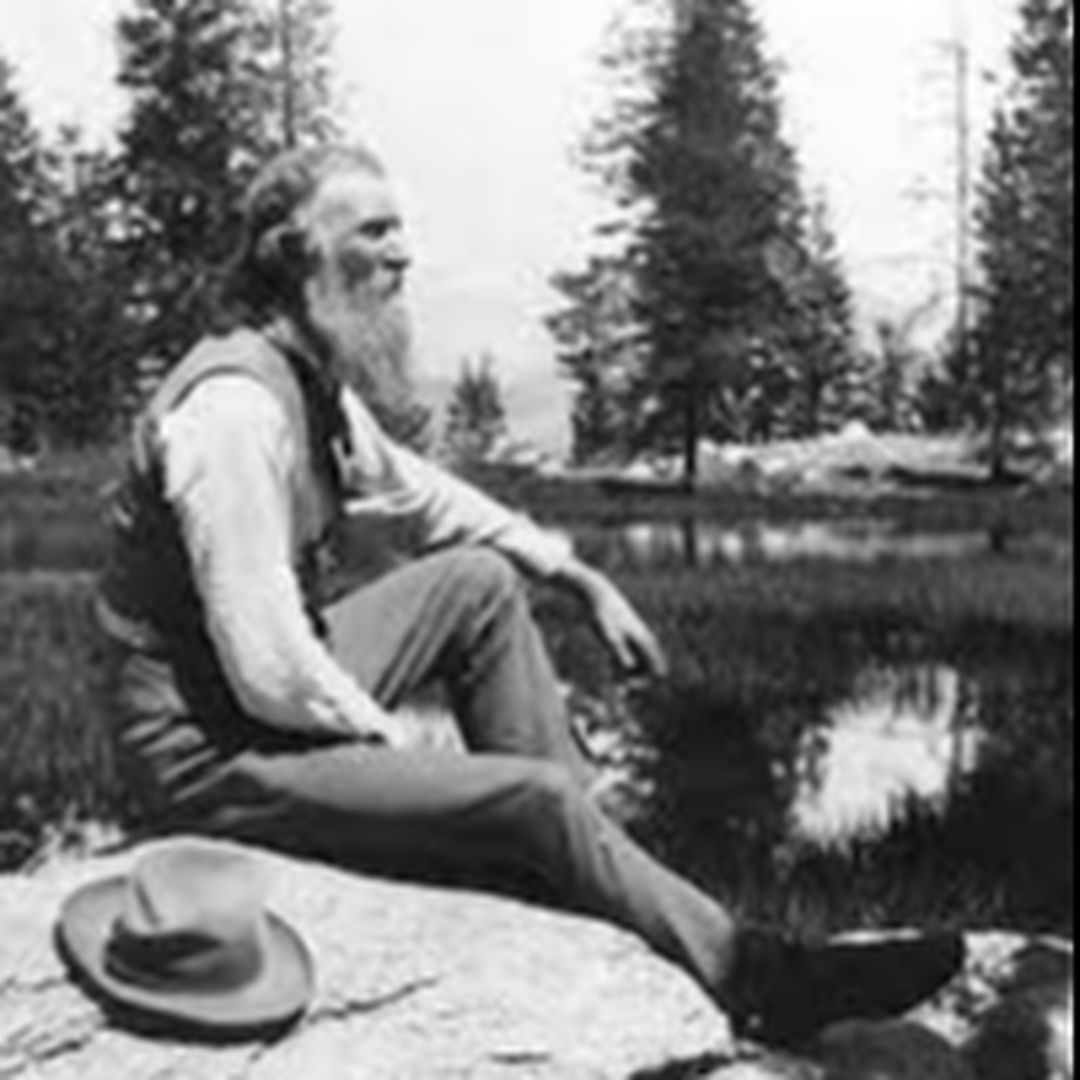