Founder of the Linnean Society

December 2, 1759
Today is the birthday of the English botanist and founder of the Linnean Society, James Edward Smith.
In 1784, with encouragement from Joseph Banks, James shrewdly purchased Carl Linnaeus’s entire private collection and works.
Like me, if you have ever wondered why Linnaeus’ private materials didn’t stay in Sweden and ended up in England, the answer is because of James Edward Smith.
After Carl’s death, James acted quickly and made an offer too good to refuse to Linnaeus’ widow. By the time the King of Sweden learned of the purchase, he was too late. And although the King sent his agents to intercept the ship carrying Carl’s personal repository before it reached London, he was too late.
Once the collection was securely in his possession, James founded the Linnean Society, and he also served as the first President.
The Linnean Society is the oldest biological society in the world. During the 18th and 19th centuries, the Society was an essential hub for scientific progress.
And here’s a little-remembered fact about James Edward Smith: he was the private botany tutor to England’s Queen Charlotte and her four daughters. 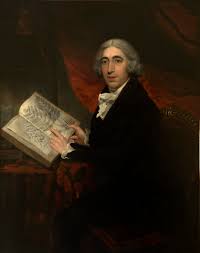