Today is the birthday of the American model Lorraine Collett who was born on this day in 1892 in Kansas City, Missouri.

At the age of 23, Lorraine was working as a Sun-Maid Raisin girl and wore a blue bonnet with a white blouse and blue piping. Lorraine and the other Sun-Maid girls handed out raisins. In a spectacular marketing stunt, Lorraine even hopped aboard a small plane every day of the festival and tossed raisins into the crowds of people.
One Sunday morning, after her mom had set her hair into eight long black curls, Lorraine was outside drying her hair in the warmth of her sunny backyard in Fresno. That afternoon, Lorraine had swapped out her blue bonnet for her mother’s red one.

The combination of her silky black curls and the red bonnet in the sunshine apparently made an arresting sight. Coincidentally, a group of raisin coop executives and their wives walked by at that very moment, and they asked Lorraine about the red bonnet.
After that day, all the Sun-Maids wore red bonnets, and Lorraine agreed to pose for a watercolor painting.  Lorraine and her mom had to rent an apartment in San Fransico for a month in order to work with the artist Fanny Scafford. Lorraine posed every day - all month long - for three hours a day. She held a wooden tray overflowing with grapes while wearing the red bonnet. The portrait ended up as the symbol for the company, and it was included on every box of raisins. One newspaper article about the story in 1978 had the headline “Hair A-glinting in the Sun Made Girl an Emblem.”

After the executive passed away, the painting ended up in Lorraine’s possession. But after many years, Lorraine returned the watercolor to the company. Today, the portrait hangs in a conference room at the Sun-Maid Growers plant. And the faded red bonnet? That was donated to the Smithsonian on the company’s 75th Anniversary. 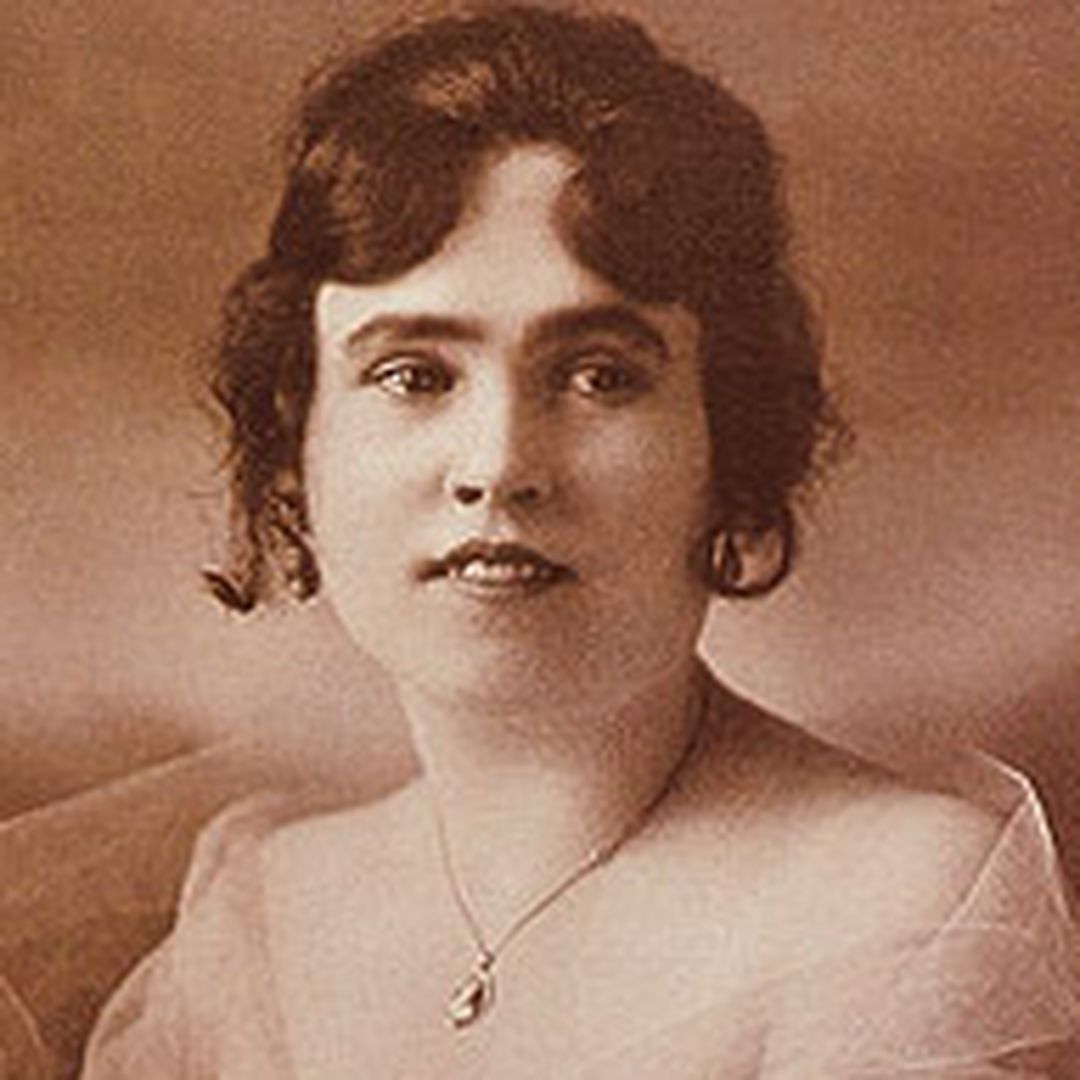