January’s birth flowers are the carnation and snowdrop. Let’s take a moment to celebrate both.
Carnations

Carnations are some of the world's oldest flowers. They have been cultivated for over 2000 years. The Greeks and Romans used them and garlands
Carnations are part of the Dianthus family. Their Latin name is Dianthus caryophyllus. The etymology of the word Dianthus is from two Greek words. Dios means Divine, and Anthos means Flower. And, the translation of dianthus means "Flower of the Gods."
Carnations have different meanings based on their color. White carnations symbolize good luck and pure love. Pink carnations represent admiration, and a dark red carnation represents affection and love.
Snowdrops

January’s other birth flower is the Snowdrop (Galanthus).
Snowdrops were named by Carl Linnaeus, who gave them the Latin name Galanthus nivalis, which means "milk flower of the snow."
Snowdrop is a common name. They were also known as Candlemas Veils because they typically bloom around Candlemas or February 2nd.
Snowdrops are an indicator flower signaling the transition from winter into spring. Thus, the meaning of a Snowdrop blossom is Hope.
The word Galanthophile is the name given to people who love snowdrops.
And here's a fun fact: a substance extracted from snowdrops is used to treat Alzheimer's Disease. 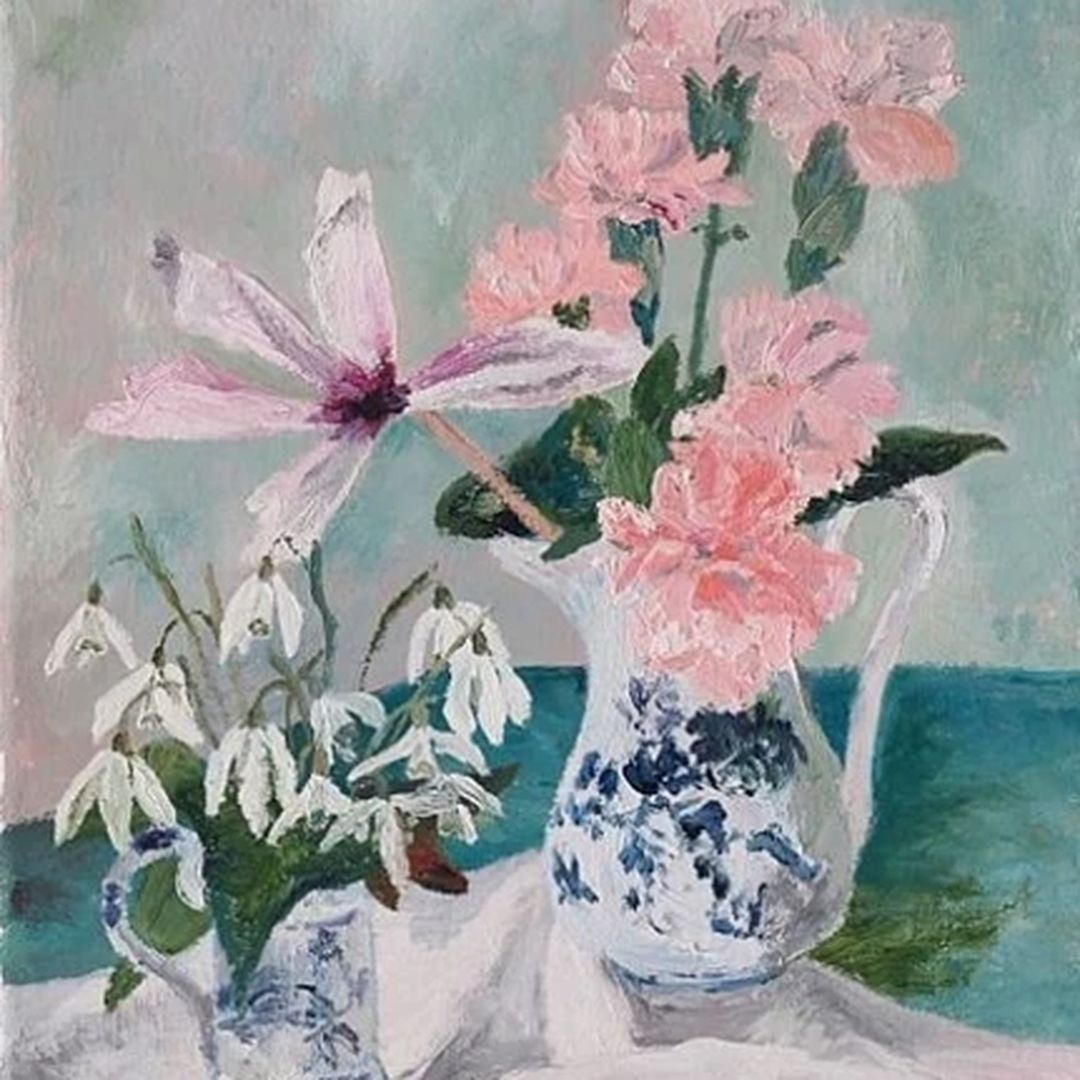 Carnations and Snowdrops by Marie LuisaHlobilová