Queen of the Night

1933  On this day The Journal Times out of Racine, Wisconsin posted a notice about a local sensation: Mrs. William Vyvyan's night-blooming cereus.

"Mrs. Kitty Shephard of Waukesha and Miss Loraine Brehmer of Milwaukee are making an attended visit at the William Vyvyan home. Mrs. Vyvyan had many visitors on Monday evening, who came to see the rare plant, the night-blooming cereus, which had four beautiful blossoms."

Now, generally, the cereus is grown as a houseplant, and it is often a pass-along plant - passed on from one friend to another.
And, you should know, if you get one, that as a plant, it can be a bit of a mess. It's generally rather untidy and unruly. But it can be pruned without hurting the cactus. To create more of the Cereus night-blooming cactus, all you have to do is just pot up the cuttings.

Just keep in mind that the night-blooming Cereus won't flower until it is four or five years old. And, the number of blooms increases as the plant ages. But once it blooms, the white flower is genuinely incredible. It's almost seven inches in diameter and smells divine - which is a good thing since you have it in your home. And it's true. It is a night-blooming plant. The flowers start to bloom at 9 or 10 p.m. and they are fully open by midnight. Then, the morning sun will cause the petals to fall off and die. 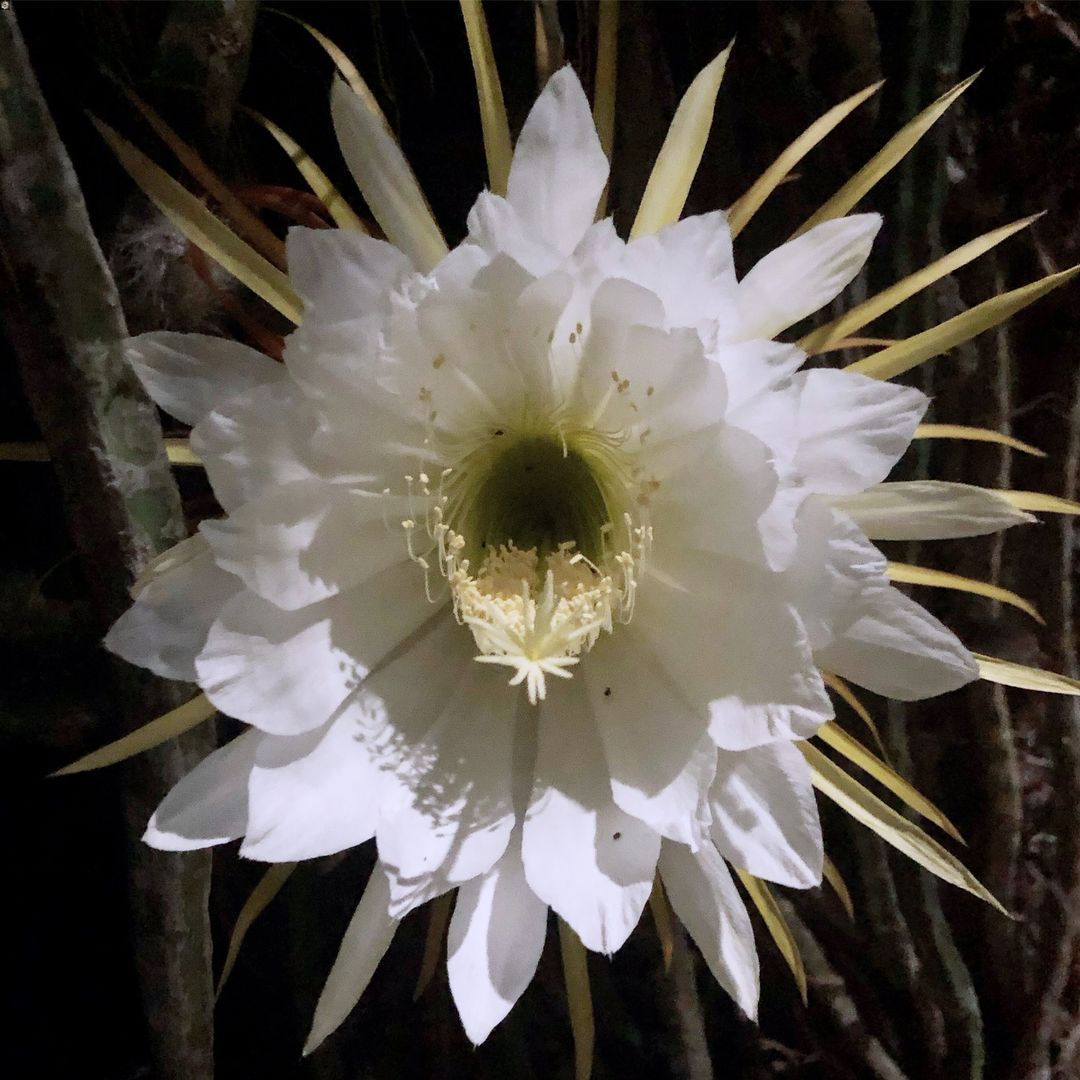