1846  The British naturalist, and women's rights activist, Marian Farquharson was born.
As a botanist, Marian had specialized in ferns and mosses. As an activist, it took Marian and other women four years of petitioning the all-male Linnaean Society to finally allow women to become members.
In 1904, when the issue was put to the vote, 83% of the Society voted to allow women members.
But then a great injustice happened.
When the first fifteen women were nominated to the Society, Marian Farquharson was overlooked.
It took four more years for Marian to be elected to the Society and it finally happened in March 1908. This moment happened to come at a difficult time for Marian. In fact, she was too ill to attend the Society's meeting to officially sign the register.
Four years later, Farquharson died from heart disease, in Nice, in 1912. 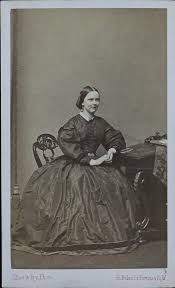 The Massachusetts Horticultural Society Meeting on May 6, 1946
← Glorious Shade by Jenny Rose CareyLet the Dog Days Begin →
Scroll To Top