The Mind and the Eye

February 23, 1879
Today is the birthday of the British plant morphologist and anatomist, botanical historian, and philosopher of biology Agnes Arber.

Since her father was the artist Henry Robertson, Agnes learned to draw as a child, and throughout her life, she illustrated all of her own botanical work. Agnes’ mom, also an Agnes, fostered her love of plants.

Mentored and befriended by the botanist Ethel Sargent, Agnes mastered the microscope. Ethel was a profound role model in Agnes’ life. She not only taught Agnes her earliest lessons in botany, but she also modeled a unique approach to her work because Agnes watched Ethel successfully conduct her work in a small laboratory she had built in her home. Later, when Anges wrote her first book on her dear monocots (which are grass or grass-like flowering plants), she dedicated her work to the woman who was godmother to her only child Muriel Agnes Arber and the brightest beacon in her botanical career and: Ethel Sargent.
In 1909, Agnes married a paleobotanist, Edward Alexander Newell Arber, of Trinity College at Cambridge. And it was thanks in part to Edward that Agnes moved to Cambridge from London and made a life there. Edward promised Agnes that

“life in Cambridge offered unique opportunities for the observation of river and fenland plants.”

Despite Edward’s appeal, for Agnes, Cambridge was tough. Cambridge was a much harder place for a female botanist than London - where Agnes would have had more opportunities, connections, and acceptance.

Sadly, Agnes and Edward would be married for only nine years as Edward died in 1918. And so, before her 40th birthday, Agnes found herself both a widow and a single mother to six-year-old Muriel. After securing help with childcare and household duties, Agnes carried on with her botanical work -  she wrote constantly, she was poorly compensated for her work, and she never re-married.

A few years after Agnes arrived in Cambridge, she started working at the Balfour Laboratory, which was owned by Newnham College and was a place for teaching women. Now, the creation of this laboratory was a direct result of allowing women admittance into Cambridge. And although women could attend Cambridge, they could not go to labs or classes, and so the Balfour Lab became their only option for conducting experiments.

Over the 19 years that Agnes worked at Balfour, the female students gradually disappeared as classes and lab opportunities opened up for them in botany, chemistry, geography, etc. By 1925, Newnham College was ready to sell the lab to Cambridge; they needed the cash, and it seems only Agnes needed the lab.

Yet when Agnes reached out to Cambridge, both the University and the head of botany, Albert Seward, rejected her - suggesting she might seek out a space to work at the botanic garden.  And so, an accomplished botanist and the widow of a Cambridge professor no less was left with nowhere to work. And so, seven years after her husband’s death, Agnes, like her mentor and friend Ethel Sargent, set up a home laboratory in the back of her house over the kitchen. Agnes worked from home for the rest of her life.

A lover of researching whatever captured her curiosity, Agnes allowed her intellect to veer into areas seldom explored by her botanist peers, such as history, philosophy, poetry, and art. Yet, each of these disciplines molded and refined Agnes’s perspective on plant morphology, and they put her in a unique position to write her most impactful philosophical works in the twilight of her life. When it came time for Agnes to publish her final work, Cambridge snubbed her again when they declined to publish it. As per usual, Agnes persevered without the University’s help.

Agnes became interested in botanical history after reading the old herbals. In 1912, Agnes released a book called Herbals: Their Origin and Evolution. Agnes's work reviewed the primary herbals written for a 200 year time period between 1470 and 1670. These beautiful books formed the basis for early botanical education, and, luckily for Agnes, many were housed at Cambridge. In her book, Agnes examined how the plant descriptions and illustrations evolved over time. An instant classic, Agnes forever changed the way herbals were reviewed and written.

In her philosophical work, The Mind and the Eye, Agnes argued that there was a blurred line between the science and art of botany. Botanists cannot fully capture a flower through data alone, just as the painter cannot paint all that a flower contributes to nature. Any gardener who sees their garden with their head and their heart can relate to Agnes’ philosophy.

When she was 67 years old, Agnes became the first female botanist to be elected as a Royal Society Fellow. Two years later, she became the first woman to receive the Linnean Society’s Gold Medal for her botanical work.
Known by many in her circle as the “Lady of Botany,” Agnes wrote,

“A record of research should not resemble a casual pile of quarried stone; it should seem "not built, but born,” as Vasari said in praise of a building.”

Today, you can toast Agnes with a gin made in the UK. The gin is made in her honor and it's called Agnes Arber gin. And it's made with nine botanicals, including angelica, cassia, coriander, grapefruit, iris, juniper, lemon, licorice, and orange. And I think Agnes would be especially touched by the beautiful hand-drawn botanical illustrations on the label of every bottle. If ever there was a female botanist that deserved to be toasted, I believe Agnes Arber fits the bill. 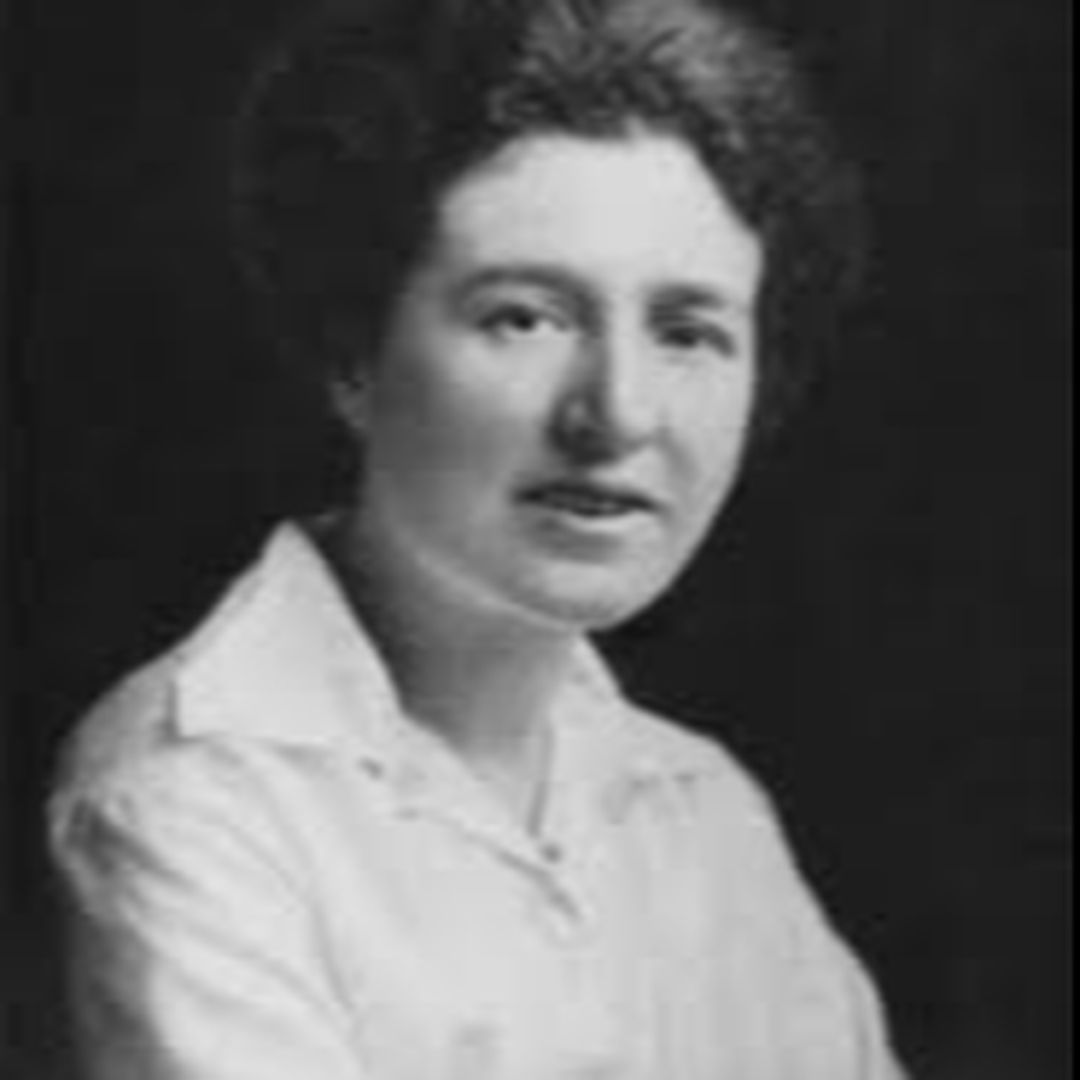