November 27, 1970
Today is the 50th anniversary of the death of the revered German plant breeder, writer, and garden designer Karl Foerster.
Karl was born into an intellectual and accomplished family. His father was an astronomer, and his mother was a famous painter.
Many gardeners are surprised to learn that Karl began gardening at seven after obtaining an apprenticeship. At the age of eight, Karl entered a professional gardening program and studied there for 11 years.
When Karl turned 18, he took over his family’s Berlin nursery, which was a bit of a mess. Karl streamlined the business by simplifying his plant inventory. Although Karl loved plants, he was especially drawn to tough, low-maintenance, hardy perennials. Karl used three factors to determine whether a plant would be sold in his nursery: beauty, resilience, and endurance.
Karl’s high standards brought success to the nursery.
When he turned 24, Karl moved his nursery to Potsdam. There, Karl married a singer and pianist named Eva, and together they had one daughter.
Knowing Karl’s high standards of plants, imagine how exacting Karl was as a plant breeder. Yet, Karl never pollinated flowers by hand. He wanted nature to reign supreme.
Today, Karl Foerster grass is a recognized staple in many gardens and landscapes. The story goes that Karl was on a train when he spied the grass along the tracks. To seize the chance to collect the specimen, Karl pulled the emergency brake, stopped the train, and then quickly collected the specimen that now bears his name. While gardeners have heard of Karl Foerster Grass or Feather Reed Grass (Calamagrostis), many fail to realize the grass was successful because it first met Karl’s high standards for perennials. Karl Foerster grass was the Perennial Plant of the Year in 2001. And, Overdam is a variegated version of Karl Foerster grass.
Karl’s plant performance expectations and his appreciation for low maintenance spaces with year-long seasonal interest helped shape the New German Garden Style of garden design. A Karl Foerster garden had some signature plants: grasses, delphinium, and phlox. Naturally, all of these plants were favorites in Karl’s breeding work.
Karl once wrote,

“A garden without phlox is not only a sheer mistake but a sin against summer."

And he also wrote,

“Grasses are the hair of mother earth.”

Karl was an excellent speaker and writer. His books include these enticing titles: From the Flower Garden of the Future and Blue Treasures in Garden.
During WWII, Karl and his nursery were in the wrong place at the wrong time. To his peril, Karl kept his Jewish friends employed all through the war. Although the war officially ended in Potsdam, the nursery and the rest of East Germany fell under the control of the Soviets. Incredibly, Karl’s nursery ended up being the sole provider of garden perennials for all of East Germany.
As Karl’s work is translated from German into other languages, we continue to learn more about his fascinating career.
The garden publisher and writer Thomas Fischer wrote this about Karl Foerster:

"It wasn’t until I made a trip to Germany in the fall of I993 that I finally found the mother lode of Foerster delphiniums… Exercising superhuman self-restraint, I bought only two, ...two that Foerster himself considered among his best; ‘Berghimmel,’ sky blue with a white “eye” — the contrasting center of the flower — and, for balance, ‘Finsteraarhorn,’ deep gentian blue with a black eye.
Back home, ...in late June, the buds opened: pure, ravishing, longed-for blueness. Delphiniums that Karl Foerster had named over sixty years ago were blooming in my garden. After the flowers had gone by, I cut them back, happy to wait a year for their reappearance. As it turned out, I had to wait only a few weeks: they bloomed again, and again, and again.
That did it. Two delphiniums were not enough. I dispatched a letter … Would they consider shipping plants to the United States, providing one had the proper permit? Yes, they would. Off went an order for twenty-eight delphiniums, plus a few other odds and ends. (You have to grow something with your delphiniums.)”

For his work, Karl won many honorary awards. Karl lived to the ripe old age of 96. In total, Karl spent nearly nine decades of gardening.
It was Karl Foerster who said,

“In my next life, I’d like to be a gardener once again.
The job was too big for just one lifetime.” 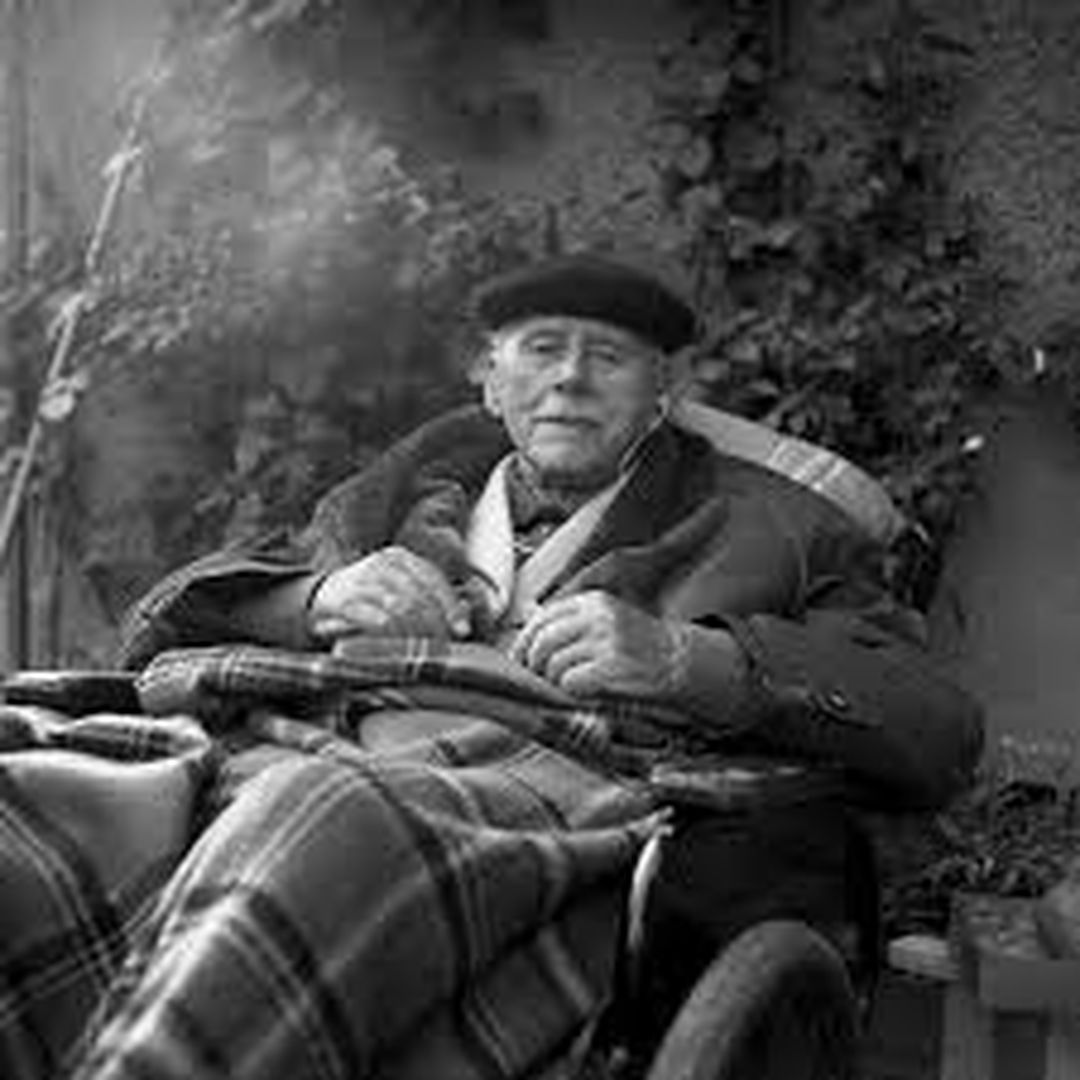