December 8, 1841
Today is the birthday of the California Superior Court judge and gardener James Harvey Logan.
An avid gardener, Judge Logan enjoyed trying his hand at hybridizing. In 1881, Logan was working with blackberries. He crossed a local wild blackberry with a cultivated blackberry known as the Auginbaugh. At the same time, Logan had some Red Antwerp raspberries growing in his garden. In a completely unexpected development, Logan’s work resulted in a cross between his crossed blackberry and the Antwerp raspberry; the result was the Loganberry.
Two years later, the Loganberry was introduced to the public by the University of California.
Santa Cruz County published a feature on the Loganberry, which said:

“The vines or canes of the Loganberry grow entirely unlike either the blackberry or raspberry. They trail or grow upon the ground more like the dewberry. They are exceedingly strong growers, each shoot or branch reaching a growth of eight to ten feet in one season without irrigation...
The canes or vines are very large—without the thorns of the blackberry bushes—but have very fine soft spines, much like those of raspberry bushes… The fruit… has the combined flavor of both berries, pleasant, mild, vinous, delightful to the taste, and peculiar to this fruit alone.
It is excellent for the table, eaten raw or cooked, and for jelly or jam is without an equal. The vines are enormous bearers, and the fruit is very firm and carries well.” 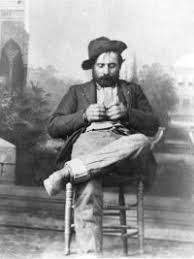